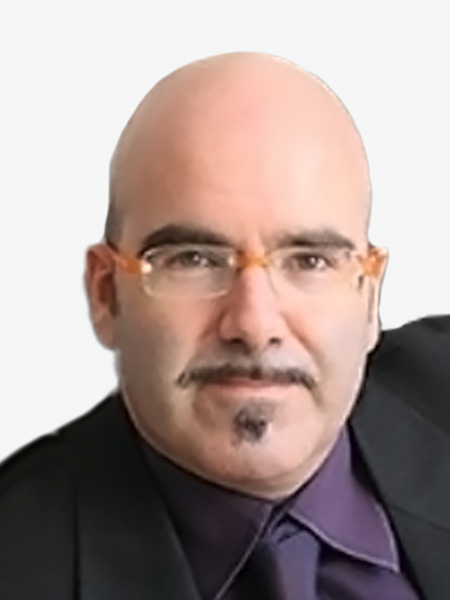 About the author: Marco Fasciglione (Ph.D.) is researcher of International Law at the National Research Council (CNR) since 2011 where he is PI of the research project on Corporate Human Rights and Environmental Due Diligence and the promotion of the Corporate Responsibility (CO.RE.). His scientific experience focuses in general on the international system of protection of human rights, with specific expertise on the impact of business activities on human rights, business ethics and the protection of non-economic values of supply chains. Other research areas include the protection of the environment, the rights of vulnerable categories (migrants, disabled persons, elderly persons, etc.), and the impact on human rights stemming from the development of Artificial Intelligence technologies.

Former legal officer at the European Court of Human Rights, he serves (since July 2020) also in the Management Board of the European Union Agency for Fundamental Rights (FRA). He is member of the ESIL Interest Group on International Business and Human Rights and of the Global Business and Human Rights Scholars Association, as well. In 2002, he has been honored with the Roberto Marrama Prize “In search of talents”, annually awarded in order to prize young ideas’ entrepreneurs of Southern Italy.

Despite the unanimous endorsement of the UNGPs by the UN Human Rights Council in 2011, little meaningful action has been taken since their adoption to guarantee effective remedy to victims of corporate human rights abuse. Remedy is an essential element of any right (1), a human right itself, and accordingly it should be considered a priority for any State genuinely committed to implementing UNGPs.

Indeed, in respect to the negative impact on human rights of business activities, this guarantee plays a significant role in two ways. In the first place, it refers to the connections that exist between the Pillar three’s obligation of States to ensure access to justice for victims of corporate human rights abuses, and the first pillar’s State positive obligation to protect. In this perspective, the guarantee of access to a remedy is a key element through which States fulfil their obligation to protect individuals from human rights violations. This linkage is acknowledged by the very same Guiding Principles under Principle 25, and in its Commentary, where it is emphasized that if States fail to take appropriate measures to investigate, punish and remedy human rights violations committed in the course of the activities of corporations, “their duty to protect can be rendered weak or even meaningless”.

In the second place, close intersections there exist between the right to remedy and corporate accountability. From this side, in order to provide the right to remedy with substance, it should result in some form of ‘corporate accountability’ and, conversely, corporate accountability should contribute to some form of remedies. This turns the attention to the fact that victims of corporate human rights abuse around the world often face obstacles and barriers in accessing remedy, both in the country where the harm occurred (home States) and in the country where the companies involved in the abuses are headquartered (the home states), leading to impunity for companies, with no State taking responsibility for this major accountability gap. Well, in these situations States retain their positive obligation to organize their governmental apparatus and all the structures through which public power is exercised in order to arrange that their domestic systems and judicial machineries be apt to remedy violations when committed in the framework of corporate activities. Discharging this obligation may require amending of existing legislation or introducing new one, and removing existing legal, judicial, de facto, or other kind of barriers to remedy and accountability.

In respect to the Italian legal system, where are we now?

As far as judicial remedies for corporate human rights abuses are concerned, in Italy BHR claims against Italian companies would normally be based on general principles of tort law, with the consequence that courts are not asked to decide alleged violations of international human rights norms. Rather, they are more likely asked to decide alleged violations of norms pertaining to proper societal conduct, or due care with respect to health and safety, labour standards and the environment.

Nevertheless, two promising practices may be mentioned. As far as the judicial practice is concerned, a recent decision of the Tribunale of Milan has tackled the issue of lack of jurisdiction of domestic courts for extraterritorial corporate-related human rights harm, by leveraging the ‘related-proceedings principle’, i.e. the possibility for domestic courts to decide not only on cases falling under their jurisdiction, but also on those cases that are linked to the formers (2). As to the legislative practice, the amended law on class action lawsuits deserves to be mentioned (3). The reformed legislation actually will enter into force in May 2021, introducing the possibility for victims to share the costs of proceedings in case of lawsuits against corporations and, furthermore, includes provisions governing class action lawsuits in the Civil Procedure Code, so to allow class action across all civil rights (4).

Turning to the criminal law realm, the Legislative Decree 231/2001 establishing corporate responsibility for crimes perpetrated in the interest or to the advantage of a legal entity (responsabilità amministrativa degli enti per illeciti dipendenti da reato), encompasses a due diligence process that covers both specific human rights violations as well as severe impacts on the environment, which can be regarded as a pioneer example of mandatory due diligence legislation.

Turning to non-judicial remedies, they can supplement judicial mechanisms in several ways, as they can be more accessible and less costly and lengthy than judicial avenues. A good example is the specific instances mechanism managed by NCPs under the OECD Guidelines for Multinational Enterprises. However, their final decisions are typically not enforceable and require the agreement among the parties of a controverse, so that corporate actors may decide not to sign the NCP statements. This is what happened in the recent case concerning RINA’s involvement in the Ali Enterprises Factory fire, decided by the Italian NCP. RINA, an Italian company specialized in technical and social audit and certification, had been charged for having issued a SA8000 certification to the Ali Enterprises textiles fabric just 20 days before it was devastated by a fire that killed 260 workers and injured 32 of them and that was caused by the lack of a functioning alarm system and of a sufficient number of emergency exits. At the end of a lengthy process of mediation RINA has refused to sing the agreement with the other parties and to take responsibility for the faulty certification (5).

Another example of non-judicial remedies is represented by national human rights institutions (NHRIs) mechanisms. Indeed, NHRIs institutions that comply with the 1993 Paris Principles, have an important role to play in helping States identifying whether national legislations are aligned with their human rights obligations, are being effectively enforced. They may also provide guidance on human rights to both States and companies. Several States worldwide have adopted NHRIs and in many cases NHRIs have been entitled to deal with BHR realm by attributing them consultative functions (6) or powers to provide non-judicial grievance mechanisms (7). Just in this respect, Italy is lagging behind: it has not yet instituted a NHRI, despite formal commitments to do so and its establishment has become by now matter of urgency.