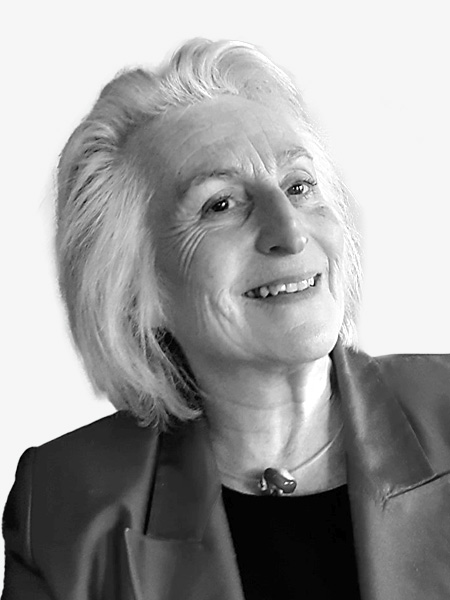 About the author: Catherine Kessedjian is Professor Emerita of the University Panthéon-Assas Paris II. She acts as arbitrator in a selected number of International Commercial and Investment Disputes. She also acts as mediator in French and English including in Business and Human Rights disputes. She is a member of numerous professional organisations, notably the American Law Institute (ALI) and the Institut de droit international. For ALI, she presently acts as a member of the International Advisers Committee for the Restatement on Foreign Relations Law. She is the President of the French Branch of the International Law Association and Vice Chair of the global ILA. Until 2016, she was the Deputy Director of the European College of Paris and Director of Studies of the LLM in European Law. In 2016, she was Visiting Professor at Padova University (Italy) and in 2017 Wainwright Senior Fellow and Visiting Professor at McGill Faculty of Law. She was Hauser Global Visiting Professor at New York University School of Law in 2004, 2008 and 2011, and Visiting Professor at Yale Law School in January 2010. She authored numerous articles on Business and Human Rights and coordinated a volume with Humberto Cantù on Private International Law issues in the field (Springer 2020), in which she wrote the General Report.

Transcript of the intervention of Catherine Kessedjian in the webinar on Corporate Due Diligence and Civil Liability organised by the Nova Centre on Business, Human Rights and the Environment with the support of the Portuguese Presidency of the Council of the European Union in partnership with the British Institute of International and Comparative Law, the Portuguese Ombudsman (Provedor de Justiça), the Teaching Business and Human Rights Forum, and NOVA 4 The Globe on the 25th of February 2021.

The report of the JURI committee with recommendations to the Commission on corporate due diligence and corporate accountability published on the 11th of February 2021 included a proposal to revise the Brussels I Recast Regulation so that a new paragraph 5 would be inserted in Article 8 according to which:

I should make very clear from the very beginning that I don’t think 8.5 is a good provision.

Before I analyse why I disagree with the proposal, I would like to make a preliminary remark. At the jurisdictional level, we need two elements so as to avoid protracted litigation: (1) we need simple, effective rules; (2) we need a very minimal level of evidence required from claimants. Claimants must not be obliged to go through a complicated evidence phase just for the court to know whether it has jurisdiction or not. Access to justice requires that claimants be allowed to establish jurisdiction with as little evidence as possible.

Now, the proposal for an article 8.5 does not seem to take stock of the rules we already have in the Brussels I Recast Regulation. If we are talking about suing corporations who are “domiciled” in the EU (domicile being used in the EU law sense of the word) claimants already can do that with the Brussels I Recast Regulation as it stands now. We do not need to add a provision. Article 4.1 of Brussels I regulation allows anybody in the world to sue a EU based corporation for any activity in the world. This is what we call in PIL jargon “general jurisdiction”. It means that whatever the acts in dispute have been perpetrated, even outside the EU, a court in the EU has jurisdiction as long as the defendant is domiciled in the EU. We therefore do not need the kind of language that we see in the proposed article 8 5.

In addition, if there is more than one defendant, domiciled in any other member State, that additional defendant can be joined easily under article 8.1. Here again, we have all what we need and do not need to have an additional rule.

Now, the situation is very different if we are talking about joining defendants domiciled outside the EU (in third States). That is the situation that we had in the cases like Vedanta,, Shell, or Kik. This is the usual scenario we are confronted with and the real difficulty in practice, because the Brussels I Recast Regulation is silent on this scenario. The consequence of this silence is that this issue is left to member States’ laws. Some member States do allow the joinder (France, Italy, for example). Other don’t allow it. And even in countries where the joinder is possible, the conditions may be different. This situation, for business violations of human rights is not acceptable because claimants do want to have every potential participant in the violation before the same court. It does not matter at this stage whether the other defendants actually did participate in the violations. What is important is that good administration of justice requires that we have an efficient way of getting all those potentially involved before the same court. In order to do that, we just need to supplement article 8.1 by saying that the rule in 8.1 applies to defendants located outside the EU. We could propose a general rule because the joinder may be useful outside the specific cases of business violations of human rights. But if a general rule is not acceptable to member States, then we could limit its applicability to business violations of human rights. A short sentence will suffice.

The only remaining discussion is whether we should keep the severe conditions incorporated in article 8.1 also for business and human rights. My position on this is not fixed. I can see advantages and inconveniences in keeping the requirements. The Court of Justice was clear as to why these requirements are important: avoid abuse of jurisdiction. Therefore, we need to discuss the pros and cons of keeping such strenuous requirements.

In conclusion on this point: we need not add any rule if the defendants are located in the EU. In this case we have all we need. If, however, we speak of joining defendants located outside the EU (this is the reality of all the recent cases we saw in courts in the EU) then we only need to extend 8.1 to them.

The report of the JURI committee with recommendations to the Commission on corporate due diligence and corporate accountability published on the 11th of February 2021 included a proposal to insert a new Article 26a according to which:

Regarding business-related civil claims on human rights violations within the value chain of a company domiciled in the Union or operating in the Union within the scope of Directive xxx/xxxx on Corporate Due Diligence and Corporate Accountability, where no court of a Member State has jurisdiction under this Regulation, the courts of a Member State may, on an exceptional basis, hear the case if the right to a fair trial or the right to access to justice so requires, in particular: (a) if proceedings cannot reasonably be brought or conducted or would be impossible in a third State with which the dispute is closely related; or (b) if a judgment given on the claim in a third State would not be entitled to recognition and enforcement in the Member State of the court seised under the law of that State and such recognition and enforcement is necessary to ensure that the rights of the claimant are satisfied; and the dispute has a sufficient connection with the Member State of the court seised.

It is a bit surprising that the EP is proposing a forum necessitatis rule, because this was proposed in the past and was rejected. To be fair, the present proposal would be limited to business violations of human rights, when the previous attempt was a general rule applicable in all cases. I fully support the proposal in principle.

However, I disagree with the last requirement that “the dispute has a sufficient connection” with the forum. This requirement was, very unfortunately, set by the European Court of Human Rights in the Naït Liman case. It is an unfortunate requirement because the threshold is much too high. In that case, the Court in Strasbourg refused to consider that the fact that Naït Liman was a lawful refugee and resident of Switzerland was “sufficient”. Requiring a “sufficient connection” resemble a classic jurisdictional basis. But in cases where a rule such as forum necessitatis is needed the claimant cannot possibly establish a “sufficient” connection. In consequence, any link would suffice even if it is a tenuous link (requiring a link makes forum necessitatis different from civil universal jurisidiction). For example in France, in an arbitration case, the Court of cassation decided that the simple fact that the ICC (the institution under the auspices of which the arbitration was to take place) was headquartered in Paris was a proper link to use forum necessitatis when the link was far from being sufficient for jurisdictional purposes (NIOC case).

In conclusion on this point, the proposal of the EP should require “a link or connection” but not a sufficient connection.

A final remark about applicable law: we need to neutralise article 17 of Rome II which gives too easy an escape to businesses in Human rights matters. Indeed, the very reason why violations of human rights are possible in third countries is because the level of safety rules is very low. Keeping article 17 will allow, all too often, the defendant to escape liability because it would have respected these minimal rules.

On the contrary, a reverse article 17 should be inserted. By “reverse Article 17” I mean that the defendant would not be allowed to act in the host country in a manner that would not be acceptable or legally possible in its home country, assuming the home country (i.e. a European country) provide a higher threshold of safety than the host country.