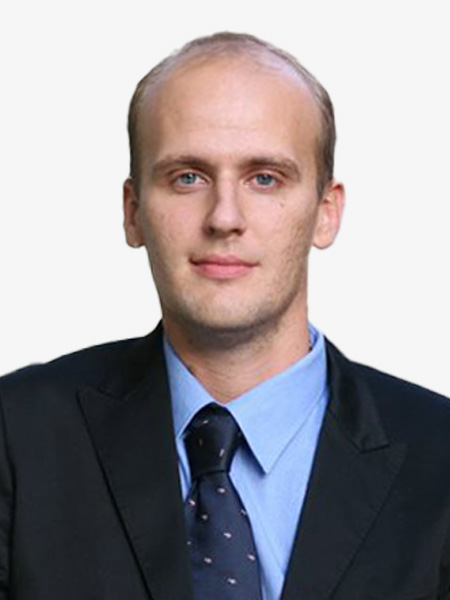 This blog post is based on the intervention of Jernej Letnar Černič in the webinar on Business and Human Rights Developments in Central and Eastern Europe on 12th October organised by the Nova Centre on Business, Human Rights and the Environment and Nova Univerza in Ljubliana.

About the author: Jernej Letnar Černič is Full Professor of Human Rights and Constitutional Law at the New University (Slovenia). He is also Visiting Professor of Law at the European University Viadrina in Frankfurt (Oder) in Germany. He has recently published a monograph on “Corporate accountability under socio-economic rights”, Oxon; New York: Routledge, 2020.

Question: How do you see the implementation of the business and human rights (BHR) agenda in Central and Eastern Europe considering the very different historical background of the region?

Central and Eastern Europe has its own particularities, and the common theme is that they have a joint legacy, they all were before 1990 part of socialist, communist systems that were systematically violating human rights and also creating common mentality in the institutions but also in private sectors. One of the illustrations which we still see nowadays in business operations in Central and Eastern Europe is that the State-owned enterprises have a very important role and this goes back to the old times of socialism. One must recognize that the region itself is very diverse in itself if one compares the States in Central and Eastern Europe that are part of the European Union and those that are not. Concerning business and human rights some of the States in Central Europe have been quite progressive in BHR, they have adopted National Action Plans in the past years, among them Poland, Lithuania, Czech Republic and Slovenia. Those States also adopted a first report after the first period of that adoption. They are quite advanced in the sense that if one compares the implementation, they all have indicators on how to measure BHR. If one looks at the last report of the Slovenian Minister of Foreign Affairs, it includes detailed indicators on how to measure a State’s compliance with the commitments in the National Action Plan.

If one goes further East the situation is quite different, the capacity to advance BHR is weak, further Eastern Europe, particularly in Southern Eastern Europe or post-Soviet countries, many of them have not developed National Action Plans. Just two states have short sub-chapters on BHR in their general National Actions Plans on Human Rights, Ukraine and Georgia. In Southern Eastern Europe the situation is even more concerning because the funders, the EU and civil society from Northern Europe, have been putting money and resources for the civil society to develop baseline assessments on BHR, some of them go back several years, 4 or 5 years. However, nothing has been done since then. Particularly, Serbia is one of the examples where much is going on in the civil society sector, but also in the private sector, companies are very much advanced, particularly EU-based foreign investors, but the government is not on board. The governments of South and Eastern Europe are not on board.

There are some positive examples of how to advance the BHR in the region. One positive example is the influence of the EU-based foreign investors, in Bosnia Herzegovina, Albania, Serbia and Montenegro where those investors today are supply chain. They are demanding that their subsidiaries comply with human rights, but some of them also report and measure human rights. When one considers and examines BHR in Central and Eastern Europe one cannot go without mentioning the deficient rule of law, weak rule of law, weak State institutions and of course these impacts affect how the BHR standards are then translated from theory into practice. There is a lot of collision between State and business’ interests. There is a presence of oligarchs who use their business empires to influence public opinions and some of them to win elections, as we have seen in post-soviet Eastern Europe.

Question: What are the main legislative developments in BHR in Slovenia?

Slovenia adopted three years ago a National Action Plan on BHR, after much discussion. It is a decent National Action Plan, even though it does not have commitments as to Pillar 2 (corporate responsibility to respect). In the last two to three years, the Ministry of Foreign Affairs pushed forward to organise an annual forum on BHR and created a statement for Slovenian companies to sign. The first report has already been adopted with indicators, measuring the compliance of Slovenian State-owned companies and companies in the private sector as well. It’s a decent report, but much has been done better.

At the moment Slovenia is presiding over the EU Council and in this role, the government pushes the commitment towards recovering after Covid-19, emphasizing green policies, sustainability. There is no mention of BHR but indirectly there I would like to see more references on policies of the government and Ministry of Foreign Affairs in this respect. Slovenia has no position on the EU’s parliament directive on mandatory due diligence yet, it has a common position as most of the Central European States have.

When doing business, Slovenian companies do it with French and German companies and they are active also in Southern and Eastern Europe and Western European markets as well. Last week there was an EU Balkans Summit close to Ljubljana, where the EU committed 30 billion of investment for South-Eastern Europe, mostly ex-Yugoslavia and Albania. There is no direct reference to BHR but there is a mention that this investment will be subject to sustainability requirements and also rule of law. I hope the EU really conditions this aid with bliss. I wish that the EU and Slovenian presidency requests countries such as Serbia, Bosnia, Albania, Montenegro, Kosovo and North Macedonia to adopt National Action Plans on BHR. This would be the opportunity to work with the European Commission to persuade national governments to adopt this declaratory programmatic condition.

In the private sector, Slovenian companies are active in Eastern Europe, more in South- Eastern Europe. It seems that they apply different standards abroad than at home. At home, the standards are quite strict regarding human rights protection, anti-corruption, environment and the courts are very much enforcing those standards in labour, administrative law and commercial policies, but then the challenge for the Slovenian government has always been what should it be the position regarding the extra-territorial obligations of the companies doing business for example in Ukraine, Belarus or Russian Federation? Many Slovenian pharmaceutical companies do business in those countries, and the business in further Eastern Europe is different because there is a different mentality, different practices on how to go about the business.

Slovenia has a National Contact Point (NCP), but it only dealt with one case last year about one investment by a British corporation and the natural resources in the Pumori region in Slovenia, but the complaint was turned down by the Ministry of Economy. I would wish that the Slovenia NCP would be more effective.

In Slovenia an important part of the interest is State-owned, the State still has a lot of investment in the industry. Together with another colleague, we have been pushing for the last two to three years that the Slovenian agency or sovereign public company that manages the investment of Slovenian state, that company updates the normative basis for the functioning, of course the company cannot really interfere with management boards and supervisor boards do in State-owned companies, nonetheless, the sovereign holding corporation adopted renewed standards of codes of conduct for State-owned companies also including references to BHR, also to UN Guiding principles and human rights. Not all that there is in the codes of conduct have been translated into the internal documents of those companies. However, some steps are being taken.

One of the challenges I see in the private sector and also in the State-owned companies is how to move beyond reporting non-financial indicators. Slovenian large companies have to report on non-financial indicators of their business operations. How will the companies move on reporting to measuring that impact on the human rights, environment and rule of law in Slovenia? That will be a challenge for many companies, there are not many companies that do that yet. There is an insurance company that has been advancing reporting and supervision on global supply change mechanisms, but most of them just fulfil the requirements under the non-financial reporting EU Directive. Slovenia is perhaps a success story on BHR at least in theory and in formal documents, but I would like to see more commitment from the companies themselves, also in extraterritorial operations of Slovenian companies in Central and Eastern Europe.