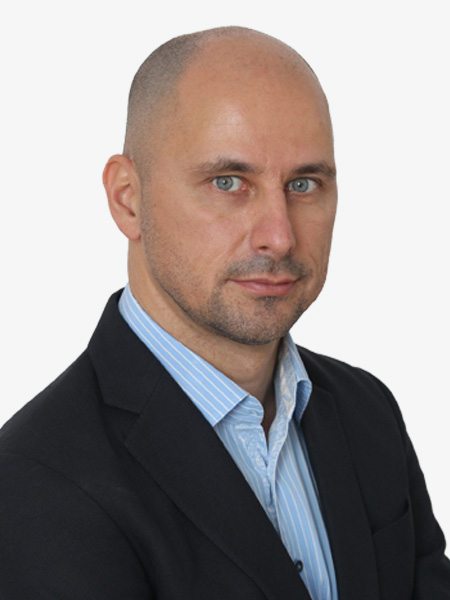 This blog post is based on the intervention of Siniša Milatović in the webinar on Business and Human Rights Developments in Central and Eastern Europe on 12th October organised by the Nova Centre on Business, Human Rights and the Environment and Nova Univerza in Ljubliana.

About the author: Siniša Milatović is an expert on business and human rights, and is currently serving as a Business and Human Rights Specialist with UNDP. He is responsible for developing global programming and providing expertise on business and human rights to colleagues and partners in Africa, the Middle East, Asia, Latin America, and Eastern Europe and Central Asia. Siniša has 20 years’ experience as a human rights lawyer, advocate, researcher and manager of donor-funded projects in over 30 countries and territories in Asia, Africa and Europe. He has a DPhil with a focus on corporate accountability from the Faculty of Law at the University of Oxford, as well as an MA from the Fletcher School of Law and Diplomacy and an LLB from the London School of Economics and Political Science (LSE).

Question: How did the pandemic affect business and human rights issues, particularly in Central and Eastern Europe?

Covid-19 has been a setback for business and human rights (BHR) in the region and beyond. The social contract between workers and companies has been negatively impacted by Covid-19: we’ve seen an increase in the number and scope of labour rights and human rights abuses, including violations of health and safety, freedom of association and widespread discrimination in the workplace. It is difficult to see this trend improving in the region in the near term, at least as long as Covid-19 is ongoing.

A more optimistic view is that the baseline was so low in terms of the awareness and implementation of the BHR agenda, that is not necessarily a huge setback in this regard (even though it obviously is for the rights of workers and communities impacted by businesses). It is not as if huge gains were necessarily lost in terms of creating legal and institutional frameworks to advance BHR and to promote the implementation of the UN Guiding Principles. Looking forward: when the pandemic subsumes we will need to build back better through the BHR agenda, as the region will still need to tackle the endemic and structural issues besetting it, including migrant worker outflows, widespread labour rights abuses, a shrinking civic space, a challenging environment for trade unions, state capture by monopolies and state-owned enterprises, weak rule of law and a lack of independent institutions.

Question: What has been the role of the UNDP in advancing the BHR agenda in Central and Eastern Europe?

UNDP started a regional programme in Asia 5 years ago that has now evolved to 11 countries where its programme has three key elements. Firstly, it is supporting governments to develop National Action Plans on BHR. Secondly, it is also working with civil society and National Human Rights Institutions (NHRIs) to help victims of business-related abuses to obtain action to remedy and thirdly, working with corporations through training them with human rights due diligence and providing other kinds of advice in getting to implement the UN Guiding Principles. This programme is being scaled up, last year we had our first regional forum on BHR for Eastern Europe and Central Asia. This region (according to UNDP’s internal division) covers countries that are not in the EU, ranging from the Western Balkans, to former CIS countries in Eastern Europe and the Caucasus, to Central Asia.

Last year the first regional forum for Eastern Europe and Central Asia focused on the state on the BHR on the region, raising awareness, getting people to network, enabling networking on BHR between academics, practitioners, companies, governments, civil societies, and NHRIs. The principal idea being that we need to form a critical mass and we know where we are in Eastern Europe and Central Asia. We are hoping to build the same sort of networks that we’ve supported in Asia, where in our inaugural regional forum 6 years ago we had 120 people and last year we had 6000 people. The discussion has evolved so much that we are aiming to replicate that level of thinking, of evolution and practice as we have had in Asia and are now having in Africa as well. That is essentially our role, and we aim to carry out programming through our country offices, which support civil society organizations and NHRIs. For instance, in Ukraine we are developing a dedicated programme on BHR, in Turkey we have trained companies in using a tool we’ve developed called rapid self-assessment on Covid-19, the idea being that companies could assess themselves in term of their compliance with their obligations under the UNGPs. We are also planning on using another tool we developed to train companies on Human Rights Due Diligence in the region.

Question: What are the possible ways to make companies change or adapt their behaviour towards human rights practices?

There are broadly speaking three ways in which international norms can influence states and private actors: persuasion, sanction and acculturation. The first seems unlikely. While some businesses have truly internalised a human rights mindset, there hasn’t been a “come to Jesus” moment on a broader scale, where businesses begin believing in the gospel of human rights yet, and it appears unlikely there’ll be one soon. Awareness-raising events such as this, and the UN Regional Forum are helpful but have proved insufficient to date.

The second means of spreading international norms – sanctions – is weak in our region. The fact is that there is little empirical evidence that businesses’ bottom lines are harmed by violating human rights. From this perspective, if businesses’ values haven’t shifted, getting them to see the benefits of respecting human rights hinges on the idea of reputational risk and lots of consumer pressure. Unfortunately, that is not necessarily present in our region, and certainly not when it comes to labour rights (though perhaps there is an increased willingness to hold business accountable for environmental degradation).

Businesses are also unlikely to face sanctions from workers and civil society organisations. Again, this is tough when trade unions have been weakened and CSOs are finding it tough because civic space is shrinking across the region.

The main hope that I can see is that the mandatory human rights due diligence laws in the EU member states and the upcoming EU legislation will have a spillover effect, both by introducing effective sanctions on businesses and by incentivizing acculturation – the desire of businesses to be seen as responsible by their peers in the EU and beyond. Thus, on the whole, considering the shrinking civic space, the weakness of trade unions, and the difficulty of presenting a business case for “selling human rights” to corporations, the main hope we have right now would appear to be laws and policies from beyond our borders.