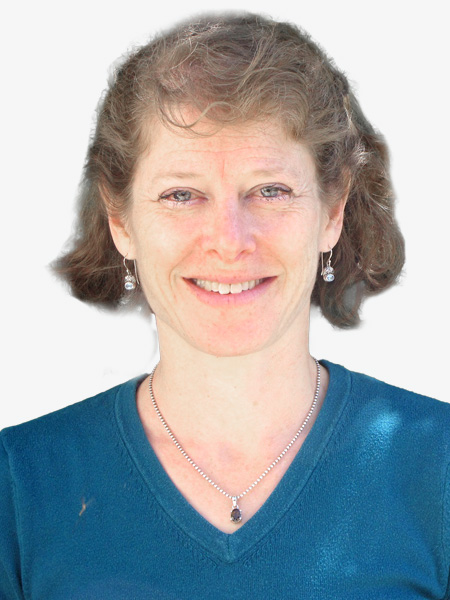 About the author: Elizabeth Umlas is an independent researcher and consultant who has worked in the field of business and human rights since the early 2000s. Based in Switzerland, she divides her time between teaching (University of Fribourg, Oxford University) and undertaking consulting and research projects primarily for international organizations and academic and not-for-profit entities. She has spent several years working in the area of socially responsible investment (SRI), and most recently has advised global union federations on engaging institutional investors around workers’ fundamental rights. Liz is a senior fellow at the Croatan Institute, an independent research institute in the U.S. that works at the intersection of sustainability, finance and economic development. She is also a co-founder of Sustainable Finance Geneva.

Institutional investors have been gaining attention in recent years within the sphere of business and human rights. Importantly, there is a growing consensus that, like other for-profit enterprises, institutional investors must uphold their responsibility to respect human rights. They were also were among the supporters of the Swiss Responsible Business Initiative (RBI) (1).

Why would investors support the RBI? Besides the ethical and human rights arguments for doing so (investors should care about their companies’ respect for human rights and environment overseas just as much as they care about these impacts at home), there is also a self-interest argument. That is, one impact of the initiative, properly implemented, would have been the prevention and mitigation of serious human rights abuses and environmental impacts overseas associated with Swiss multinational corporations (MNCs). Because the public is increasingly linking badly behaving companies with the entities that invest in them, the RBI could have mitigated legal, financial, operational, reputational risks for those companies’ investors.

Investment focused explicitly on ESG factors – a segment loosely called socially responsible investment (SRI) – is growing rapidly. A recent study found sustainable investments in Switzerland rose to 1.16 trillion CHF of assets under management (AUM) in 2019, a 62% increase from 2018. The numbers in other regions tell similar stories (2).

This growing sub-group of investors is increasingly speaking out in support of exactly the kinds of issues the RBI was intended to address. For example, in April 2020, 105 investors with $5 trillion in AUM  publicly supported mandatory human rights due diligence (mHRDD), arguing that such regulation is “materially good for business, investors and the economy”, that the spread of this kind of law helpfully levels the playing field for companies and investors and that it allows investors to fulfil their own responsibility to respect human rights.

Likewise, during the RBI campaign, 27 institutional investors from Switzerland and abroad, representing 808 billion CHF in AUM, urged the Upper Chamber of the Swiss Parliament to support mHRDD legislation as envisioned under the RBI. The fact that the statement represented Swiss and foreign investors demonstrates the importance of Swiss companies’ behavior for the portfolios of both sets of investors, as well as the stakes of the vote for the wider investment community. It is possible that more Swiss investors supported the RBI concept, but not many said so publicly. As Vincent Kaufmann, CEO of Ethos Foundation (a signatory of the statement), told the Swiss press in November, he was quite surprised more investors did not speak out in support, given the alignment between the RBI’s demands and the goals of sustainable investors (3).

Obviously investors are not monolithic, and many maintain a narrow focus on the “financial materiality” of ESG issues rather than on the increasingly accepted emphasis on risks to rights-holders. But an increasing percentage of investors are long-term-focused and are coming to understand the risks of poor corporate behavior to all stakeholders, including themselves.

In terms of what happens next, the fact that the weak counterproposal will prevail is a setback for those investing in Swiss companies, as they will continue to be exposed to the risks of poor behavior by these companies as well as the lack of a level playing field. While Switzerland will now have a mandatory non-financial reporting requirement, much ink has been spilt on the inadequacy of corporate reporting on human rights in particular, a failing that has serious negative implications for affected stakeholders because it obscures what is really happening on the ground. What is more, it will again be left to companies to decide what and how to report, which is a problem from the standpoint of transparency and accountability.

Just as importantly, investors are moving beyond company reporting as their only, or even main, source of information. Responsible investors are taking an increasing interest, for example, in obtaining direct accounts from workers, local communities and other stakeholders whose rights and environment are harmed by their investee companies. There is a growing realization that relying heavily on company reporting is not the best strategy for improving their own work as stewards of capital. Investors therefore can, and hopefully will, be an important lever to hold Swiss companies to the new requirements, weak as they might be.

A few final words about the importance to investors of the trend, in several jurisdictions, towards mHRDD. Rising investor – and public – support –for mHRDD is not likely to diminish. And mHRDD would make investors’ job easier. For example, a law that brings companies up to the same level on required HRDD would lessen the need for shareholders to constantly file resolutions urging individual companies to address their adverse human rights impacts. It’s also more efficient than leaving things to litigation, though of course this remains an option. Indeed, investors themselves have sued MNCs in recent years over losses connected to the failure to disclose, and the failure to address, human rights risks associated with their operations.

As investors are aware, the Swiss government and Swiss companies will have to get in line as the EU progresses on mHRDD. None of these actors can remain isolated from developments outside the country, such as the increase in the number of jurisdictions considering imposing mHRDD on companies for their supply chains and controlled entities, which could eventually implicate Swiss companies and investors. These investors would therefore do well to join – or continue to support – the discussion on advancing corporate respect for human rights and the environment through mHRDD, and to insist on having a place at the table and a voice in shaping this debate.