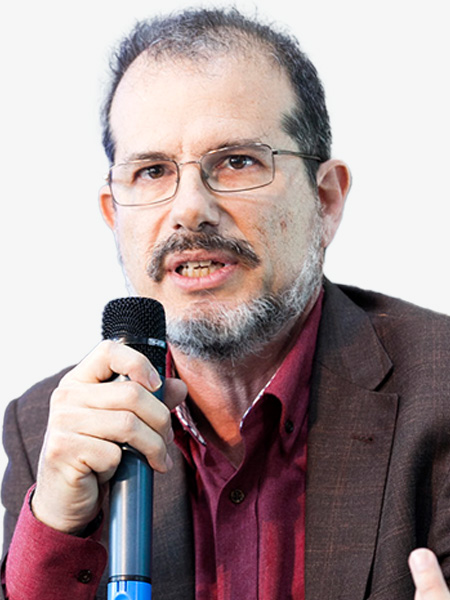 About the author: Since 2000, José Carlos González has been working on issues around the regulation of sustainability and corporate social responsibility. Since 2004, he is head of the CSR and Sustainability Department in the Workers’ Commissions Union (Comisiones Obreras/CCOO). Since 2008, he has been acting as an advisor to the State Council on CSR, a quadripartite government advisory body attached to the Ministry of Labour. He has a blog dedicated to the eco-social change and its necessary regulation, with a dedicated space to the monitoring of case law relating to business and human rights. He has published several articles and intervened in a number of events, including in the International Congress on Business and Human Rights (Seville, 2013) and a recent written contribution in the occasion of the ILO Centenary “Towards sustainable governance?” (¿Hacia una gobernanza sostenible?/2019).

This post is a brief summary of the strategy and action initiated in the face of the enormous resistance to effective regulation – which began in the 70s – in relation to companies’ impacts on society (sustainability). In the 90s, this resistance materialized itself through the reaction towards a proposal from Amnesty International to regulate these impacts from a human rights perspective.

In Spain, we started to disseminate this strategy in practice through the proposal of Professor J. Ruggie in 2004. The positioning of the trade union movement (ITUC, CES, TUAC) merged with that of civil society organizations (more focused around human rights) and academia. From 2004 to 2011, with a government more sensitive to social rights, there were timid legislative developments: The Sustainable Economy Act (Ley de Economía Sostenible/LES), or the creation of the State Council for Corporate Social Responsibility (Consejo Estatal de Responsabilidad Social de las empresas CERSE). During that period, Spain played an important role at the international level, including in relation to the International Criminal Court. Towards the end of that period, the National Action Plan of Business and Human Rights began to be developed. Trade-unions participated in this cross-cutting, proactive, and participatory strategy (see).

At that moment, a dark period began in Spain’s history regarding socio-labor and environmental issues (with a conservative government from 2011 to 2018). The State Council for Corporate Social Responsibility was paralyzed, the developments in relation to the Sustainable Economy Act were halted, Spain positioned itself against regulatory developments in International Criminal Law, legislation unfavorable to claimants was passed (the ‘Gag Law’ Organic Law 4/2015, is a good example) as well as legislation adverse to supporters of social and labor rights, with a labor reform that weakened the power of collective agreements, trade unions, and also adverse to the environment (the so-called ‘Sun tax’ is a good example). Moreover, the draft of the already deficient National Action Plan on Business and Human Rights was set aside.

The relationship between economic crimes (the concept of economic crimes against humanity cannot be overlooked) has much to do with the adverse impacts of the business world, contrary to this necessary legislation. This period has also been characterised by multiple scandals of public-private corruption, to varying degrees and modalities. Human rights degradation needs to be more accurately visualized through the lens of economic crimes as well as the relationship with daily tragedies: Poverty, inequality, modern slavery. I have to point out that H. Dionisio addresses the latter issue perfectly in his article (from the General Confederation of Portuguese Workers, which we greeted on its 50th Anniversary).

It was during this period of deregulation that emerged the possibility of a Binding Treaty, which we supported in the face of the significant opposition to the idea of imposing any type of legally binding obligation, away from a voluntary attitude that sought to consolidate itself through an ambiguous and not very effective legislation. The “balm effect” (one of the faces of the so-called ‘greenwashing’) of having action plans (from governments and companies) has been disastrous. It has strengthened corporate power and impunity (Lex Mercatoria).

Nowadays we have a new government in Spain which incorporates human rights and some of the regulatory elements that were paralyzed in its “progress governance agreement” (announcing a new National Action Plan on Business and Human Rights, the reactivation of the State Council for Corporate Social Responsibility, the cancellation of the labour reform, and the commitment to develop regulations which had been paralysed: on corporate balance sheets, equality, taxation…). We are following the same strategy, trying to realize the meaning of the ILO’s Centenary discourses and the realization of the 2030 Sustainable Development Goals. Our current strategy remains the same: we defend the Binding Treaty to prevent the United Nations Principles on Business and Human Rights from being nothing more than voluntary good practices. To this end, it is critical to preserve both the principles and the spirit of the United Nation’s resolution which initiated the process towards a binding treaty, and also the spirit of the UN Guiding Principles: the obligation of the state to protect – we urge states to abandon that neutral position facilitating corporate power – to respect, to remedy. It is precisely this obligation of states that has been recalled both in the last statement of the platform defending the Treaty (See) and in the position of the international trade union movement (ITUC – see).

However, today, the beginning of this new era seeking to make up for lost time has been fractured by the COVID19 pandemic, coupled with threats to the rule of law by cert in authoritarian governments (Trump, Bolsonaro, Orban) and contrary to the regulation of environmental impacts – water, land, air, and their property – which have very important implications on human rights. While writing this article, one of these threats – in the most powerful country on the planet – has now lost the elections.

Spaces of action and hope / The right to decent working conditions

A new social contract, the European Social Charter, due diligence (in supply chains and investment), a new labour statute, the 2030 Agenda, combating climate and environmental change, and now, a Next Generation and a great example that has been the conditionality to the respect for the rule of law. Not everything can be limited to mere statements and plans. It is necessary to disseminate complaints and actions. To protect claimants. The path is also open to achieve respect with human rights and decent work through the effective use of transparency and accountability mechanisms, especially at the European level (the Non-Financial Information Directive with its link to other directives and regulations). At the conceptual level, it will be essential to push for information which is relevant, accessible, and comparable. Comparability will be necessary not only for business balance sheets, but also for human rights plans, and government strategies. It is to these issues that this comparative academic exercise is dedicated.

PS: This article, its updates, and added attachments can also be found in the blog mentioned at the start of the post.