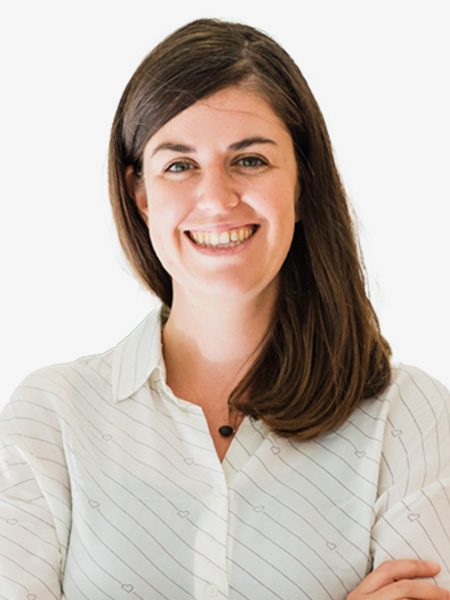 About the author: Athina Sachoulidou is an Assistant Professor in Criminal Law at the NOVA School of Law in Lisbon, Vice-director of the Research Centre CEDIS, and Research Associate at the NOVA Knowledge Centre on Business, Human Rights and the Environment. Her research focuses on European and international criminal law, corporate and financial criminal law, and the intersection of criminal law and new technologies.

‘[…] effective, proportionate and dissuasive sanctions’ – this is the traditional formula, also known as the ‘minimum triad’ (see Commission of the European Communities v. Hellenic Republic, CJEU, September 21, 1989: par. 24), that is used to describe the sanctions with regard to legal persons in various legal instruments adopted by the EU legislator. Through those instruments, (s)he seeks to address various criminal phenomena – by regulating inter alia the corporate liability for criminal conducts, including violations against human rights, such as the trafficking in human beings (see Arts. 5-6 Directive 2011/36/EU), and the environment (see Arts. 6-7 Directive 2008/99/EC).

The EU scheme of corporate sanctions provides the national legislator with great discretionary power in choosing the nature of the sanctions to be threatened in law and imposed before the courts. Those can be either criminal or non-criminal, on the condition that the apparatus of punishment contains monetary sanctions. At the same time, the use of alternative (additional) sanctions, ranging from exclusion from entitlement to public benefits to temporary or permanent closure of establishments used for committing the criminal offence, remains possible (see, for instance, Art. 9 Directive 2017/1371/EU). The idea that lies behind that scheme is that sanctions are ‘closely tied to national cultural, social and historical roots’ (Satzger 2019: 116), and the Member States’ national identity shall be respected by the Union (Art. 4 [2] TEU).

Against this backdrop, the Greek legislator rejects the idea of corporate criminal liability stricto sensu and provides four alternative channels of punishing criminal conduct in the corporate environment (see Papaioannou 2012: 207-230):

1. personal criminal liability of the representative of the legal person; the concerned individuals are considered as direct perpetrators or co-perpetrators of the offence at stake on the basis of distinctions aligned with the type of the corporation they represent (e.g., Art. 67 Law 4174/2013 on tax related issues);

2. joint liability of the corporation and the natural persons-perpetrators, whether representatives or employees of the corporation, for imposed fines (just a few provisions of this kind remaining active today); this is a solution to be subsumed (at least at first sight) into civil law, but in case of natural persons, this is a way to turn penal liability into civil one by violating in practice the personal character of criminal sanctions;

3. criminal law provisions, the subject of which is described as ‘the employer’, ‘the producer’, ‘the constructor’ etc. (e.g., Art. 25 Law 2224/1994 on issues related to labour, union rights, the hygiene and security of employees); the design of those provisions may allow the conclusion that the legal person is the subject of liability, but in reality, it gives rise to interpretation related problems concerning the identification of the natural person to whom the criminal liability should be attributed; and

4. special administrative sanctions threatened against legal persons for violations pertaining to the subject matter of criminal law (e.g., Art. 30 Law 1650/1986 as amended by Law 4685/2020 on the protection of the environment); those sanctions represent the basic tool of corporate liability ex crimine in the Greek legal order inasmuch as they are threatened and imposed directly against the legal person.

Turning the spotlight on the aforementioned administrative sanctions, it should be distinguished between: i) the cases in which those sanctions are to be found in provisions exclusively designed by the national legislator, who does not provide any further rules concerning the establishment of the legal person’s liability; and ii) those in which the liability is shaped on the basis of EU rules transposed into the Greek law and the minimum standards included in the latter (e.g., Art. 3 Law 4198/2013 as amended by Law 4280/2014 on combating and preventing trafficking in human beings) (see Papaioannou 2012: 222-230; Kaiafa-Gbandi 2015: 81-107). Those two kinds of provisions might co-exist in the very same law (e.g., Art. 28 and 30 Law 1650/1986 as amended by Law 4685/2020) without any further clarification regarding their subjective scope – leading to misunderstandings of the kind of the legal person’s liability and the sanctions threatened against it.

Such a brief presentation of the solutions adopted by the Greek legislator already implies that the latter has reached a less ‘popular’ decision, given that only Greece, Slovakia and Bulgaria insist in imposing administrative sanctions against legal persons, while the rest of EU countries have opted for criminal or hybrid solutions or they are in the process of doing so (cf., for instance, the German draft law on punishment of corporate criminal acts included in: ‘Entwurf eines Gesetzes zur Stärkung der Integrität in der Wirtschaft’ June 22, 2020). In that way, (s)he follows even indirectly the prevailing opinion in the Greek legal scholarship, according to which the introduction of a system of corporate criminal liability would violate the fundamental concepts, such as the human-act-oriented principle of guilt, and the ultima ratio character of criminal law, and it would be incompatible with the very purposes of the latter, namely the repression and prevention of criminal behaviour (see, for instance, Kaiafa-Gbandi 2005: 255-261; Spinellis 2003: 99-100; Spirakos 1994; 2002; on the contrary Papageorgiou-Gonatas 2002).

Irrespective of its popularity, the Greek model of corporate liability ex crimine is associated with various risks that challenge its efficiency or even its fairness. As far as the limb of individual liability is concerned, the natural persons, who are to be considered responsible for the wrongful corporate conduct, are not always identifiable due to the parallel action of several persons or complicated hierarchical structures existing in the corporate environment. And if identifiable, they might become convenient scapegoats within the corporation concerned. Turning to the limb of corporate liability, the sanctions threatened might be harsh (if not draconian), but they are not necessarily enforceable in the Greek financial environment. Besides this, and concerning the overall regulatory technique, it remains questionable to what extent such a multi-layered but rather disorganised model can address more complicated threats arising, for example, from the digitalised working environment, as well as whether this fragmentary approach to corporate liability coupled with overregulation and over-frequent revisions, phenomena particularly usual in the Greek legal order, can actively attract future investors.

With that in mind, the Greek legislator does not have to adopt a popular solution, but a clear and uniform model of corporate (whether criminal or not) liability for unlawful acts, including human rights violations that amount to criminal offences – a model that will provide comprehensive rules not only on the sanctions but also on the way liability is established.