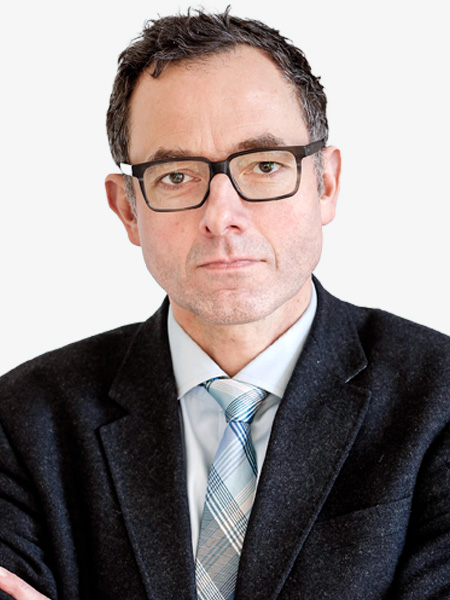 About the author: An alumnus of the College of Europe, Bruges (promotion Stefan Zweig), Professor Dr Geert van Calster is an independent legal practitioner at the Belgian Bar. His boutique practice focus is on conflict of laws (private international law), EU and international regulatory law (especially environment), and international and EU economic law. Geert is full professor (professor ordinarius) in the University of Leuven where for 11 years (2009-2020) he served as Head of Leuven Law’s department of European and international law. Geert is also senior fellow at Leuven’s Centre for Global Governance Studies. Geert is on the indicative list of WTO Panelists. Prof van Calster is a visiting professor and senior fellow at Monash University’s Law faculty (Melbourne), visiting professor at the China-EU School of Law in Beijing, visiting professor at King’s College, London, and adjunct professor at American University. He was previously i.a. a visiting lecturer at Oxford University. He was called to the Bar in 1999 after having worked as of counsel to a City law firm since 1995.

The following blog post is largely based on the intervention of Geert van Calster in the webinar on Corporate Due Diligence and Civil Liability organised by the Nova Centre on Business, Human Rights and the Environment with the support of the Portuguese Presidency of the Council of the European Union in partnership with the British Institute of International and Comparative Law, the Portuguese Ombudsman (Provedor de Justiça), the Teaching Business and Human Rights Forum, and NOVA 4 The Globe on the 25th of February 2021.

My fellow commentators’ have excellently reviewed recent cases involving corporate due diligence litigation in the Member States. They show an often frustrating, and always long and extensive discussion in national courts about the very jurisdictional basis on which one may take corporations in the EU to court on the basis of human rights violations and general due diligence violations across the value chain globally. This includes the extent to which one could pull the subsidiaries and/or other parties of the value chain into the courts of the Member States.

As a practitioner who is involved in some of these cases, in the Courts of England and Wales, and in the Courts of the low countries as well, I tend to look at these proposed changes not only from a scholarly point of view, but also from the point of view as to whether they will change anything in practise or indeed confuse. A general point of attention in my analysis on these issues, is that, in my experience, one has to be cautious in introducing – however well-intended they may be – new rules into either jurisdictional basis or applicable law. One has to be sure that it is very clear what the conditions of application are. Otherwise one simply inserts an extra layer of complexity, in an area in which there is already very long-winded jurisdictional battles, as has been pointed out in the Netherlands, but also in England and Wales.

If one looks with this view at the proposal of the report of the JURI committee to introduce a new paragraph 5 of Article 8 in the Brussels I Recast Regulation, it suggests that an undertaking domiciled in a Member-State, presumably over and above its place of domicile – the place of domicile is something which Article 4 of the Regulation would already guarantee as a place where one could be sued – could also be sued in the Member-State where it ‘operates’, but only when the damage caused in a third country can be ‘imputed’ to its subsidiary. That is the link that is being made between the newly proposed Directive on corporate due diligence and the Brussels IA Article 8(5) “anchor jurisdiction”, as it is often called.

Perhaps I do not see clearly what the idea is here, but I cannot see what this actually adds to what we already have at the moment. At the moment, as suggested, one can sue any undertaking in the EU on the basis of Article 4 of Brussels Ia for claims that relate to almost anything. At the jurisdictional level it is in principle really straightforward to sue an EU-based corporation at its place of domicile. This does not of course exclude a Member State court from summarily dismissing the case on the basis of the merits of the claim.

It is not made clear what this ‘operation in other Member States’ would entail. Would it be simply that one offers one services and goods in those other Member-States, would one have to have some sort of establishment in that Member State? None of that is made very clear.

I also really do not think that it would add much in substance to the possibility which claimants already have. In the cases which have been discussed by my fellow speakers, for instance, I do not believe that in the Shell case in the Netherlands it would have been very useful to sue the company in Sweden, in Croatia, Portugal or indeed any other of the 28 Member States. Hence: what possibility are we actually adding?

Importantly, the proposal as suggested does not clarify anything as to what in my experience is one of the most important stumbling blocks at the moment in suing mother-corporations for damage occurring outside of the EU, which are the infamous Articles 33 and 34 of the Brussels Ia Regulation.

For those who are not familiar with Private International Law, Articles 33 and 34 allow a Court in a Member-State to stay a case if there is a related proceeding outside of the EU, in the event what is called the sound administration of justice would justify that the case in the EU be stayed. In other words, there is a proceeding pending outside of the EU and the court in the EU MS can say that, as the proceeding is so closely related to what we are discussing here, the sound administration of justice demands that I stay my case and no longer discuss it.

Those articles at the moment are being litigated mostly in England (as several cases brought pre-Brexit continue to have importance), famously, for example in “Municipio de Mariana”, a case concerning one of the dam collapses in Brazil. In that case the judge in England, at the moment, is putting quite some obstacles in the way to sue among others a mother corporation which has its headquarters in London, because, as suggested by defendants at least, there are related pending proceedings in Brazil. This case is now at the Court of Appeal for consideration of whether we can appeal among others the A33-34 issue. It illustrates how Articles 33 and 34, unless there is some clarification, or unless further direction is given to judges on how to apply these provision, may be a formidable stumbling block in seeking ‘global justice’ in the EU. I have a paper forthcoming on the Articles and the early case-law on them.

I do not think an Article like Article 8(5) actually adds much at all. In the Parliament’s report Articles 33 and 34 are not being discussed.

Turning now to the proposal of the report of the JURI committee to introduce a new Article 26a providing for a forum necessitatis.

The forum necessitatis idea, effectively means using courts in the EU as sort of a court of last resort, if for all sorts of reasons there is a problem of access to justice in the courts outside of the EU. The conditions that are attached and included at the very end of the provision are that there be a sufficient connection with the Member-State or the Court seized. Here as well I think there are similar concerns as to those Catherine Kessedjian pointed out in her analysis.

This forum necessitatis clearly would add an extra, a completely new forum that would be added to the arsenal of Brussels Ia. Such proposal was also made by the European Commission when they reviewed the main jurisdictional rules of Brussels I in 2012. It was in fact the European Parliament that rejected these proposals, not because they do not believe in the sound administration of justice for business and human rights and other cases, but because they pointed out that the more the EU expands its jurisdictional rules to cases that have less of an immediate link with the European Union, the more, of course, it is likely to be confronted with existing proceedings elsewhere and with policy concerns, about the EU interfering in issues which are not necessarily of their business.

It is therefore somewhat surprising that, despite there not having been changes at the international level in terms of international consensus on jurisdiction, we see this is being proposed again, although by the Parliament this time, and again without any detail as to what that ‘sufficient connection’ might mean.

Lean and mean jurisdictional rules assist with speedy justice. Protracted lines of enquiry over vague or sometimes even redundant civil procedure provisions, do not.

Note: The proposal is that a new paragraph 5 be inserted in Article 8:

And that a new Article 26a be  inserted:

Regarding business-related civil claims on human rights violations within the value chain of a company domiciled in the Union or operating in the Union within the scope of Directive xxx/xxxx on Corporate Due Diligence and Corporate Accountability, where no court of a Member State has jurisdiction under this Regulation, the courts of a Member State may, on an exceptional basis, hear the case if the right to a fair trial or the right to access to justice so requires, in particular:

1. if proceedings cannot reasonably be brought or conducted or would be impossible in a third State with which the dispute is closely related; or

2. if a judgment given on the claim in a third State would not be entitled to recognition and enforcement in the Member State of the court seised under the law of that State and such recognition and enforcement is necessary to ensure that the rights of the claimant are satisfied; and the dispute has a sufficient connection with the Member State of the court seised.

Suggested citation: G. Calster. ‘Change for change’s sake? A succinct primer on the European Parliament’s proposal to amend Brussels Ia with a view to boosting corporate due diligence.’ Nova Centre on Business, Human Rights and the Environment Blog, 4th March 2021.