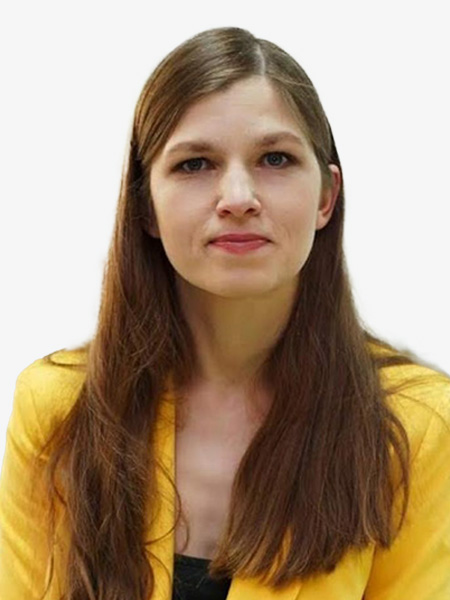 About the author: Dr. Olena Uvarova, Ph.D, Associate Professor, Chair of the International Lab on Business and Human Rights at NLU. She also leads the Projects and Research Support Center at NLU. Since 2009, she teaches law at Yaroslav Mudryi National Law University. In 2019-2020, she was a Fulbright Visiting Scholar at Tanner Humanities Center (University of Utah, U.S.). She is also a member of the editorial board of the journal “Philosophy of Law and General Theory of Law” (EBSCO Publishing).

This blog post is based on the intervention of Olena Uvarova in the webinar on Corporate Due Diligence and Gender Equality organised by the Nova Centre on Business, Human Rights and the Environment with the support of the Portuguese Presidency of the Council of the European Union in partnership with the British Institute of International and Comparative Law, the Portuguese Ombudsman (Provedor de Justiça), the Teaching Business and Human Rights Forum, and NOVA 4 The Globe on the 24th of June 2021.

How can companies be the drivers of positive changes in local contexts where the legislation is not protective of gender equality?

To start I would say that I hope that companies could be the drivers of positive changes, especially when legislation is not protective of gender equality. It’s extremely important to have businesses on the side of gender equality in societies that have a long tradition of paternalistic regulation. Especially in labour relations. As a key result of such regulation, an employee does not act as an independent and equal party in relations; all the conditions of an employee’s work are formally determined by the state. In such a system of coordinates, women are considered primarily as an object of protection by the state in connection with the reproductive function: excessive protection by the state makes them less competitive in the labour market.

There is one more reason why the readiness of businesses to be such drivers plays a crucial role. It’s not just for gender equality, but for the social contract in society as a whole. I will explain this point.

We need to understand the local context and to adapt general tools and standards to the local context. It’s not new, but it’s not our reality still. And one of the biggest Ukrainian business associations said that global companies that come to Ukraine with their human rights policies realize soon that these policies don’t work in Ukraine, they are not effective. Because of many reasons. And Ukrainian companies if they try to implement responsible business conduct standards by translating human rights policies of the Western companies or just duplicate the human rights due diligence procedure they have not any success with that. It doesn’t work. Because it was not adapted to the local context.

What we should understand about Ukrainian and all other post-Soviet societies in the context of gender equality and business and human rights framework? To my view, it’s important to keep two things in mind.

The first is that private businesses weren’t an actor of social life for a very long period. Private business has emerged in the territory of the former USSR only since 1991, with the beginning of privatization. Up to this moment, private entrepreneurship was banned (under the threat of criminal liability), the idea of private property was denied, and all enterprises were state-owned. The economy was centralized and administered by command methods.  I believe that the key difference of Eastern Europe is due to the fact that business here was not a subject of relations between the state and society. It just didn’t exist here. There was no discussion about what is the role of business in society. Businesses did not oppose the state if it did wrong things. Society did not address its expectations towards business. The only subject responsible for everything that happens in society, good and bad, was the state. But today businesses claim to be a part of the social contract, to play an active role in determining what is happening in society, to influence the development of society. This is an important moment. Businesses must be aware that having influence in society is inevitably linked to responsibility for that influence.

The second thing that I would like to mention is connected to the first and its about gender equality in Ukraine. Ukraine as a state has ratified all key international human rights treaties, in particular those aimed at ensuring gender equality. The principle of equality is enshrined in the Constitution of Ukraine. Ukraine has also ratified all key ILO conventions. However, gender discrimination and gender inequality at work remain typical for Ukraine. One of the reasons: the Labor Code, adopted back in the days of the USSR, in 1971, continues to operate. This fact explains why the current legal regulation of women’s labour in a number of provisions contradicts recognized international standards, including ILO standards. Thus, according to the Labor Code it is prohibited to allow pregnant women and women with children under the age of three, regardless of their will, to work at night (Article 55), to work on weekends (Article 176), to be sent on business trips (Article 176), and to overtime work (Article 63). All women are not allowed to work at night, regardless of their will, except in those sectors of the economy where there is a special need and is allowed as a temporary measure. A man can claim similar guarantees only if he is raising a child without a mother, including in the case of a long stay of the mother in a medical institution (Article 186-1).

Such regulation, aimed at protecting reproductive health at the workplace, has a number of negative consequences. For example, mandatory requirements prohibiting women from working in heavy work or at night denies women the possibility of making an independent conscious decision (informed consent). Such regulation proceeds from the presumption that the function of caring for the child rests entirely with women, this serves as an appropriate signal to society. Such regulation also significantly reduces the competitiveness of women in the labour market, since their employment is associated with a number of significant restrictions for employers. The employer sees the need for women to combine work with family responsibilities as a less useful workforce. Every year in Ukraine up to 50,000 women cannot return to work after maternity leave due to discrimination from employers. Such cases raise the question, can businesses refuse to apply the norms of national legislation, which are based on a paternalistic approach to legal regulation and lead to discrimination and be such driver of positive changes? Does corporate responsibility to respect human rights imply a duty of business to apply international human rights standards directly, contrary to national law? Should a human rights due diligence procedure include an assessment of national legislation for compliance with international human rights standards?

If we combine the first statement that we have made about connections between pretending to impact on developments in society and this statement about the assessment of national legislation for compliance with international human rights standards, we could see how business could be a driver of positive changes.

How can companies contribute to changing general culture relating to gender equality?

Pillar II expects that if the state’s regulation is paternalistic and prohibits some activities for women to protect their reproductive health, businesses should give the priority to the international human rights standards. It also means that businesses are ready to challenge the actions of the state if it encroaches on the company’s autonomous self-regulation space.

Wherever they operate, corporations are part of the social fabric, they influence politics, economics, legal, social and cultural rules and practices. Culture can influence gender equality. Having such power, businesses are vested with an obligation to ensure, at the least, that human rights are not harmed, not to engage in direct or indirect discrimination, including on the grounds of sex, etc. It is not enough merely to declare one’s commitment to human rights, and it would be odd to deny one’s obvious impact on human rights, especially those of vulnerable individuals. Corporate policies and practices “must fully integrate gender-responsive practices within each area of their business operations”.

In doing this, “wearing gender glasses”, i.e., merely filtering out the existing mechanisms of human rights due diligence, would not be enough. A key problem in the field of corporate activities is to recognize the existence of gender norms embedded in our daily life, of complex cultural stereotypes, power imbalances in public and private relations. And while the company itself cannot change the context, it should be aware of and recognize the situations that increase the vulnerability of women or their specific groups, compared to other participants in the same sector of relations. The company should ensure that its operation does not advance the existing negative practices and that the company does benefit from stereotypes or gender inequality. This is why the integration of a gender component cannot be achieved by merely adding it to the human rights due diligence procedures.

The lack of capacities of business, especially SMEs, calls companies to cooperate with the CSOs and academia. Civil society has special importance in our region. These institutions have appropriate human rights knowledge and experience of human rights protection.