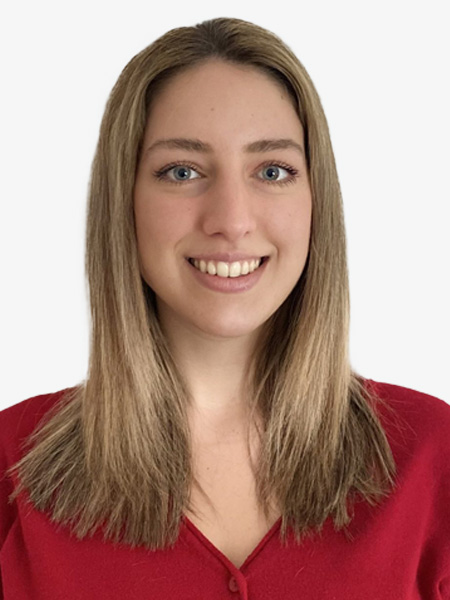 About the author: Iris Anastasiadou is a Research Assistant in Public International Law at the British Institute of International and Comparative Law, based in London. She holds a master’s degree in International Law from the University College London (UCL) and a bachelor’s degree in Law from the University of York. Currently, she is participating on a global research study, funded by the United States Department of State Trafficking in Persons Office, examining the ‘Determinants of Anti-Trafficking Efforts’.

Greece is a particularly interesting example as far as business and human rights developments are concerned, as for the better part, it does not have a large business industry. Small and medium business enterprises are the main players in the Greek economy. As Ilias Bantekas (who chaired the panel during the webinar) suggested, within the context of an austere financial environment, discussions do not usually focus on States without multinational corporations. This panel discussed the current BHR landscape in Greece and raises some considerations for moving from soft law to a more regulated environment.

The Special Secretary for Private Debt Management of the Ministry of Finance & Board Member of the Hellenic Development Bank Fotis Kourmousis, explained that, as part of the changes that came about with the newly elected government in July 2019, the Greek Ministry of Finance introduced social and environmental criteria to all public procurement tenders/procedures/contracts, marking the first, crucial step towards businesses respecting human rights. In particular, following consultation with various stakeholders, the government incorporated criteria related to social and environmental performance for all candidate companies applying for public procurement tenders. Fotis Kourmousis explained that the criteria were developed as ‘bonus’ criteria allowing time for candidate companies to implement necessary action to fulfil such criteria. He explained that there are 5 different aspects that are evaluated:

– policies related to sustainability and sustainable development and CSR aspects;

– policies and actions related to the protection of employees and labour rights (including measures for disabled persons, gender equality, etc.), and fulfilment of international standards;

– implementation of actions towards supporting the society such as NGOs and selecting local suppliers;

– implementing actions for the environment (such as recycling and energy efficiency);

In doing so, he highlighted that the Greek government made an important first step to incentivize businesses to comply with business and human rights expectations and make a positive impact on the Greek economy and the society in general.

Maria Gavouneli presented the current Business and Human Rights landscape in Greece and highlighted that there is no comprehensive BHR framework. Due to the financial crisis, a number of Greek business enterprises have had to cut costs, and have been losing their international character, leaving major neighbourhoods and traditional markets in an effort to save themselves. Maria Gavouneli highlighted that more recently, certain Greek enterprises have started to progressively regain an international character (e.g. in the construction sector).  Maria Gavouneli emphasized that Greece has been historically very active in various international instruments and fora such as the OECD Guidelines for Multinational Enterprises (that Greece is a founding member of) and is a party to numerous human rights conventions, labour rights conventions (e.g. the ILO Conventions) environmental rights Conventions and agreements (including in relation to the SDGs and the Paris Agreement), Anti-Bribery Conventions and treaty monitoring bodies. Greece therefore has a long experience and expertise in dealing with situations that involve human rights challenges which will be very useful in the field of business and human rights. She also underlined that Greece has been very active in relation to the European developments on Corporate Social Responsibility (CSR) and in the negotiations on the EU directives on transparency. Maria Gavouneli explained that what was is missing ‘is to put all those threads together and create a comprehensive legal and practical environment in which Greek enterprises would be able to flourish’.

The panel then moved on to discuss the OECD Guidelines for Multinational Enterprises. Tatiana Leonardou explained that the OECD Guidelines are the most comprehensive international standards reflecting the governments’ expectations from their economic operators on responsible business conduct both in their own territory and abroad, and the only one with its own grievance mechanism –  the national contact points (NCP). Tatiana Leonardou highlighted that the role of the NCP is twofold. Firstly, it is to promote the implementation of the guidelines through raising awareness and providing special guidance to companies, in particular in relation to the implementation of risk-based due diligence in order to identify, prevent and to mitigate adverse impacts of their operations, alongside their existing contributions to the economy and to society overall. Secondly, the NCPs act as amicable dispute resolution mechanism between companies and complainants (e.g., NGOs, trade unions, or individuals) in case of disputes concerning the proper implementation of the guidelines. Tatiana Leonardou indicated that the Greek NCP has been operating under the Ministry of Foreign Affairs since 2019 and is an integral part of the country’s economic and investment policy and plays an important role in promoting the human rights agenda. In addition to its role in raising awareness and providing guidance to companies and acting as an advisory body, the Greek NCP has drafted rules of procedure for the transparency of its procedures, setting out the steps of the examination of a case and the conditions for admissibility and dispute resolution procedure in cooperation with Hellenic mediation and arbitration centre.

Next, Maria Alexiou reflected upon the origins of CSR and the need to have a more regulated approach to the way companies operate beyond borders. She highlighted that 30 years after that, there is still a lot of reluctance to speak about human rights in the corporate world, not only in Greece but also worldwide. Maria Alexiou discussed the proliferation of international standards and instruments over the past few decades and its implications and challenges for companies. She emphasised the importance of academia and organizations like the OECD to help translate the legal standards into practices and business ethics. Maria Alexiou explained that Greece is a small marginalized market with a majority of SMEs lacking awareness about international standards. She emphasized the importance of the newly set criteria for public procurement to help educate companies in Greece and provide motives to implement those standards. Maria Alexiou highlighted the importance of the implementation of stricter laws applying to businesses but warned against the risks of increasing the existing marginalisation of Greek SMEs. To avoid this, she underlined the importance for the government and other stakeholders to provide tools to help and support companies to take action.

The panel then turned to the issue of corporate criminal liability in Greece. Greece is one of the few EU countries with no corporate criminal liability stricto sensu; instead, it adopts a scheme of corporate liability ex crimine deploying means of civil and (predominantly) administrative law. Athina Sachoulidou emphasized that the EU legislator, motivated by the increase of financial crime and its impact on both European and national interests, has developed a number of instruments that urge Member States to adopt corporate sanctions. These sanctions are threatened in law in various cases, including, for instance, environmental crime and trafficking in human beings, and as such they might also refer, whether directly or indirectly. to human rights violations in the business world. In that context, the EU has set out minimum standards on the scope and modalities of liability. With regard to the sanctions to be imposed against legal persons, the national legislator is provided with a wide margin of appreciation inasmuch as (s)he is able to choose between civil, criminal or administrative sanctions. Irrespective of this, the sanctions have to be effective, proportionate and dissuasive sanctions. Athina Sachoulidou explained that against that regulatory backdrop and amid the national scholarly debate regarding criminal liability for non-human actors, the Greek legislator was called to regulate corporate liability for wrongful conduct amounting to the commission of criminal offences. In an effort to align the national legislation with the European one and to take into consideration the strong scholarly opposition to criminal liability of legal persons, the Greek legislator opted for four alternative ways to hold corporations accountable. Firstly, criminal liability can be imposed on the representative of the legal person; while this is a common solution, there is often a gap between corporate governance in terms of a legal scheme and the real practice of operations’ and duties’ delegation, particularly in complex corporate structures. Secondly, civil law provides for joint liability of the corporation and the natural person(s) who have committed the offence at hand – a solution that is progressively fading away and remains problematic in terms of converting criminal into civil liability. Thirdly, the Greek Penal Code entails certain provisions, in case of which the perpetrator is defined in an abstract way with the use of terms such as ‘the employer’, ‘the producer’ etc. Despite the fact that a legal person could fit into that description, the Greek judges remain bound to the law, which only provides for the criminal liability of natural persons. Finally, Greek criminal law mostly provides for administrative sanctions corresponding to violations of administrative law, which usually also constitute violations of criminal law (as far as natural persons are concerned). Despite representing the basic tool of holding companies liable, in reality, those (often draconian) sanctions are often difficult to enforce in the Greek financial environment. Besides this, those possible routes to corporate liability give rise to overregulation, which leads to legal uncertainty and potentially demotivates foreign investors from opting for the Greek market.

Suggested citation: I. Anastasiadou, “Concluding Remarks on Business and Human Rights in Greece”, Nova Centre on Business, Human Rights and the Environment Blog, 11th May 2021.