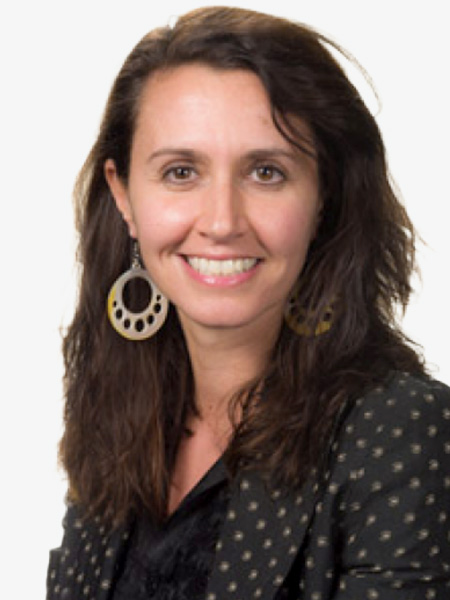 About the author: Dr Irene Pietropaoli is a Research Fellow in Business and Human Rights at the British Institute of International and Comparative Law (BIICL), based in London, UK. Prior to joining BIICL, Irene worked with international organisations and NGOs in different countries of Europe, Latin America, South and Southeast Asia in the area of business and human rights. For three years, she was based in Yangon, Myanmar, where she worked as a business and human rights consultant for Amnesty International. Previously, she was a Senior Researcher at Business & Human Rights Resource Centre. Irene’s monograph ‘Business, Human Rights and Transitional Justice‘ was published in May 2020 by Routledge.

The third episode of the webinar series on Business and Human Rights Developments in Southern Europe took place on 10 November 2020 and was dedicated to the developments in Italy. This webinar series is jointly organised by the Nova Centre on Business, Human Rights and the Environment and the British Institute for International and Comparative Law.

Italy does not yet have a specific, overarching legislative framework on mandatory human rights due diligence (mHRDD). But, as Maria Francesca Cucchiara, Human Rights International Corner and practising lawyer, argues, Legislative Decree 231/2001 could be a model for mHRDD. Introduced in 2001, Decree 231 established, for the first time in Italy, corporate responsibility for crimes perpetuated in the interest or to the advantage of a legal entity. Despite not being specifically directed at protecting human rights, the scope of the law has been extended over the years and currently includes specific human rights violations, such as slavery, human trafficking, forced labour, juvenile prostitution and pornography, female genital mutilation, racism and xenophobia, as well as serious environmental crimes. The Decree provides for substantial sanctions of different nature. In order to avoid incurring liability, companies must demonstrate that they have effectively adopted and implemented compliance programmes with the aim of identifying, preventing and mitigating the risk of commission of crimes in relation to business activities. Maria Francesca argues that although the Decree does not expressly provide for mHRDD process, the compliance system created by the Decree, together with the rules of corporate liability and sanctions associated with it, make it a valuable example of legislation that can serve as a source of inspiration for the current legislative process on mHRDD at the EU level.

The Italian National Action Plan on Business and Human Rights 2016/2021, adopted in 2016 identifies the promotion of HRDD processes as one of its main areas of interest. Tas such, the NAP recommends to “conduct a comprehensive review of the existing commercial and civil law to assess and evaluate legislative reform introducing provisions such as the ‘duty of care’ or due diligence for companies”. Marta Bordignon, Temple University, Rome Campus, emphasises that in 2018 Italy was the first country to start the mid-term review of the NAP to update its measures. The revision process has privileged a multi-stakeholder approach that has given greater attention to three aspects: i) the protection of vulnerable groups, with particular reference to human rights defenders; ii) training; and iii) the identification of the competent administrations for the implementation of the individual measures. Marta argues that a general assessment is needed before the drafting and launch of a renewed NAP, hopefully by 2021.

In the area of judicial remedies, Marco Fasciglione, CNR-IRISS, explains that in Italy human rights claims against Italian companies would normally be based on general principles of tort law, with the consequence that courts are not asked to decide alleged violations of international human rights norms. Nevertheless, Marco mentions two promising practices. First, Italy has adopted important legislation providing the right to file class actions for torts liability against corporations (Law n. 31, 12 April 2019). The law will enter into force in May 2021 and is likely to become a crucial tool, as it will give victims of human rights violations the right to file collective claims against corporations. Second, a recent decision of the Milan court has tackled the issue of lack of jurisdiction of domestic courts for extraterritorial corporate human rights harm, by leveraging the possibility for domestic courts to decide not only on cases falling under their jurisdiction, but also on those cases that are linked to them.

In relation to extrajudicial remedies, the Italian OECD National Contact Point (NCP) has recently come to settle interesting matters, such as Egbema Voice of Freedom et al v. ENI. Giacomo Cremonesi, Caiazza & Partners International Law Firm, was part of the team assisting Egbema Voice of Freedom (EVF), an association of residents of Aggah Community in Rivers State, Nigeria, in the context of a mediation with the Italian energy multinational company ENI in front of the NCP. EVF alleged that the operations of ENI’s subsidiary company (NAOC) in Aggah caused, or contributed to, annual flooding with grave impacts on the community’s environment, properties, and health. In 2017, EVF filed a complaint to the Italian and Dutch NCPs against ENI. The Italian NCP opened a mediation procedure between the parties, which led to an agreement in 2019. The terms of settlement provide, in line with the request of the Complainant, for the urgent construction by ENI of new drainage channels and maintenance of the existing ones to avoid annual flooding. Giacomo explains the advantages of a mediation in front of the OECD NCP of the state where the parent company is domiciliated. First, the association of Aggah residents was able to participate actively in the procedure before the NCP. Second, the mediation procedure is relatively speedy and does not have procedural costs. Finally, in a case where the primary goal was to impose a duty to perform something (i.e. build a drainage system) instead of obtaining a pecuniary compensation the advantage of a mediation in front of the OECD NCP is evident.

Italy is progressively moving towards a corporate responsibility for human rights approach, as opposed to the traditional one based on corporate social responsibility, as Angelica Bonfanti, Università degli Studi di Milano, concludes. But despite those interesting trends, areas in need of improvement remain, along with some remarkable failures. These include Italy’s recent condemnation by the European Court of Human Rights in Cordella v. Italy, for its violation of Articles 8 and 13 of the European Convention, with regard to activities conducted by the steel company ILVA that resulted in damage to human health. Given the tragic impacts of the COVID-19 pandemic and the related economic crisis, it is urgent that the institutions offer reliable solutions and restructure the business and human rights legal framework so as to take into account new and pressing needs.