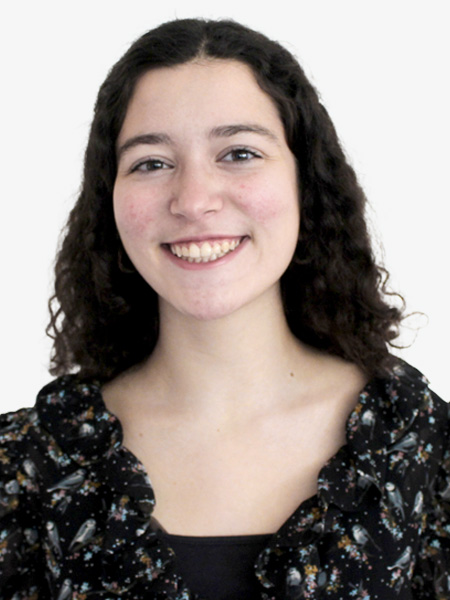 About the author: Sara Pacheco is a forth-year student at NOVA School of Law. She is a Research Assistant at the Nova Centre for Business, Human Rights and the Environment and also integrates the Green Lab’s team that is cooperating with the Portuguese Environment Agency in the context of the Portuguese Presidency of the European Union Council. Her main areas of interest are Human Rights and Sustainability.

The opening address was delivered by the Secretary of State for Internationalisation, Eurico Brilhante Dias, who stated that Corporate Social Responsibility is nowadays perceived as a positive differentiating factor in international markets and that due diligence processes are a growing concern of both Portuguese exporting companies and international companies investing in Portugal, who desire to have sustainable business practices when trading and investing abroad.

The Secretary of State also emphasized that the response to the global pandemic provides both a challenge and an opportunity like none before, and that the trio of presidencies comprising Germany, Portugal and Slovenia is committed to drive forward efforts to achieve an EU wide current implementation of the United Nations Guiding Principles on Business and Human Rights (hereinafter the UNGPs) and an Action Plan on Responsible Business Conduct. On the national level, he mentioned that the Portuguese Action Plan is also underway, and it should be finalized soon.

The keynote speech was delivered by the former UN Special Representative on Human Rights and Transnational Corporations and Other Business Enterprises and author of the UNGPs, John Ruggie. He noted that, although we have come a fair way since the adoption of the UNGPs, there is still a long way to go, and highlighted the differences between human rights due diligence and the concept of ‘due diligence’ that businesses have been traditionally familiar with. Moreover, he reinforced, inter alia, that the central feature of the UNGPs – the human rights due diligence process – should not be focused on the financially material risks, but on the environment and the people whose human rights a business may affect. He also pointed out that a mandatory due diligence system would have implications for companies’ governance without having to ‘rewrite directors’ duties’.

Turning to the issue of civil liability, John Ruggie stressed that the liability being discussed at the European level involves a standard of care against which a company will be judged, and underlined the need for common guidance in this respect to ensure uniformity across the 27 Member States. He also discussed the question relating to how far down the value chain does a company have to go and emphasized that this was actually the wrong question to ask. He explained that legal liability should not be defined by layers of the supply chain, but should focus instead on salient human rights risks that require action, regardless of which layer of the supply chain they have been identified in. He also expressed the need for a due diligence difference as opposed to an automatic safe harbour. Finally, he stated that if the upcoming EU-level regulation was to cover non-EU companies having a major business presence in the EU, the EU would become a ‘surrogate global regulator in this field’.

Lise Smit, Senior Research Fellow at the British Institute of International and Comparative Law, reminded the basic principle of ‘where there is a right there is a remedy’, which calls for civil liability in the context of corporate human rights harms. She highlighted the roman roots of the duty of care not to cause harm to others and the fact that it has always been highly context-specific and facts-based, requiring the duty to be analysed in light of what was reasonable to expect in the specific circumstances. As such, she affirmed that it would not be wise for the legislator to delineate the corporate duty of care too much by trying to pre-emptively list every example of what is expected.

Filip Gregor, Head of the Responsible Companies at Frank Bold, emphasized the importance of civil liability in the context of the introduction of mandatory human rights and environmental due diligence to ensure access to remedy in line with the UNGPs. He explained that, in the context of tort law, human rights due diligence ‘can help determine if a company has acted with reasonable care’. However, he underlined that the upcoming European legislation will need to clarify how the requirement of ‘causation’ should be applied in the framework of business relationships.

Nicolas Bueno, Postdoctoral Researcher in International Human Rights Law, presented four examples of civil liability provisions in existing legislation or legislative proposals on mandatory human rights and environmental due diligence that allow the victims to really take an active part into accessing their rights: (i) the Second revised Draft Business and Human Rights Treaty, (ii) the International Law Commission’s Draft Principles on the Protection of the Environment in Relation to Armed Conflict, (iii) the French Duty of Vigilance Law, and (iv) the Swiss Responsible Business Initiative, which was rejected in the vote of November 2020 in spite of obtaining a popular majority. In this respect, he affirmed that it was ‘remarkable to see that the majority of the population could be in favour of a legal liability that was quite broad’.

Freya Dinshaw, Senior Lawyer at the Human Rights Law Centre, noted that civil liability is a crucial aspect of a mandatory human rights due diligence regime and is essential for those whose human rights have been harmed by corporate activity. She emphasized, from a practical perspective, the serious power imbalance between companies, on the one hand, and the rights-holders (workers, individuals and communities), on the other, and affirmed that a clear route to litigation ‘would go a long way towards improving access to justice.’ She also highlighted the shortcomings of the Australian Modern Slavery Act in terms of access to remedy for the victims.

Building up on his practical experience with the French Duty of Vigilance Law, Christian Dargham, Head of the Disputes Department at Norton Rose Fulbright in Paris, explained that a civil liability mechanism is very valuable for companies to address their responsibilities under the UNGPs and to become aware that human rights issues call for concrete action. He underlined that the civil liability arising from the breach of the corporate responsibility to respect human rights (that can amount to a breach of the duty of care) is the most appropriate way for the rights-holders to realize their rights in a concrete form, in the business and human rights context.

Solène Sfoggia, Associate at Norton Rose Fulbright, pointed out that a real change has taken place after the introduction of the French Duty of Vigilance Law whereby companies started to invest more time and resources on business and human rights. She noted that the law impacted not only large companies (the companies who are subjected to the law), but also many smaller companies and suppliers that had to meet certain standards in order to keep their business relationships with the instructing companies.

Based on the lessons learnt from the experience with the French Duty of Vigilance Law, Lucie Chatelain, Advocacy and Litigation officer at Sherpa, suggested that there should be a reversal of the burden of proof: a company should be considered liable in case of business-related human rights harms, unless it can prove that it took all the necessary, adequate, and effective measures to ensure that no such violation occurred in its value chain.

Christian Ewert, President of Amfori, a leading global business association for open and sustainable trade, affirmed that conducting human rights due diligence should become the licence to operate in the EU. He reinforced the importance of an adequate enforcement mechanism to ensure that ‘all companies play by the same rules’. Nevertheless, he stressed that legal liability should not be seen as a silver bullet and highlighted the importance of a smart mix of measures, including capacity building, changes in trade policies and incentives, as well as in public procurement.

Christopher Patz, Policy Officer at the European Coalition for Corporate Justice, emphasized that with the adoption of the European Parliament’s Corporate Due Diligence & Corporate Accountability legislative report, the European Commission has officially been called to put forward a mandatory human rights and environmental due diligence legislation at the EU level that contains improvements on access to judicial remedy for victims through civil liability provisions for harms occurring in the value chains of EU companies.

Isabelle Schömann, Confederate Secretary at the European Trade Union Confederation, pointed out that there is clear evidence that the mandatory initiative from the Commission arose because voluntary actions and reporting have not incentivized companies to act proactively enough.