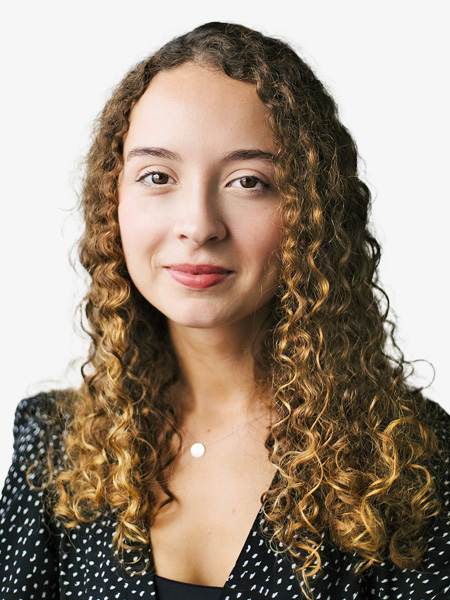 About the author: Benedita Sequeira is Research Assistant at the Nova Centre on Business, Human Rights and the Environment. She is a student of the Master’s degree on International and European Law from Nova School of Law and an Invited Assistant Lecturer at the University of Porto where she teaches Private International Law, Civil Procedure, Executive Civil Procedure and Tax Law.

With the support of the Portuguese Presidency of the Council of the EU, the NOVA Centre on Business Human Rights and the Environment (NOVA BHRE) is organising a webinar series on “Business, Human Rights and the Environment in Europe: connecting the dots” (1). The webinar series is organised in partnership with the Portuguese Ombudsman Office (Provedor de Justiça), the British Institute of International and Comparative Law, the Teaching Business and Human Rights Forum, and NOVA 4 The Globe.

The second episode took place on the 25th of February 2021 and focused on the relationship between corporate due diligence and private international law.

The first speaker, Claire Bright outlined the private international law hurdles to accessing justice and remedy recurrently encountered by claimants in the context of Business and Human Rights litigation. In particular, she illustrated the jurisdictional issues by reference to the recent Vedanta and Shell cases. She also highlighted the issues encountered by claimants with respect to applicable law by reference to concrete cases. The scholar concluded that “regulatory reform is needed in order to shorten and simplify proceedings and ensure affective access to remedy” and substantive justice.

Marc-Phillippe Weller explored the governance gap arising out of the rise of global supply chains, with, on the one hand “independent subcontractors and independent suppliers, and, on the other hand, huge groups of companies with parent companies in the so-called global north, and subsidiaries in the global south,” where legal standards are less stringent. He outlined the difficulties faced my claimants attempting to bring legal suits in the host States in the global south, having led to an increased number of claims being filed before home States courts in the global north. The scholar described the triangular relationship between the victims, on the one hand, the subsidiary or supplying company, on the other hand, and lastly, the parent or retailing company. He explored the different approaches used to establish liability in such types of cases.

Chuckwama Okoli focused on the private international law issues which arose out of the recent Shell filed in the Netherlands by four Nigerian farmers and an NGO in the Netherlands against both the parent company and the Nigerian subsidiary, on the grounds of an oil spillage and the resulting damage which that took place in Nigeria. He emphasized that it took about six years, for the preliminary issue of jurisdiction to be settled in the Dutch Courts. With regards to the issue of the applicable law, the scholar highlighted the limitations of the current conflict of law provisions under the Rome II Regulation under which the applicable law to this type of cases is the law of the host State (in this case Nigerian Law).

The discussion then moved towards the topic of the proposed amendments to the Brussels I recast Regulation which were included in the European Parliament Committee of Legal Affairs’ Draft report with recommendations to the European Commission on corporate due diligence and corporate accountability which was published on the 11th of February 2021. It is worth pointing out that those recommendations were eventually excluded from the resolution adopted by the European Parliament on the 10th of March 2021. The proposed amendments sought to both expand the jurisdictional basis of Article 8 and introduce a forum necessitatis clause.

Catherine Kessedjian highlighted that at the jurisdictional level, what is needed are simple and effective rules, that require a minimal level of evidence from claimants.

In relation to the proposition for a new paragraph 5 to be inserted in Article 8 (2), Geert Van Calster pointed out that it would not add much to what is already provided for by Article 4 of the Brussels I recast Regulation under which it is already possible for claimants to sue an undertaking at its place of domicile. The scholar highlighted that the addition of the proposed article according to which the undertaking could also be used in a Member State in which it operates would not have solved the jurisdictional issues identified in concrete cases like the Shell case. This view was widely shared amongst the panellists.

Catherine Kessedjian added that what would be needed, instead of that provision is to add a specific provision allowing to join defendants which are domiciled outside of the EU to proceedings that are brought in the EU against EU-domiciled defendants. The scholar highlighted that ‘good administration of justice requires that we have an efficient way of getting all those potentially involved before the same court.’ She proposed to add a provision to supplement article 8.1 – which allows closely connected claims filed against various defendants in the EU to be heard before the same forum – to be extended to defendants located outside of the EU.

Geert Van Calster also points out that there are no clarifications on the new proposal with regard to Articles 33 and 34 of the Brussels I recast Regulation. These provisions allow the Court of a Member-State to stay a case if a related proceeding outside of the EU if the principle of the sound administration of justice justifies it. The scholar warned against that ‘unless further direction is given to judges on how to apply these provision, may be a formidable stumbling block in seeking ‘global justice’ in the EU.’

Concerning the proposal to introduce a forum necesssitatis provision, the scholar considered that this provision would clearly add an “extra” in the form of ‘a completely new forum that would be added to the arsenal’ of the Brussels I Recast Regulation. Catherine Kessedjian also expressed fully support for the proposal in principle. However, she expressed concerns in relation to the requirement of a ‘sufficient connection’ in light of the high threshold that has been used in practice in cases like Naït Liman. She argued that ‘any link would suffice even if it is a tenuous link’ in relation to the forum necesitatis doctrine.

In relation to the applicable law aspects, Eduardo Álvarez-Armas and Angelica Bonifanti discussed the propositions of the Draft report to revise the Rome II Regulation.

Eduardo Álvarez-Armas presented the current conflict of law provisions under the Rome II Regulation, and highlighted that, under the general rule set out in Article 4(1), the law applicable to tort disputes is the law of the place where the damage occurred. He also discussed the special rule for environmental tors under Article 7.

Both scholars supported the proposal to insert a new Article 6a providing for a special choice of law provision specifically for business-related human rights claims which would have allowed claimants to choose between the following three different laws as an alternative to the law of the place where the damage occurred (general rule under Article 4(1)):

1) law of the country in which the event giving rise to the damage occurred;

2) the law of the country in which the parent company has its domicile or,

3) where it does not have a domicile in a Member State, the law of the country where it operates

The proposal also received wide support from the panel. Angelica Bonfanti highlighted that the proposed Article 6a would allow victims of corporate human rights abuses committed by European companies in foreign countries the possibility ‘to choose the applicable law with the highest human rights standards between the four different options’. In particular, she highlighted that such provision would allow victims to have the law of the parent company applied with certainty upon their own request.

Eduardo Álvarez-Armas referred to the implicit intention of the European legislator, to increase the level of protection, by ‘getting corporations to adjust to the most stringent possible level of protection’. In particular, the scholar pointed out that the possibility for the claimant to choose  the law of the parent company’s domicile as the applicable law ultimately ‘responds to the idea of trying to reach the legal system with higher standards where the leading company habitually operates’ and increases the possibility for affected individuals to obtain effective remedy.

Angelica Bonfanti highlighted that the aim of the last connecting factor (allowing the claimant to choose the law of the Member State in which the defendant operates) is to apply the law of a EU Member States in relation to undertakings which are domiciled outside of the EU but which do business in the EU. By extending the scope of application of Article 6a to non-European domiciled companies, the connecting factor makes compliance with European standards on human rights due diligence a sort of preliminary requirement to maintain business in the European market. The scholar pointed out that it might also avoid the phenomenon of restructuring and offshoring of European companies once the framework enters into force.

Finally, Eduardo Álvarez-Armas referred to the characterisation problem that can arise from the coexistence of proposed Article 6a and Article 7 of the Rome II Regulation, and proposed that Article 7 should be removed from the Regulation, so as to use the text of Article 6a as an over-comprehensive provision for both corporate-related human rights and environmental harms, which are very closely interconnected.

Finally, the various panellists emphasized the importance for the provisions contained in the upcoming EU-level directive on mandatory human rights and environmental due diligence to acquire the status of overriding mandatory provisions. Catherine Kessedjian mentioned in that respect that expressly giving them the status of overriding mandatory provisions in the text of the legislation would mean that they have to be mandatorily respected regardless of the applicable law – as per Article 16 of the Rome II Regulation – which would be crucial to ensure that they are upheld.