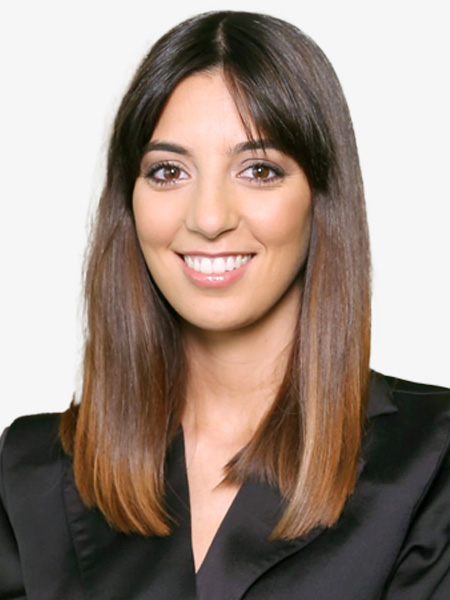 About the author: Margarida Arêlo Manso is a Research Associate at the Nova Centre on Business, Human Rights and the Environment and she is currently working in Luxembourg, as a trainee at the European Court of Justice, in the Chambers of the President of Chamber, Judge Ricardo da Silva Passos.

With the support of the Portuguese Presidency of the Council of the EU, the NOVA Centre on Business Human Rights and the Environment (NOVA BHRE) organized a webinar series on “Business, Human Rights and the Environment in Europe: connecting the dots”. The webinar series was organised in partnership with the Portuguese Ombudsman Office (Provedor de Justiça), the British Institute of International and Comparative Law, the Teaching Business and Human Rights Forum and NOVA 4 The Globe.

The third episode took place on the 25th of March 2021 and focused on the relationship between Corporate Due Diligence and Contract Law as well as Company Law.

The keynote speech was delivered by the Portuguese Secretary of State for Commerce, Services and Consumer Protection, João Torres, who affirmed the commitment of the Portuguese Government to implement the UN Guiding Principles on Business and Human Rights through the approval of a National Action Plan for Responsible Business Conduct and Human Rights in 2021.

The first speaker, Stephen Turner, highlighted that the historical legal construct of the corporation is not only inadequate to answer the current challenges international community is faced with, but can also be redesigned into a model that suits people’s human rights and the need to protect the environment.

The scholar developed on how the three classic features of the legal construct of the corporation – separate legal personality, limited liability and directors’ duties – steer corporate decision making towards commercially successful decisions that do not take adequate consideration of human rights and the environment. Mostly, the model represents a strong obstacle for solutions by the international community to the problems addressed, ultimately shaping them.

Next, Beate Sjåfjell reflected on the reasons behing the still very strong social norm of shareholder primacy.She highlighted the importance of an holistic approach to sustainability due diligence which would incorporate both a corporate duty and a duty for the corporate board ‘to ensure that the company creates sustainable value within the limits of our planet’. She called for a regulatory reform with mandatory rules in this respect to level the playing field.

Rachel Chambers analysed how the concepts of separate corporate personality and of the corporate veil affected victims’ attempts to seek remedies directly against companies in concrete cases. In this respect, she explored three legal cases in particular, namely, AAA v. Unilever [UK]; Lungowe v. Vedanta [UK] and Four Farmers v. Shell [The Netherlands]. She argued that a statutory duty would help overcome these hurdles since companies required to exercise human rights and environmental due diligence would no longer be in a position to try and distance themselves from their subsidiaries and business partners. She also highlighted the importance of including a civil liability provision to accompany the statutory duty. Finally, she underlined the important role that a regulator with strong powers could also play in the enforcement of mandatory human rights and environmental due diligence legislation.

Lécia Vicente highlighted how the post-Milton Friedman world has moved away from shareholders’ primacy. The scholar also mentioned recent examples that illustrate the extension of the scope of corporation’s duties of care which include the Court of Appeal of the Hague decision against Shell, the English Supreme Court decision also again Shell and the Australian Federal Court decision against PTTEP Australasia. She affirmed that: boards of directors should seriously adopt due diligence strategies and take all reasonable steps to prevent harm not only to shareholders, but also stakeholders.”

Lécia Vicente then explained how optimizing shareholder value means paying attention to the new social values that claim a more inclusive economy. She highlighted the important transformative role of contractual design of the corporations’ constitutional documents which define the company’s contractual framework and delineate the directors’ duties.

Stuart Neely explored how the creation of a corporate duty to conduct human rights due diligence (as envisaged at the EU level), would engage the director’s duties to act with reasonable care, skill, and diligence as well as to act in the best interest of the company, varying from jurisdiction to jurisdiction. He also explained how if the business which is subject to the corporate duty to conduct mandatory human rights due diligence fails to comply with the law then the director’s duties are engaged because non‑compliance with the law exposes the company itself to risks.

Jaakko Salminen reminded that ‘the other means for organizing production apart from corporation and corporate groups is by sourcing from others by contract’. The scholar drew a parallel between the relationship between a parent company and its subsidiaries whereby the former has various means of controlling or guiding its subsidiaries, in spite of the principle of separate corporate personality, and the relationship between a lead company and its contractually organized value chain consisting of ‘seemingly independent corporations connected through contractual relationships’. Jaako argued that from a governance perspective there is little difference in whether we are dealing with corporate groups or contractually organized value chains. He explained that lead firms normally govern their contractually organized value chains through codes of conduct integrated in supply chain contracts which include standards to follow in relation to social and environmental issues. However, the scholar highlighted that these codes of conduct are generally not enough for a variety of reasons including the potential lack of financial, technical and other types of means of the suppliers to adequately implement The scholar concluded by reflecting on the ways in which mandatory due diligence will affect these kind of organizational structures and contracts.

Sara Dadush shared some of her experience working for the Business Law Section of the American Bar Association on model contract clauses (MCCs) for the implementation of the UNGPs and corporate human rights due diligence. She started by explaining that the idea behind the MCCs come from the observation that many firms have made public commitments to uphold human rights but are rarely compelled to take measures to ensure that these are effectively implemented. The scholar highlighted that the ‘MCCs seek to address this gap by offering language and drafting guidance for implementing companies’ human rights policies contractually‘. Sara emphasized that a key contribution of the MCCs is to place production process conformity on contractual par with product conformity, meaning that failure to respect workers’ human rights in the production process is treated as a contractual breach, in the same veign as a typical contract the sale of goods would would treat a failure to deliver the goods on time or in accordance with the design specifications. The scholar then contrasted the two versions of the MCCs. She highlighted that whilst the version 1.0 was more ‘buyer-friendly’, disregarding the role of purchasing practices as potentially contributing to human rights issues in the supply chains, version 2.0 proposes MCCs wich aim to ensure that the buyer engage in responsible purchasing practices. Finally, she highligted that workers normally have no rights in relation to access to remedy under the contract.

Next, Stuart Neely elaborated on some of the legal and practical aspects that should be borne in mind in using contractual clauses.

Finally, some of the panellists explored the limitations of holding board members liable and reflected on the question of incentives, since the board of director’s react on the incentives.