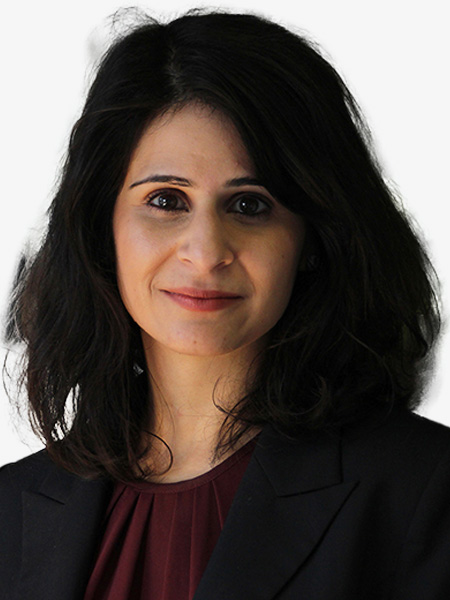 About the author: Freya is a Senior Lawyer at the Human Rights Law Centre where she specialises in business and human rights. She has also worked in private practice both in Australia and in the UK.

Transcript of the intervention by Freya Dinshaw in the webinar on Corporate Due Diligence and Civil Liability organised by the Nova Centre on Business, Human Rights and the Environment with the support of the Portuguese Presidency of the Council of the European Union in partnership with the British Institute of International and Comparative Law, the Portuguese Ombudsman (Provedor de Justiça), the Teaching Business and Human Rights Forum, and NOVA 4 The Globe on the 28th of January 2021.

Question: You have been calling for a mandatory human rights and environmental due diligence law in Australia. From your perspective, why is civil liability needed in this context, not just in Australia but also elsewhere? What is the experience from existing laws which do not connect civil liability to reporting requirements?

Civil liability is an essential aspect of an mHREDD regime, and is the key feature that makes the regime meaningful for the people whose rights have been abused and for whom there is no easy path to justice.

In my work, I’ve spoken with people who have lost a loved one or had their community destroyed. When you hear what people have gone through, it’s kind of unbelievable that someone’s world has fallen apart and yet the company involved can carry on business as usual. But in Australia and elsewhere, our existing laws are not currently designed to give people anywhere to turn when these kind of events happen.

My experience in Australia is that it can be quite difficult in practice to file cases in court for corporate human rights matters.

For example, we have fairly strong laws around directors’ duties in Australia, coupled with civil and criminal penalties for serious breaches, including jail time. And it is possible that an argument could be made that failing to respect human rights is a breach of the director’s duty to act with due care and diligence.

However, I have looked quite carefully at this, and even when considering what I thought was a fairly open and shut case which should have reasonable chances of success, what I realized is there are real practical and legal hurdles in bringing this kind of claim to court.

This might be obvious, but what I realised is that our directors’ duties laws are not purpose built with human rights matters in mind. They are designed to ensure financial wellbeing, not the wellbeing of people that impacted by companies. So bringing this kind of case is like trying to fit a shoe on someone’s hand or a glove onto someone’s foot –it could work but it isn’t necessarily designed to work like that. And this isn’t good enough when you consider the trauma and hardship that people face day to day.

In Australia, we also recently enacted an MSA, which is modelled on the UK and requires companies to report on the steps they are taking to prevent and address modern slavery in their operations and supply chains, specifically including due diligence and remediation. It’s very new, and the first round of statements have only just started to be published.

However, in terms of legal options, the MSA does not help a worker that is forced to work in slave-like conditions in the supply chain of an Australian company. There is no ability under the MSA to bring action on behalf of overseas workers. The Government agency administering the MSA can’t take action on their behalf, or fine companies that do not comply with their obligations. The only hard enforcement mechanism relates to criminal prosecution which predated the MSA– however, to date no Australian companies have been prosecuted in respect of slavery-like practices overseas.

The Australia’s law reform commission has recently come out and said that reporting and transparency, without more, may –‘be effective at raising awareness among the business sector, these measures are not sufficient to generate meaningful behaviour change in the long run.’

With the mHREDD movement, we now have an opportunity to design a law that gives people somewhere to go when their rights are abused, that is purpose built and can drive positive change. Currently people don’t have anywhere to go, and that’s not really good enough.

Question: How do you envision that the connection between civil liabilty and due diligence would to be provided for in the Australian framework? Would there be a duty to prevent, as we have seen in the UK legal framework?

In Australia we are very much looking to the experiences of overseas models to see what could work.

Traditionally we look to the UK, which is why we’ve have gone down the MSA path, and this path will be reviewed next year by the Government as part of its 3 year review at which point mHRDD and other reforms should all be on the table. We are also currently looking to the UK to reform our anti-bribery laws, along the duty to prevent lines.

We are currently in trade negotiations with the EU, so the direction that the EU takes on mHRDD will be very influential in any model that would be followed here.

From a civil society perspective, of course we are looking to achieve real change in the way business deals with human rights matters. And is the case everywhere, we are keen to avoid a ‘tick box’ approach to due diligence. For example, the fact that Australian mining giant Rio Tinto could blow up a 46,000 year Aboriginal sacred site in Western Australia against the wishes of Traditional Owners despite being one of the highest ranking mining companies on the Corporate Human Rights Benchmark demonstrates to us that we need to be fairly careful in how standards of due diligence are set and met for the purposes of civil liability.

Question: What would civil liability mean for advising rights-holders? How would it impact on their ability to engage and be taken seriously by companies even before any pleadings are issued? How would it change the landscape and role for civil society pre- and post-civil remedy

At the heart of business and human rights issues lies a serious power imbalance between companies, and the workers, communities and individuals impacted by them. This is the fundamental problem that civil liability can begin to address.

When I speak to people who have suffered harm or injustice that could have been prevented, it is disheartening to have to give advice on how legal options are limited, about the challenges each step brings, about the financial and procedural hurdles involved, and how the whole process may take years.

It’s also a huge burden for people to fight these uphill battles. You have to remember that they have already gone through so much before getting to the point of bringing a case. In addition, by speaking out, people can risk danger to themselves and their communities. They need to retraumatize themselves again and again by speaking to lawyer after lawyer, expert after expert, and having to constantly relive the events. Money can be an issue. There’s also a huge personal toll that can accompany these cases, in terms of all the time, energy, emotional stress and the weight of community expectations. For many people, all of this may outweigh the benefits of seeking to hold a company accountable for what they have done when the chances of success are not really in their favour.

So, while this situation remains, to some extent these kind of disputes will always be unfair and uneven. That’s why many civil society organisations need to look outside the law to pressure companies into doing the right thing.

Having a clear route to litigation wouldn’t solve all these challenges, but it would go a long way towards improving access to justice. It would potentially bring companies to the table when grievances are raised by communities or civil society organizations. In fact, it incentivises companies to meaningfully and sensitively engage on human rights issues even if in order to avoid the drama of going to the courtroom. And it ultimately tells people that their human rights do matter, and there’s somewhere they can go when things fall apart.

So allowing people the basic right to go to court when they’ve suffered a wrong is what will start to slowly shift this situation that we have right now, and I really think it will make a difference.