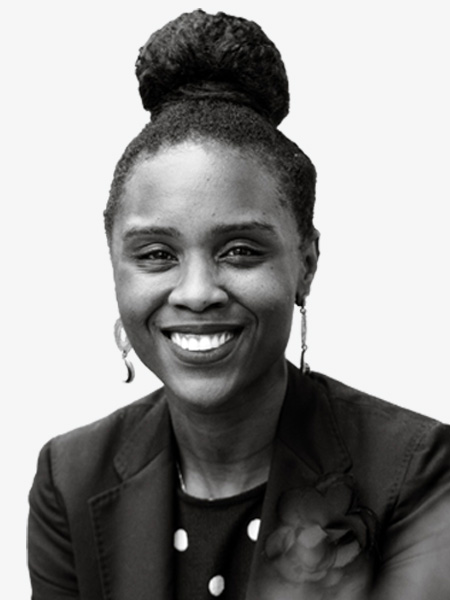 This post is based on the intervention of Lécia Vicente in the webinar on Corporate Due Diligence in Contract and Company Law organised by the Nova Centre on Business, Human Rights and the Environment with the support of the Portuguese Presidency of the Council of the European Union in partnership with the British Institute of International and Comparative Law, the Portuguese Ombudsman (Provedor de Justiça), the Teaching Business and Human Rights Forum, and NOVA 4 The Globe on the 25th of March 2021.

Well, let me start with this. The COVID-19 health crisis has exposed how some business entities can relatively easily shift their businesses’ negative impacts to other jurisdictions without being held accountable. The COVID-19 crisis has also shown that not all businesses have taken steps to mitigate the crisis’s adverse effects on workers and supply chains. There are many reasons why companies have not taken those steps—possibly a lack of resiliency in the economic infrastructure, insufficient governmental support, or a lack of prioritization of mitigating such negative impacts on third parties. This is an inquiry that avails itself to empirical study.

In this context, I think about the disproportionate impact that business activities have on particular stakeholders such as women, where in many cases women are working moms, heads of households, community organizers quietly filling in the gaps that states are not able to fill. I think about the environment and the negative impacts that climate change has had on states’ economies and the lives of millions of people worldwide, many of them living below the poverty threshold.

If we understand that due diligence is the businesses’ obligation “to take all proportionate and commensurate measures and make efforts within their means to prevent adverse impacts on human rights, the environment or good governance from occurring in their value chains, and to address such impacts when they occur,” as it is outlined in the annex to the European Parliament resolution of March 10, 2021, with recommendations to the Commission on Corporate due diligence and corporate accountability, then the question is: what should board of directors do? And in doing so, what should they prioritize?

I think I would get different answers to these questions depending on what side of the Atlantic I am. However, it is inevitable to think about the scope of the directors’ and officers’ fiduciary duties. Directors’ fiduciary duties consist of two main duties – the duties of care and loyalty. There is also the duty of good faith, which Delaware courts tend to include in the duty of loyalty.

Shareholders hire directors to act in the interests of shareholders. Shareholders are interested in profit maximization. In 1970, Milton Friedman published a piece in the New York Times where he wrote that the managers’ primary responsibility was to the corporation’s owners: the investors. He wrote, “there is one and only one social responsibility of business – to use its resources and engage in activities designed to increase its profits so long as it stays within the rules of the game which is to say, engages in open and free competition without deception fraud.”

However, we live in a post-Milton Friedman world. Directors cannot ignore that the world has changed and that investors want accountability, especially when responding to negative impacts deriving from climate change, supply chains, or discrimination. Investors demand accountability not because that goodwill is an expression of the investors’ own self-interests, as Milton Friedman would put it, but because, ultimately, they understand that businesses, particularly publicly-held corporations, have a political role. If businesses have a political role, then managers’ role can be political too. And if the managers’ role can be political, then making profit may not be the only aspect of the business that managers should consider.

There are recent examples that illustrate the extension of the scope of corporations’ duties of care. For example, on January 29, 2021, the Court of Appeal of the Hague ruled that Shell’s Nigerian subsidiary was liable for the damages caused by oil spills from underground pipelines and an oil well in Nigeria. The plaintiffs were four Nigerian farmers and Friends of the Earth. The court considered Shell Nigeria liable and held that Shell Nigeria and its parent company should build a better warning system in one of the pipelines to detect future leaks and limit environmental damage.

More recently, on February 12, 2021, the English Supreme Court judgement in Okpabi and others v. Royal Dutch Shell Plc and another, unanimously ruled that the plaintiffs’ case should proceed because the parent company owed a duty of care to the Nigerian citizens for the alleged environmental damages and human rights violations by the Nigerian subsidiary.

On March 19, 2021, in the case of a class action involving more than 15,000 Indonesian farmers, the Australian Federal Court found that PTTEP Australasia had breached its duty of care to Indonesian seaweed farmers when it failed to prevent a massive oil spill that travelled into Indonesian waters and destroyed the seaweed crops and livelihoods of West Timor farmers.

Question: How can contract law design affect the scope of directors’ duties?

I understand that optimizing shareholder value means paying attention to the new social values that claim a more inclusive economy. The better corporate officers and directors respond to new economic, environmental, and social challenges and values, the bigger the shareholders’ return will be.

Corporate law has a significant transformative role to play in this context. In practical terms, I am thinking about the contractual design of the corporations’ organic documents such as bylaws that define the business entity’s contractual framework and delineate the directors’ duties. Then, there is a question related to the multiple expressions of ownership in the business controlled by “contract”. Who de facto owns the corporation when the corporation’s contractual framework significantly extends managers’ control powers? This is the object of my recent research project, which I hope will produce conclusive answers in the long-run.

Question: What types of legal reforms would nudge or encourage the directors to behave or decide differently?

Well, for me, I think this is a question of incentives because the board of directors, particularly their members and the directors themselves react or act based on the incentives they have. I do not know if we can talk about executive compensation or the company’s profit, but incentives are significant. So I wonder how many board members want to be board members and how many directors want to be directors if they knew that they would be punished severely for making decisions based on what they feel is their technical knowledge?

So, I think that if we are talking about legal reforms, one way of creating incentives is to think about default rules. These are rules that the parties can contract around easily. I wonder about designing them in a specific way could create an incentive for our shareholders to pressure the board of directors and the directors to go in a certain direction.

So this is a huge discussion; these are great questions. The third point that I would like to refer to is the concept of sustainability. In Europe, we have a definition of what sustainability is, but what about in developing countries or in emerging economies? What is sustainability for them? And when we talk about due diligence, how do we want to craft rules that pay attention to sustainability and what we mean by that?

So, I think there is a lot of food for thought, and I am so grateful that I am part of this discussion that I believe is just beginning.