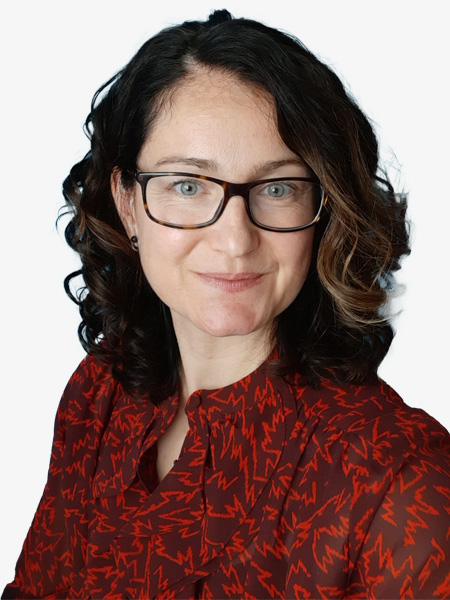 This blog post is based on the intervention of Nadia Bernaz in the webinar on Corporate Due Diligence and Gender Equality organised by the Nova Centre on Business, Human Rights and the Environment with the support of the Portuguese Presidency of the Council of the European Union in partnership with the British Institute of International and Comparative Law, the Portuguese Ombudsman (Provedor de Justiça), the Teaching Business and Human Rights Forum, and NOVA 4 The Globe on the 24th of June 2021.

Question: Why is intersectionality and interdisciplinary approaches important in the context of gender equality?

I may have been asked the easiest question – why is intersectionality important? The answer is clear, it is important because there are intersecting and multiple factors of discrimination. And if we focus only on one aspect, for example gender, then we are missing the whole picture.

What I find interesting is to look at how women – because this is the topic of today, gender equality – can be affected differently in different contexts. One example is one’s marital status, and whether women have children or not. So if you are unmarried and do not have children in certain contexts that actually can be a positive thing. If you are a high flying lawyer in a magic circle law firm in London or New York or Hong Kong, not having children, not having care responsibilities, is a good thing. But in different contexts, not being married, not having a family can be seen as weird and lead to all sorts of biases. This is a really simple example, but it is telling and I suspect many of us here have personal experience of such bias. This example works also in other contexts, whether we talk about other potential discriminating factors such caste or religion or ethnicity, or any other. Without an intersectional approach, gender equality cannot be achieved.

The key message I want to convey about gender equality in the context of business and human rights is something I am sure a lot of people have heard before but is worth repeating here: a truly feminist agenda cannot stop at empowering white university-educated women, because not only is this not enough but it is a damaging strategy because it sends the wrong message that something is being done when in fact by doing this we are only scratching the surface. Unfortunately, this is often the strategy adopted in Europe, and I am speaking here in the context of a webinar series focused on the European context, at a Portuguese institution. Particularly in the European Union, a lot of the debate on gender issues has centred around things like equal pay for equal work, and the focus has been on measures asking for example for more women in the boardroom. All of this is of course important, but just like in academia, gender and intersecting forms of discrimination will not be magically addressed when more white women become professors.

So it is important to be aware of intersectional issues, also in the context of Portugal developing its national action plan on business and human rights. When designing a national action plan, it is not enough to ask yourself: “Okay, how do we include women? Or even what is going to be the impact on women?”. What is needed is to look at the intersectional forms of discrimination and include all sorts of women in the process. Not just the women you are perhaps more comfortable with, because they are the women you will most likely encounter in your job but, for example, migrant women. We’ve heard from Salil about the impact of the pandemic on frontline workers etc. I do not know the situation in Portugal but in many countries many of those jobs are held by a migrant worker workforce. I think we’ll have a second round of questions, in which I will get an opportunity to talk about the due diligence process as such, so as an introduction to intersectional issues I’ll stop here.

Question: Does the concept of human rights due diligence accommodate taking into consideration these different right holders, and their multiple realities, in your opinion?

Yes, I definitely think that the concept of human rights due diligence can accommodate different groups. That’s what it’s for! Due diligence as a concept should do what it says on the tin. If one undertakes to identify, prevent, mitigate and account for possible human rights impacts of corporations, then that means looking at various rights-holders taking into account their diversity.

To come back to what Penelope was saying, it is clear that the UNGPs are insufficient, from a gender perspective and that they are indeed erasing multiple realities and experiences. But on the other hand, they do use language that, if not explicitly inclusive, can at least be read in a way that can advance the rights of various subgroups. I would argue there is nothing in the Guiding Principles that prevents companies from taking the human rights due diligence process seriously and actually doing it properly by engaging, by trying to address all forms of discrimination and bias. So maybe we can discuss further, but I do not see anything in the UNGPs standing in the way of carrying out truly inclusive due diligence. In that sense we need to make the most of what we have.

The notion of human rights due diligence calls for mapping the possible human rights impact of certain activities and certain businesses, and then finding ways to prevent or mitigate that impact, or remedy it if the risk has materialized into actual impact. Corporate due diligence holds truly transformative potential.

I want to make a point here: companies carrying out human rights due diligence should identify potential issues and design strategies to address them. But, importantly, gender transformative approaches should inform the very first stage which is framing the problem. A feminist approach to human rights due diligence is not just about finding solutions that include women, but it is also about how you frame the problem in the first place. I’ve seen that error being made in a number of contexts, also coming back to what Penelope was saying about extractive industries. If you look at mining developments in certain communities, you cannot just yourself “how can we make sure women benefit as well?”. Rather, the question may be “what impact is this mining project going to have on women?” And if women are going to be disproportionately affected, how can this be prevented?. So, looking at due diligence from a feminist perspective, gender sensitive approaches, taking into consideration solutions that could include women are not enough. Gender transformative approaches will lead to framing problems differently and that’s how due diligence should be interpreted.

To come back to the question I was asked, the concept of human rights due diligence can accommodate, I think, a gender perspective, but it needs to be done really from the start and not just as an after thought for example when coming up with remedies that will be “ good for women” in the end.

And on this, I’m not sure I’ll have the opportunity to make this point so I will take a couple more minutes to make it, I often hear discussions on human rights due diligence about how we should not adopt a ticking box or checklist approach, because all contexts are different, etc. But I disagree with this. It’s a criticism of human rights due diligence that I don’t really understand, or let’s say that I don’t agree with. It really depends on what you put on the list and on the kind of boxes you’re checking. And, you know, for many of us to do lists is the way to get things done. More seriously, I think that’s the kind of alienating language we should avoid. Business function in a certain way, they know how to get things done so if the strategy is one that embraces intersectionality I see nothing wrong with ticking boxes to address true gender equality.