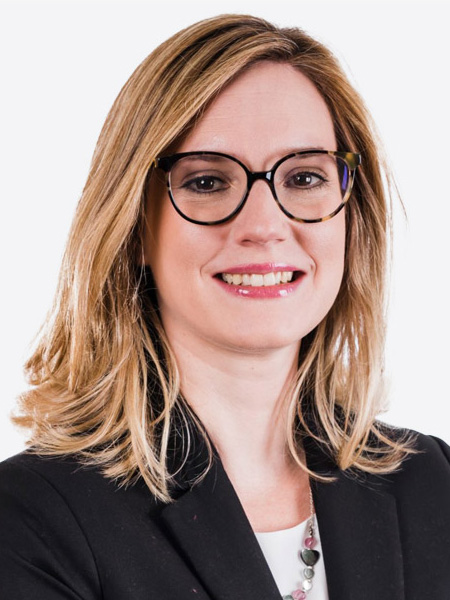 About the author: Claire Bright is Assistant Professor in Private Law and the Director of the Nova Centre on Business, Human Rights and the Environment at Nova Law School in Lisbon, as well as an Associate Research Fellow at the British Institute of International and Comparative Law.

The following blog post is largely based on the intervention of Claire Bright in the webinar on Corporate Due Diligence and Private International Law organised by the Nova Centre on Business, Human Rights and the Environment on the 25th of February 2021 with the support of the Portuguese Presidency of the Council of the European Union in partnership with the British Institute of International and Comparative Law, the Portuguese Ombudsman (Provedor de Justiça), the Teaching Business and Human Rights Forum, and NOVA 4 The Globe.

Under international law, every breach gives rise to an obligation to provide remedy. The notion of ‘rights’ itself is meaningless without a mechanisms to ensure access to effective remedy when breaches have occurred.

The UN Guiding Principles on Business and Human Rights (UNGPs) – which were unanimously endorsed by the UN Human Rights Council in 2011, and represent a globally recognized and authoritative framework in the field – highlight that the duty to provide access to remedy is part of the State’s duty to protect human rights.

More specifically, States are required to ensure that when business-related human rights abuses ‘occur within their territory and/or jurisdiction those affected have access to effective remedy’(1). Guiding Principle 26 clarifies that:

States should take appropriate steps to ensure the effectiveness of domestic judicial mechanisms when addressing business-related human rights abuses, including considering ways to reduce legal, practical and other relevant barriers that could lead to a denial of access to remedy.

Yet numerous studies have documented the many obstacles to accessing remedy faced by individuals whose human rights have been adversely affected by business-related activities.

A 2019 study for the European Parliament on Access to Legal Remedies for Victims of Corporate Human Rights Abuses in Third Countries co-authored by the author of this blog post mapped out relevant legal proceedings brought in Europe against EU-based companies accused of human rights harms in third countries over the past decade (2). The study ananalysed 35 cases in total, out of which:

– Only 1 led to a positive judicial outcome on the merits for the claimants.

The latter was a case on corporate criminal liability which involved the supply of weapons by a CEO of a company to the Charles Taylors’ government in Liberia in exchange for timber concessions (3). Since the study was published, there has now been the first positive judicial outcome for the claimants on the merits in a civil liability case against a corporation in the ruling against Shell discussed below.

Numerous hurdles to accessing legal remedy faced by claimants were identified in the study which grouped them into 2 categories: the practical and procedural obstacles and the legal obstacles. Amongst the recurrent legal barriers identified, several were linked to the private international law rules (jurisdictional issues and applicable law issues), which in their current form, are ill-adapted to the specificities of crossborder civil claims arising out of alleged corporate-related human rights harms. These will be analysed in turn.

Two cases in particular will be referred to here to illustrate the jurisdictional issues that arise out of Brussels I Recast Regulation: the Shell case and the Vedanta case.

The Vedanta case involved civil proceedings brought in the UK by 1,826 Zambian citizens against both the UK parent company Vedanta and its Zambian subsidiary. They were claiming reparation for the damage that they allegedly suffered as a result of the toxic emissions from the Copper Mine in Zambia which was owned and operated by the Zambian subsidiary.

In this case, the English court asserted its jurisdiction over the parent company on the basis of Article 4.1 of the Brussels I Recast, combined with Article 63 Regulation since Vedanta is domiciled in the UK.

Article 4.1 provides in this respect that:

Subject to this regulation, persons domiciled in a Member State shall, whatever their nationality, be sued in the courts of that Member State.

And Article 63.1 specifies that:

For the purposes of this Regulation, a company or other legal person or association of natural or legal persons is domiciled at the place where it has its:

(b) Central administration; or

However, the application of the Brussels I Recast Regulation is generally limited to EU-domiciled defendants, meaning that it is the domestic law of the forum which determines residual jurisdiction over non-EU entities. More concretely, this entails that, as against the Zambian subsidiary, the claimants had to rely on English domestic rules, and in particular Paragraph 3.1(3) of Practice Direction 6B  which reads as follows:

Service out of the jurisdiction where permission is required

3.1. The claimant may serve a claim form out of the jurisdiction with the permission of the court under rule 6.36 where –

(a) there is between the claimant and the defendant a real issue which it is reasonable for the court to try; and

(b) The claimant wishes to serve the claim form on another person who is a necessary or proper party to that claim.

The  judgment was very significant in several respects, which have been discussed elsewhere, but it is worth pointing out that it took 4 years just to reach a decision on the jurisdictional issues. In the  Supreme Court, Lord Briggs commented on the disproportionate way in which the jurisdictional issues have been litigated, the voluminous pleadings, and the need to avoid a mini trial at such an early stage of the legal proceedings, before the normal processes of discovery and interrogatories have been completed. Lord Briggs quoted Lord Neuberger of Abbotsbury who stated in the case of VTB Capital plc v. Nutritek International Corp (4):

It is self-defeating if, in order to determine whether an action should proceed to trial in this jurisdiction, the parties prepare for and conduct a hearing which approaches the putative trial itself, in terms of effort, time and cost. There is also a real danger that, if the hearing is an expensive and time-consuming exercise, it will be used by a richer party to wear down a poorer party, or by a party with a weak case to prevent, or at least to discourage, a party with a strong case from enforcing its rights.

This warning is particularly relevant in the field of business-related corporate human rights claims which are often characterised by significant imbalances of powers between the parties, as acknowledged by Commentary to Guiding Principle 26 of the UNGPs.

Similar jurisdictional challenges were also faced by the claimants in the Shell cases.  In this respect, proceedings were filed both in the UK and in the Netherlands in relation to oil spills from pipelines which resulted in environmental damage and affected the lives and livelihoods of communities in the Niger Delta.  In the Netherlands, four separate proceedings were filed by 4 Nigerian farmers against the parent company Royal Dutch Shell (headquartered in the Netherlands) and its Nigerian subsidiary which was operating the pipelines. In parallel, claims were filed on behalf of two different Nigerian communities (Ogali and Bille) in the UK where Shell has its registered office. Even though the respective fora eventually allowed the claims to proceed on the jurisdictional grounds, the discussions on whether the jurisdiction of the English and the Dutch courts respectively should extend to cover the connected claims against the foreign subsidiaries were lengthy, created unnecessary delays and added to legal costs.

Against this backdrop, regulatory reform is needed in order to shorten and simplify proceedings and ensure effective access to remedy. In our above-mentioned study for the European Parliament (which was refered to in the report of the JURI committee with recommendations to the Commission on corporate due diligence and corporate accountability published on the 11th of February 2021) we had made a number of recommendations to the European institutions to strenghten the jurisdiction of Member States courts over extraterritorial cases, and in particular suggested that (5):

Although the report of the JURI committee include the proposition to revise the Brussels I Recast Regulation in order to insert a forum necessitatis (6), it regrettably did not provide for a revision of the Regulation to allow for connected claims to be heard before the same forum which us a missed opportunity from an access to remedy perspective.

Several cases have shown that the applicable law can also constitute a significant barrier to accessing legal remedies for victims of human rights abuses allegedly carried out by EU companies in third countries.

Under Article 4.1 of the Rome II Regulation, the law applicable to tort claims is the law of the place where the damage occurred (lex loci delicti). The article reads that:

In a case like the Shell case mentioned above, the conflict of law rules under the Rome I Regulation would therefore point to Nigerian law as the applicable law. In first instance, the District Court of The Hague had originally dismissed the claims against the parent company on the grounds that under the applicable law – Nigerian law – there was no general duty of care of parent companies to prevent their subsidiaries from inflicting damage on others through their business operations (7). This difficulty was circumvented in that particular case by the Court of Appeal of The Hague which considered that English common law cases have persuasive authority in Nigerian law, as a common law system. However, the case highlights the limitations of the Rome II approach, which points to the host State law (as the law of the country in which the damage occurs) since the effect of applying such law is often to deprive the victims of access to substantive justice and legal remedies. At the moment, the possibility for the forum to apply its own law is confined to two mechanisms of exception under the Rome I Regulation – the overriding mandatory provisions and the public policy exception – which have not been used so far in practice in this type of claims.

Against this backdrop, in our study for the European Parliament, we had also made a number of recommendations to the European institutions to strenghten access to Member State law as the applicable law in this type of cases, and in particular suggested that (8):

The latest proposal to include a specific choice of law provision in favour of the claimant for busines-related human rights claims was included in the report of the JURI committee (9). From an access to remedy perspective, this provision would be particularly important in order to ensure access to substantive justice for the claimants. Indeed, the fact that the Rome I Regulation does not expressly provide for the possibility for the home State law to be applicable in this sort of cases is particularly problematic given that very few countries in the world have actually adopted legislation requiring companies to have processes in place in order to fulfil their responsibility to respect human rights. France was the first one to do so with the introduction of the French Duty of Vigilance Law in 2017, the Netherlands followed suit in 2019, but only in relation to issues of child labour. At the EU level, if the EU adopts a legislation on mandatory human rights and environmental due diligence, it will be a pioneer and it will be necessary to ensure that those higher standards are upheld not only in relation to the harms which occur in Europe but also in relation to the business-related harms of EU companies outside of Europe.