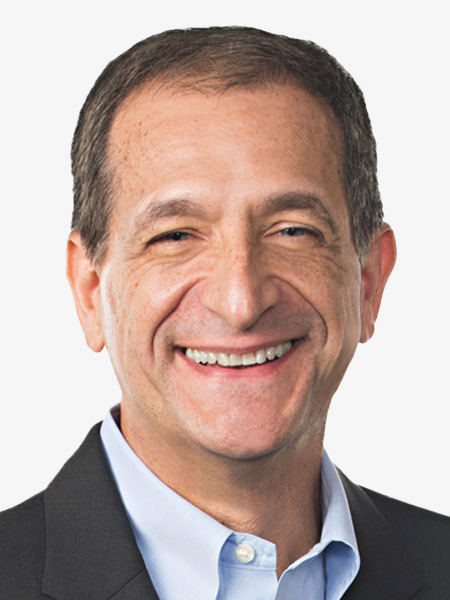 This blog post is based on the interventions of David Jargiello in the webinar on Corporate Due Diligence and Digital Transformation organised as part of the First Annual Conference of the Nova Centre on Business, Human Rights and the Environment with the support of PLMJ, the Portuguese Chamber of Commerce and Industry, CEDIS, as well as NOVA 4 The Globe on the 24th of November 2021.

“Due Diligence” may have a different meanings in different fields and different parts of the world. Can you frame the issue from a US perspective?

To a transactional lawyer in the United States, the term “due diligence” could have different meanings.

For instance, in a transactional setting in the United States the term “due diligence” primarily connotes an “outward-looking” investigation. Used in that sense, the term has roots in the US federal securities laws, specifically the Securities Act of 1933. Under the 1933 Act, as it is called in shorthand, buyers and sellers of securities may bring a private cause of action against the issuer and others in the event they buy or sell pursuant to a materially misleading offering document, called a registration statement. The 1933 Act goes on to provide a defense to such a claim for certain individuals involved in the preparation of the allegedly defective registration statement who can establish that (1) they had a reasonable basis to believe that the registration statement was accurate, based on (2) their reasonable investigation. That “reasonable investigation defense” is colloquially known in the United States as a “due diligence defense.”

Of course this usage of the term extends well beyond securities offerings. More generally one might say that due diligence is the process by which the principal to a business transaction looks at the things that need to be looked at, or that reasonably need to be looked at, with some objectively reasonable level of scrutiny, such that he, she or it is getting, buying, selling or doing in the transaction at hand what it is they think they are getting, buying, selling or doing. In common usage, you might even say that the term has morphed into a verb in the sense that transactional principals might speak of “conducting due diligence” on individuals, businesses, or financials – or in shorthand, “we need to due diligence” some item.

Coming back to the topic today, the broader point is that there are two connotations of the term “due diligence” in US corporate practice. The first is the concept of undertaking some objectively reasonable investigation of others to assess the risk to you. The converse, and our focus today, is the notion of looking inward … What are you doing, as a business enterprise that might create a risk to others? For example, in this usage of the term, due diligence connotes looking at your operations – the way you run supply chains or the way you manufacture or recycle products for instance – to assess the impacts they have on the community in which you operate with respect to human rights, industrial employer relations, environmental impacts, consumer protection issues.

Both connotations exist in the United States, and it is important to understand the distinction.

Do you have any examples of human rights due diligence legislation under US law or any thoughts on the best approach to this issue for US-domiciled businesses?

There is a famous quote by a former justice of the United States Supreme Court – Louis Brandeis – who sat on the Court during the 1920s and 1930s when the New Deal took shape:  “sunlight is the best disinfectant.” Whether or not Justice Brandeis actually crafted that saying is something of modest historical dispute, but he’s certainly credited with it.

Further to that point, under the United States federal securities laws, if an issuer wants to list its shares on a public stock exchange, say, NASDAQ or the New York Stock Exchange, it must first register those shares with the US Securities and Exchange Commission, a rather elaborate and expensive process. Once registered, an issuer remains subject to a continuing disclosure regime. Thus, one might say that the architecture of the federal securities laws at the highest level is one of creating a system that informs investors through disclosure (or “sunshine”) in order to create stable capital markets. It’s the disclosure regime that’s relevant here.

In the United States, there is some history of requiring public-traded companies to disclose information that is not just of importance to the profitability and financial health of the business enterprise, but also to the wellness of the broader community in which the company operates.

The most recent example of this is “Conflict Minerals” disclosure. During the Obama Administration and in the wake of the 2008 global financial crisis, the United States Congress passed the Wall Street Reform and Consumer Protection Act, more commonly known as the “Dodd-Frank Act.” Dodd-Frank had one provision in it that asked of publicly traded companies, in effect, “do you use Conflict Minerals in your operations”? The term “Conflict Minerals” for this purpose is a term of art. Certain metals – tin, tungsten, gold, tantalum – are used to make key components in electronic devices. Your iPhone has such metals in it, for example. Thus, “Conflict Minerals” are the minerals from which such metals are derived, and they are critical to the manufacture of many electronic devices worldwide.

Why do we care about that? Because a key source of those minerals are the nations surrounding the Democratic Republic of Congo, perhaps nine or ten countries. The issue as flagged by the United Nations is that armed groups that foment regional conflict and create an ongoing humanitarian crisis are engaged in the mining and distribution of these minerals for profit.

So, cutting to the chase, to publicly traded companies in the United States Dodd-Frank said the following:  Is the company using Conflict Minerals to develop its products? If yes, then the company must conduct an investigation – or conduct “due diligence” – to determine if it is obtaining them from one of the covered countries. If the company is, or if it may be, obtaining Conflict Minerals from a covered country – the key word from a disclosure standpoint being “may” – then the company must produce what is called a Conflict Minerals report. Of course, the key to all of this from a regulatory standpoint is that this information must be publicly filed with the SEC.

As a background point, a great deal of information about publicly traded companies in the United States is reviewable by the general public. If you want information about such a company, there is a database on the SEC website called EDGAR that contains essentially all public company filings. Generally speaking, one can go onto EDGAR, search a company name, and see every such public filing whether it is made by Apple, Microsoft, or whoever. Relevant to our discussion today is that there is an SEC form called “Form SD” that deals with Conflict Minerals disclosure. In this way, Dodd-Frank created a rule whereby companies that use Conflict Minerals were required to make a public filing as to the source of such, thus creating an incentive to refrain from using sources with a negative human rights effect. As Brandeis said, “sunlight is the best disinfectant.”

So, to answer the question, there is some precedent for this in the United States. It exists. However, there is a good news, bad news report on the status of the Conflict Minerals rule itself.

The good news is there is such a rule. The legislation managed to get through the United States Congress, responsive rules were promulgated by the SEC, companies complied, and the reports, if you look at any Form SD on EDGAR, provide very long and extraordinarily detailed information on sources of Conflict Minerals for the reporting company.

The bad news is that the Conflict Minerals rule almost immediately drew a constitutional challenge. There has been litigation over one particular aspect of the rule, and in the end that portion of the rule failed as a constitutional matter. The issue, in brief, is that in the United States “free speech” not only means the right to say what you want, but it also means the right to not be told what to say. Thus, part of the Conflict Minerals rule failed on what is called a “compelled speech” basis.

A further bit of good news is that, notwithstanding the constitutional failure and the fact that the rule is in a state of enforcement limbo at the moment, companies appear to be continuing to make disclosure. For example, if you go to EDGAR and look at 2021 Form SD filings you will see that companies are still largely complying and filing the requisite report. Adding to that, anecdotal reporting suggests that affected companies have affirmatively sought to avoid the use of Conflict Minerals from the countries in question, thus ultimately accomplishing the human rights objective.