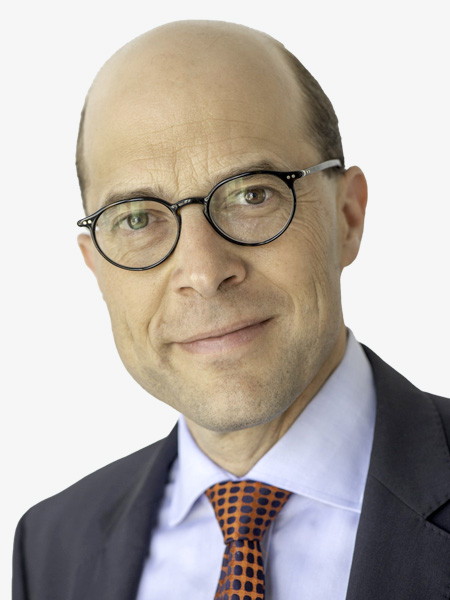 About the author: Prof. Dr. Marc-Philippe WELLER is Vice-Rector for International Affairs and Director of the Institute for Comparative Law, Conflict of Laws and International Business law at Heidelberg University/Germany.

Transcript of the keynote speech delivered by Marc-Philippe Weller in the webinar on Corporate Due Diligence and Private International Law organised by the Nova Centre on Business, Human Rights and the Environment with the support of the Portuguese Presidency of the Council of the European Union in partnership with the British Institute of International and Comparative Law, the Portuguese Ombudsman (Provedor de Justiça), the Teaching Business and Human Rights Forum, and NOVA 4 The Globe on the 25th of February 2021.

I would like to start by looking back into the last century, precisely into the 1970s, when the famous economist Milton Friedman stated that “the social responsibility of business is to increase its profits”. And you all know that, from there, the so-called shareholder approach became the predominant approach or principle in business. Stakeholder interests, that means the interests of other parties such as employees and so on, weren’t taken into account.

Accordingly, multinational companies formed and began externalizing their risks. How did they do that? On the one hand, through supply chains, global supply chains, with independent subcontractors and independent suppliers, and, on the other hand, huge groups of companies with parent companies in the so-called global north and subsidiaries in the so-called global south. Such multinational companies used governance gaps in the global south, where standards are inferior compared to the global north, to increase their profits. Unsurprisingly, we mainly observe human rights violations being committed by subsidiaries, subcontractors and suppliers abroad, that means in the global south.

Now, if you are a victim of such a human rights violation, of course you can sue the supplier or the subsidiary in the global south, as – of course – there are established legal remedies against the supplier or the subsidiary. However, you are likely to face two problems: the main problem is the risk of insolvency of such subsidiaries and subcontractors, as they may be either illiquid or not have enough assets to be seized, particularly in the case of large-scale lawsuits like, for example, the Shell or the Vedanta proceedings (as Claire showed). The second problematic aspect is that, sometimes, the legal systems are not as well developed as in the global north. That means that you sometimes face corruption, sometimes you lack an independent judiciary. As a result, the multinational company will often win those proceedings and not the victims of the human rights damage.

And that has led to a movement towards the global north in the last years, where we can observe a stark increase in the so-called human rights litigation. This trend began in the USA but quickly made its way over to Europe. Claire showed us some prominent cases from the UK, the Netherlands, and also from Germany.

A similar discussion went on at the level of the United Nations, and – as a result – the United Nations established the so-called guiding principles on business and human rights (UNGP), also called Ruggie Principles. They have three pillars, and our topic today focusses on the second pillar: corporate responsibility. Those principles establish that large corporations have a so-called human rights due diligence duty, a duty to establish a due diligence system to safeguard human rights.

However, there is one problem with the UNGP’s. As you know, they derive from public international law, and, in addition, it is a soft law instrument. That means they don’t impose duties on private actors, they only oblige states.

Of course, states have a duty to protect employees, for example. How can they do that? Well, by establishing tortious duties , for example, or by modifying corporate law. We are analysing one of those legal instruments today: the proposal of the European Parliament.

A prominent case from Germany is the so-called KiK case. KiK stands for “Kunde ist König”. It’s a textile discounter which produced in factories in the global south, inter alia, with Ali Enterprises Ltd, a company in Karachi, Pakistan. About five or six years ago, there was a devastating fire in the Pakistani factory with a lot of people injured and dead. The victims of that fire claimed damages from KiK, the contracting company in Germany, before the German courts.

If you look at this triangular relationship, it is typical for such cases: you have, on the one hand, the victims (the later claimants), then you have the supplying companies (in this case Ali Enterprises in Pakistan), and you have the company in the global north (here KiK GmbH in Germany). The claimants typically argue that the company in the global north, in Europe, is able to influence the production process abroad because they are the main customers or even the parent company of the group. Deriving from that influence or power, the European company has a tortious duty of care not only towards its own employees but also towards the employees of the subsidiary or the supplier.

In more abstract terms, you can see that you have a parent company or a retailing company (in a group of companies we are talking about a subsidiary and a parent company, and in supply chains you refer to the retailing company and the supplier or subcontracting company), and you have the victims. The victims usually, at most, have a contractual relation with the subsidiary or the supplier. They are employees, for example, who are suffering from the bad working conditions in their respective countries.

The question is how can you establish liability of the parent company? There are different approaches.

One approach, when you have a contractual relationship between the victim and the subsidiary, is to pierce the corporate veil of the subsidiary in order to seize the assets of the parent company. Especially when a subsidiary is insolvent, this might be an option. However, it’s difficult to establish because it is a company law approach, and the question of private international law would be: which law is applicable to the piercing of the corporate veil? Probably it would be the law of the subsidiary – I think that’s the prevailing opinion. However, that would pose problems because we would then have to assess and evaluate the foreign law from a European perspective, which is always difficult in such cases.

That’s why the second approach is more convincing. It’s the approach via tort law, through delictual liability. Here, you have two possibilities:

The first one is to make the parent company vicariously liable for its subsidiaries or suppliers. It would mean that the parent company is liable for another person, for another legal entity (the subsidiary). The problem in these cases is that this other person is not a natural person, it’s not an employee of the company, it is an independent company, so that establishing vicarious liability would – at least from a German perspective – probably need an act of the legislator and, in either case, would not be easy to establish.

So these are the questions within the substantive law, and you can imagine that it gets even more complicated when we now discuss the question of forum, i.e. where can you sue those companies, and the applicable law, because this is the decisive, the predominant question today.

Suggested citation: M. Weller. ‘Corporate Due Diligence in the supply chain and in group of companies: Some considerations on issues of substantive law’, Nova Centre on Business, Human Rights and the Environment Blog, 8th March 2021.