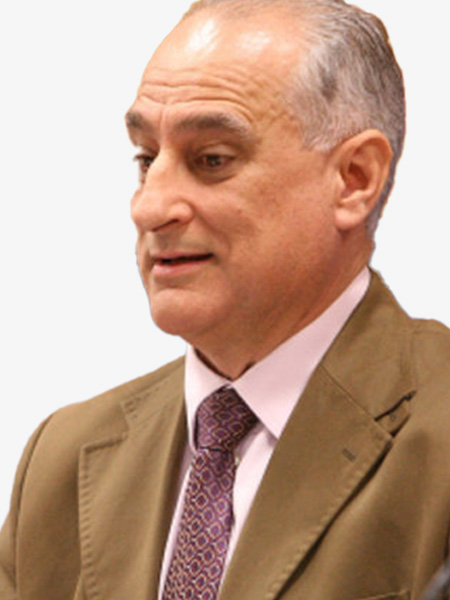 About the author: Francisco Javier Zamora Cabot is Dr. Cum Laude by the Universidad Complutense of Madrid (UCM). He is currently Chair Professor of Private International Law in the Universitat Jaume I (UJI). He has 80 publications in the different aspects of his discipline and now focuses his research mainly on international aspects of Human Rights (Business and HR and Multiculturality), procedural issues and General Theory of Private International Law. He has participated in important Research Projects, like the Consolider HURI-AGE (2009-2015) and the EU Action Grant Human Rights In Business 2014-2017. Outstanding among his more recent publications are three books co-edited on Business and Human Rights, sponsored respectively by the University of Alcalá (HR Chair), the Swiss Institute of Comparative Law (Schulthess Pubs.) and the Editoriale Scientifica di Napoli. Membre Ambassadeur of the AISDC, Lausanne, is Coordinator of the RED AUIP de Empresas y Derechos Humanos, in which 22 universities from Spain and Latin America participate.

A considerable number of multinational companies are headquartered in Spain, some of which have become references and/or leaders in sectors of great importance, such as public works, the extractive industries or renewable energy, just to name a few.

At first sight, given the virtual absence of litigation against these companies, or scandals reported in the mass media regarding their activities abroad, it looks like story of success, of dreams come true in which everything proceeds in accordance with international human and labour rights standards. However, in Spain like in many other countries, the reality tells us a different story, as illustrated by the following examples. Let us place ourselves first in Mexico, and in its industrial and agro-industrial development corridors or poles, where investment by large foreign companies has been largely driven by the liberal framework sponsored by the various trade and investment agreements signed by that country.

The presence of Spanish companies such as Mexikor or Valresa in the Lerma-Chapala – Cuenca del Río Santiago hub, along with a large number of important European companies, has been confirmed, for example by Mónica Vargas, from TNI. The researcher highlights how, already at the beginning of this century, the affected people began to organize themselves to request an investigation of the impacts of business activities on the health of the population. Despite studies having found great health risks due to various types of environmental contamination, and having confirmed the presence of toxic heavy metal such as arsenic or mercury, nothing has been done in this regard.

Furthermore, Mónica Vargas also recalls how the Spanish Cobra Group, owned by ACS (Spanish group), operates in another industrial pole, this time one of the largest in Latin America for petrochemicals and oil, on the isthmus of Tehuantepec. Serious explosions and spills have occurred in this area, such as the one in 2016 at the Los Pajaritos chlorine plant, causing the death of 32 people and exposing 300,000 residents to high levels of dioxins and furans. In addition, the region is home to a multitude of gas pipelines, which are the origin of many incidents in the Nanchital area, and are responsible for the high levels of pollution in the region. Also contributing to this is the Jáltiplan de Morelos coke storage plant, owned by the Spanish company García Munte (now ADN Energy of México), which generates fine dust and toxic clouds with a very high and harmful effect on the population, its livelihoods and various animal species.

Special mention should be made, in another geographical location in the Central American country, of the so-called Morelos Comprehensive Project, which has been widely followed since its inception. As detailed by Elena de Luis in a recent publication, this concerns a multi-million dollar megaproject for the construction of two combined cycle thermoelectric plants, plus a 160 km gas pipeline, a 12 kms aqueduct for the transport of 50 million liters of water per day and a high tension line of 20 kms. The Project crosses 3 Mexican States and affects 80 communities that, from the first moment, have shown their opposition to the project due to the adverse social impacts that the project would have for them – many of them being from indigenous communities or farmers – and due to the high-risk area through which it runs, that of the Popocatépetl volcano, one of the most active and dangerous in the world. Abengoa is in charge of the construction and start-up of the thermoelectric power plant and the aqueduct, and two other Spanish companies, Enagás and Elecnor, must build the Gas Pipeline and operate it for 25 years.

The aforementioned author highlights in her work the foreseeable adverse impacts of the Project regarding the right to a healthy environment and access to water and the lack of prior consultation as required under the ILO Convention 169, as well as the restrictions suffered against the rights to freedom of movement and expression. With regard to indigenous people, broadening the approach to Latin America as a whole, it is also worth remembering the conflictive relations that may have arisen between Spanish companies, for example energy companies, and these communities. Among others, it would be the cases of Repsol and the Yasuníes in the so-called Block 16, in Ecuador, or Endesa and the Mapuches, in Chile.

Finally, it is also worth mentioning the involvement of relevant entities of the Spanish financial sector in supporting companies and projects that have had or are having adverse human rights impacts. This would be the case, for example, of the financing of highly contested oil pipelines, such as the ones of the Atlantic Coast or Dakota Access, in the United States, or the activity of energy giants such as the German RWE which are not in line with the Paris Agreement, or the activities of the large multinational Bunge, in the agri-food sector, which contributes to the  destruction of the Amazon.

The involvement of the aforementioned entities in this regard has been reflected on and can be freely consulted on the BANKTRACK website, which always provides very interesting insights into the problems that arise in the duality of business and human rights.