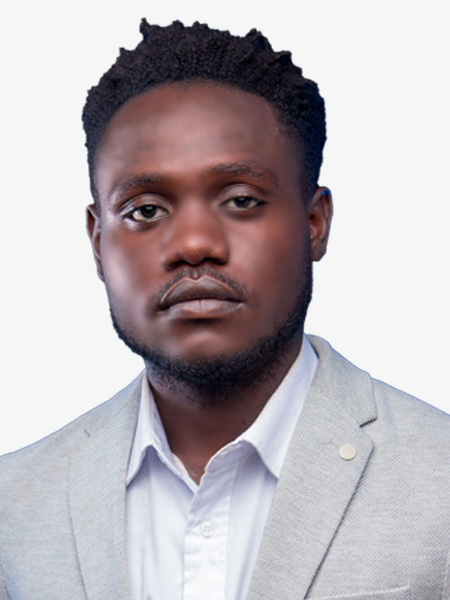 About the author: Bonheur Minzoto is a PhD Law student at the University of Manchester. His current research focuses on parent company liability and how best to embed respect for human rights in group of companies.

This blog post provides a cursory overview of companies’ understanding and implementation of human rights due diligence (HRDD) processes in the Democratic Republic of Congo (DRC). It is based on research I initially completed as part of the LLM thesis with the University of York.

The research used a quadruple framework representing the four components of HRDD as constructed in the United Nations Guiding Principles on Business and Human Rights (UNGPs) – assessing actual and potential human rights impacts, acting on the findings, tracking responses, and reporting – to assess companies’ HRDD practices. The focus was on mining and agricultural industries.[1] I analysed companies’ latest public due diligence disclosures and interviewed senior staff including managers with knowledge of their due diligence undertakings.

In a nutshell, companies know that they should undertake “due diligence”. They claim that they do so, some even publish reports bearing the vey “due diligence” titles. But their practices fall short to reflect international standards in the literal sense of HRDD, in spite of some yet scant best practices. There is a blatant lack of a human rights language in both law and practice, thus justifying the need for an inescapable overarching binding legislation on HRDD in light of the global rise of kindred regulations.

At first glance, DRC has one the most enviable HRDD legal frameworks. This ensues from legal developments that have recently taken place given the severity of human rights impacts due to operating contexts in DRC, which has led some commentators to label the country as “a worst-of-the-worst”[2] case scenario in the connection between business activities and egregious human rights violations.[3] The intrinsically established link led the UN Security Council (UNSC), acting under Chapter VII of the UN Charter, to mandate a Group of Experts on the DRC to produce guidelines for the exercise of supply chain due diligence of minerals from the country.[4] The guidelines, contained in the final report S/2010/596, were endorsed by UNSC resolution 1952 (2010). They are fully consistent with the OECD Guidance for Responsible Supply Chains of Minerals from Conflict-Affected and High-Risk Areas (the OECD Guidance), with the latter providing further details on the five steps requirements therein contained.[5] The OECD Guidance itself has been made mandatory in the country by the Ministerial Order (Arrêté ministériel) 0057 of 29 February 2012 alongside the Regional Certification Mechanism of the International Conference on the Great Lakes Region. Foreign legislations further affecting companies operating in DRC, particularly in their capacity as suppliers to US and EU companies, include the US Dodd–Frank Wall Street Reform and Consumer Protection Act and the EU Conflict Minerals Regulation 2017/821.

Nationally, the revised Congolese Mining Code, while deprived of a direct reference to HRDD, contains various provisions which can assist companies fine-tune their due diligence processes. For instance, it provides for a number of social and environmental requirements, reporting provisions, health and safety regulations, and principles for the traceability and certification of minerals. It introduces strict liability for any damage caused to people, goods, and the environment to which is attached a rebuttable presumption.

On the ground, the OECD Guidance is more prominent in the country – but as I discuss infra, it is too specific to induce genuine corporate respect for human rights. It usually features in both law and practice and suffice it to read due diligence report titles of most mining companies. This is particularly the case not only because it is binding locally but it is also often vulgarised among its addresses. On the other hand, the UNGPs is almost absent from business and human debates in Congo, so are the OECD Guidelines for Multinational Enterprises which have aligned themselves with the Guiding Principles. Regulatory schemes which deal with the subject of supply chain due diligence do not make reference to the Guiding Principles, nor do many companies’ due diligence annual reporting. One interviewee, a company’s CEO, indicated lacking knowledge of the existence of the Guiding Principles and could not, possibly, refer to them in their annual report on due diligence.

2. On the footsteps of corporate human rights due diligence practices

There is a growing awareness among companies to ensure responsible sourcing in accordance with international standards. The question is no longer whether but how to do it. This may suggest a slight yet encouraging shift from a “business as usual”.

The formal periodic reporting that many companies have adopted also offers an opportunity for them to account for their due diligence processes, especially given the severity of human rights impacts due to operating contexts in DRC. At least, there is now a focus on disclosure. Also, some companies have undergone comprehensive and robust grievance mechanisms and resettlement programmes that can be seen as case studies for business engagement with affected communities.

Notwithstanding, examples of good practices I detected are rather modest to suggest genuine industry-wide concerns with human rights respect. In fact, current due diligence practices are characterised by many challenges. I reviewed some of them.

Corporate due diligence practices in DRC fall short to reflect international standards in the literal sense of “HRDD”. Weaknesses include limited or inadequate overall use of leverage, a misconstruction of risks, adoption of a formalistic compliance approach, a reactive rather than proactive mode to uncover risks, and, even blunter, a lack of a “human rights” language.

Issues with the use of leverage

Too often, companies choose or vow to suspend or end the relationship with their business counterparts whenever such partners carry the risk of human rights abuses. Though, this should be resorted to as the last option, as the termination of the relationship usually results in harming local livelihoods and pushing communities into even more precarious situations.[6]

Overall, risks identified were by and large commercial and these included, for one company, “inaccurate or false allegations of human rights by certain adversarial stakeholders”.[7] Companies mostly conceive, and report risks that external events may pose to their operations and trade, including the country’s social, political, and economic situation, rather than those they have or may cause or contribute to. At times, local culture is seen as a challenge to apply good industry practices. One interviewee particularly described the challenge to “retrofit things” that are standard in western countries but a “completely alien concept” in DRC, observing that “you’re having to change the way of the mindset and the way that people have been doing things for decades”.

Beyond the imperialist implication that such characterisations convey, there lies a further explanation of what consultations with communities can sometimes entail and in turn reflect companies’ framings of risks.

Risks reported by companies were actual, i.e., which have already materialised and against which they attempted to respond. This indicates that companies are mostly reactive to risks. Though HRDD entails a “proactive” process to uncover human rights risks and to act accordingly.

Companies lacked focus on human rights, from risk identification to reporting, and managing the risk of having an adverse impact on human rights did not seem strategic for them. A couple of reasons can underlie this trend. First, there was an overreliance on auditing and certification, and this was often seen as an end-all. Though there is a growing case that this industry is but fit to audit and certify human rights practices of others, but in fact, can have a perverse effect of increasing human rights risks.[8]

Second, there seemed a clear divide between environmental and social issues – including human rights, and companies mainly favoured the former. This can be in part an indication of current regulations in the country, which have many environmental requirements, but fail to have the same consideration regarding human rights.

It becomes expedient, and it could not be riper, to impose mandatory “human rights” due diligence as a legal duty for companies in the country. While there is no overarching HRDD obligation in DRC, there exist fragmented due diligence requirements (including soft law), especially in the mining sector. This results in companies losing focus on or literally not knowing about them. The fragmentation is even more pronounced between controlled foreign companies – which mostly refer to international multi-stakeholder initiatives and companies with domestic majority capital – which often rely on domestic and regional frameworks. This calls for uniformisation.

Also, the OECD has done a prominent job in setting up corporate expectations in DRC to ensure conflict-free minerals sourcing. But its Guidance is too specific, not just because it applies only to the mining industry but precisely because it is more concerned with sourcing minerals conflict-free. This often means that gross human rights violations are in principle given ‘sole’ attention, thus side-lining other prohibitions such as labour rights violations. In high-risk and conflict-affected regions, companies are expected to heighten their due diligence processes, given the potential direness of human rights abuses. Indeed, “the higher the risk, the more complex the processes”.[9] This thus entails conflict sensitivity. However, conflict-sensitive practices are not to be applied cloistered but should be integrated into standard HRDD processes. This is in accordance with the UNGPs and subsequent interpretations from the Working Group on Business and Human Rights, which calls for “heightened action” by businesses when operating in high-risk or conflict-affected areas.[10]

Having a standardised HRDD requirement is therefore opportune for a better conceptualisation – as opposed to misconstruction – of risks by companies and to don business practices with a human rights language. Doing so would not be totally novel. Legal precedents have already been set in the mining sector, particularly with the Ministerial Order 0057 and the Mining Code’s shift to reverse the burden of proof. A new regulatory framework could then build on existing duties to make it explicit for companies to conduct “human rights” due diligence in accordance with international standards. Doing so would also ensure that the country is aligned with increasing global evolution regarding mandatory HRDD.

Limitations highlighted supra are not peculiar to business enterprises in DRC. Studies focusing on major global firms usually reveal that the majority of these corporations fail to meet the requirements set by the UNGPs.[11] In the extractive industry, for instance, it is often noted an “overly business-centric nature of HRDD” by corporations.[12] But this is not a consolation for businesses and stakeholders in DRC. What these trends show is that business respect for human rights has yet to be embedded into corporate organisation’s DNA and perhaps far from being. Both laws and practices need fine-tuning to improve corporate human rights performance whilst managing company risks.

[6] Luca Maiotti et al., ‘Interconnected Supply Chains: A Comprehensive Look at Due Diligence Challenges and Opportunities Sourcing Cobalt and Copper from the Democratic Republic of the Congo’ (OECD 2019) p. 38.

[7] Alphamin Bisie Mining SA, ‘Public Report for Calendar Year 2020 on the Implementation of the Requirements of the OECD Guidance for Due Diligence of Mineral Supply Chains without Linkage to Conflict’ (2021) <https://alphaminresources.com/wp-content/uploads/2021/04/2021_03_30_OECD-Annual-Report-2021-Final.pdf> accessed 13 September 2021.

[9] UN General Assembly, ‘Report of the Working Group on the issue of human rights and transnational corporations and other business enterprises. Business, human rights and conflict-affected regions: towards heightened action’ (2020) UN Doc A/75/212, para 13.

Suggested citation: B. Minzoto, ‘Lost in Translation? Human rights due diligence in the practices of companies in DR Congo’, Nova Centre on Business, Human Rights and the Environment Blog, 12th January 2022.