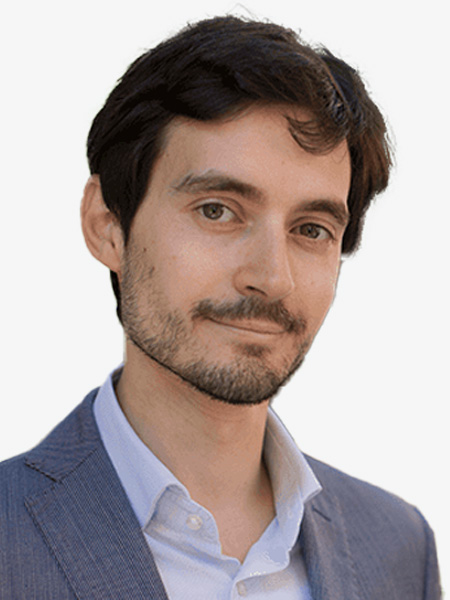 About the author: Giacomo Maria Cremonesi is an Italian Lawyer working at the Italian / Swedish law firm Caiazza & Partners International Law Firm. He is co-founder and member of the Executive Board of the Human Rights International Corner ETS (HRIC), an NGO committed to promote the implementation of the UNGPs and corporate accountability. He is committed to human rights litigation before national, European and international courts, including mediation in front of non-judicial bodies, such as the OECD National Contact Point. His area of expertise includes access to justice for victims of corporate human rights abuses and human rights due diligence with particular interest in data protection and artificial intelligence.

From 2017 to 2019 I have been part of the team assisting Egbema Voice of Freedom (EVF), an association of residents of Aggah Community in Rivers State, Nigeria, in the context of a mediation with the Italian energy multinational company ENI Spa in front of the Italian OECD National Contact Point (NCP) (1).

This is a transnational dispute concerning the impact on human rights and environment allegedly caused by the subsidiary company (NAOC) of a European parent company (ENI) in which the choice of a mediation in front of the NCP was preferable to a transnational litigation in many respects.

In this article I will briefly explain you why.

EVF alleged that since 1970 NAOC built elevated roadways, embankments and platforms that block natural streams that used to flow through Aggah, causing, or contributing to cause, violent annual flooding of large swathes of farmland and residential areas each year, typically during the rainy season. During the years the floods have had grave consequences for community members’ environment, properties, and health, impacting on almost the entire spectrum of human rights from right to life, access to food and water, up to the right to education (2).

The position of the corporation is that the terrain is naturally prone to flooding irrespectively of their operations.

Over the course of decades, several Aggah residents have contacted NAOC repeatedly in hopes of resolving the flooding without significant results. In 2015 the Rivers State Ministry of Environment sent an abatement notice requiring NAOC to build a proper drainage system, and subsequently with the aim of enforcing this order a civil lawsuit was filed against NAOC and it is still pending.

Attempts to resolve the dispute at national level with NAOC failed and therefore the solution of an international mediation involving the parent company ENI was finally taken into consideration.

Mediation in front of the OECD NCP

On 15 December 2017, Egbema Voice of Freedom (EVF), an association of residents of Aggah Community in Rivers State, Nigeria, filed a complaint to the Italian and Dutch NCPs against ENI (3). The Complainants were supported by public interest law firm Chima Williams & Associates (CWA) and NGOs Advocates for Community Alternatives (ACA), Avv. Giacomo Maria Cremonesi and the International Federation for Human Rights (FIDH).

The Complainant didn’t seek for any pecuniary compensation, instead the main request to the corporation was the construction and maintenance of an adequate drainage system that would end the flooding.

The Italian NCP opened a mediation procedure between the parties in the presence of a third-party conciliator and the process led to an agreement published on 2 October 2019 (4).

Phase one of the terms of settlement provides for the urgent construction by the company of new culverts / drainage channels and maintenance of the existing ones to avoid annual flooding. After the constructions are completed, phase two provides for the verification of the impact of those measures in the presence of a technical expert, to determine whether further action should be taken (5).

Implementation of phase one of the agreement is currently taking place.

Certain peculiarities of this dispute have made the mediation in front of the OECD NCP particularly attractive and in some respects the only way forward. Here are some relevant examples.

First of all, it is worth noting that an association of Aggah residents, two NGOs and two law firms have had the unique opportunity to join forces and bring directly the case to two OECD NCPs on behalf of the victims and to participate actively in the procedure. In case of an international lawsuit in front of the judicial authority, only the national lawyers would be allowed to take direct part in the process.

To a certain extent for the members of a community affected by a violation of human rights, it is in itself a form of compensation to be able to expose their struggles and expectations directly to the representatives of the corporate group. Their active participation entails on one hand greater accountability on the part of the company involved and on the other hand greater awareness on the part of the community members regarding the limits and possible outcomes of the mediation process.

During the mediation, Complainants had the opportunity to discuss both with the parent company and the subsidiary. Generally speaking, this element can allow Complainants to bridge the liability gap in corporate groups. In a transnational litigation in the EU, involvement in a trial of the subsidiary company is not guaranteed. In fact, it should be considered that Brussels I Regulation mandates the national courts of EU Member States only to accept jurisdiction in civil liability cases filed against defendants domiciled in the forum State, while the question of courts’ jurisdiction over subsidiaries that are not domiciled in the European Union remains to be regulated by domestic law.

Other advantages of a mediation have to do with the speed of the procedure (especially if compared with the length of the Italian proceedings) and the absence of procedural costs.

Furthermore, the main advantage of a mediation in front of the OECD NCP is evident in a case like this in which the primary goal was to impose a duty to perform something (i.e. build a drainage system) instead of obtaining a pecuniary compensation. In fact, in the absence of an active collaboration of the multinational company, imposing a duty to perform such a task through the Nigerian courts would be unthinkable and probably it would also be the case through the judicial authority of any EU country.

Therefore, even a possible positive judgment would have clashed with the objective difficulties of enforcing it (6). Without a clear commitment from the multinational company, it would have been impossible to obtain the construction of an appropriate drainage system on the company’s infrastructure.

In conclusion, this experience has taught me that in certain business & human rights transnational disputes, a mediation in front of a OECD NCP may be a preferable choice for the victims of corporate abuses.

Suggested citation: G. Cremonise, “Mediation as the only Possible Solution to an International Dispute”, Nova Centre on Business, Human Rights and the Environment Blog, 18th January 2021.