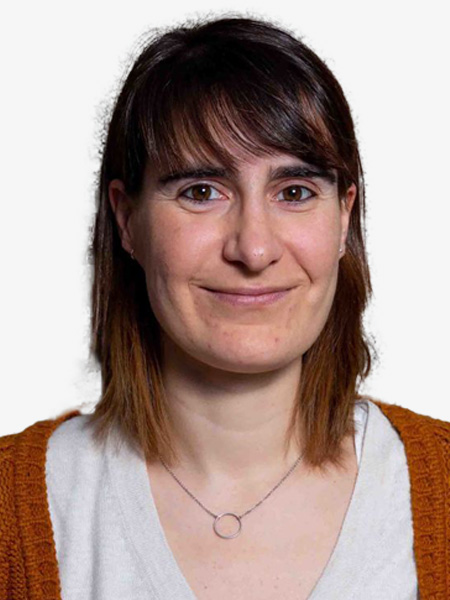 This blog post is based on the interventions of Aintzane Márquez in the webinar on Decent Work and Migrant Workers organised as part of the First Annual Conference of the Nova Centre on Business, Human Rights and the Environment with the support of PLMJ, the Portuguese Chamber of Commerce and Industry, CEDIS, as well as NOVA 4 The Globe on the 25th of November 2021.

About the author: Aintzane Márquez is a Senior Attorney at Women’s Link Worldwide, an international nonprofit organization that uses the power of the law to promote social change that advances the rights of women and girls, especially those facing multiple forms of discrimination. Aintzane has been leading Women’s Link’s litigation strategy in the case of four Moroccan female seasonal workers who were involved in the harvesting of the strawberry crop in 2018 in Huelva (Spain) and who suffered labor exploitation and sexual abuse. She has a law degree from Carlos III University in Madrid (Spain), a Master’s in Advanced Studies in Human Rights and is currently enrolled in a PhD in Law program from the same university, investigating corporate responsibility for human rights violations from a gender perspective.

Each year, under a bilateral agreement between Spain and Morocco signed in 2001, seasonal female workers are hired in Morocco and brought to Spain for seasonal work in the harvesting of berries and soft fruits in the region of Huelva, Andalusia.

This intensive agricultural production model requires lots of seasonal workers. Many of them are undocumented migrant people who live in informal settlements around the farmlands in different towns of Huelva. Many others are Moroccan women who come to Spain annually to pick berries and strawberries, under this bilateral agreement signed between Spain and Morocco. In 2019 alone, before the pandemic, there were almost 20,000 Moroccan women working during the harvesting season.

These women live in the farmlands, not in the informal settlements, and they are documented migrants. Their rights, in theory, are guaranteed by the agreement, but because of how gender-based discrimination intersects with factors including race, social-economic factors, and migration status, these workers often experience violations of their human rights in ways which are unique. The experiences of these women are unfortunately a paradigmatic example of the nexus between gender, migration, and corporate human rights abuses.

Despite the fact that systematic exploitation of migrant workers in Huelva is said to have been going on for many years, it was not until 2018 that reports of exploitative labor conditions, physical abuse, sexual assaults, and racism gained wider attention. Since that year, Women’s Link Worlwide is representing four female migrant workers who suffered labour exploitation and sexual harassment while harvesting berries in Spain.

While the agreement between Spain and Morocco does not specify a selection criterion based on gender, in practice, women are specifically sought for a number of reasons; not least because they are stereotypically thought to be more docile, more careful and more hard working than men.

Another unofficial selection criterion is that the workers are the heads of their household and have young children; many of the women recruited are divorced or widowed and, as their families remain in Morocco during the picking season, this measure effectively serves as a guarantee that they will return to their home country at the end of their contracts in Spain.

Playing on the role of women as mothers and caregivers and knowing that the women rely on this employment to support their families, some companies take advantage of their position of vulnerability to impose abusive labor conditions with impunity, knowing that it is unlikely that the women will risk losing their income by challenging them. Furthermore, the whole situation puts women at risk of suffering gender-based violence, especially sexual violence, which they cannot denounce if they want to keep their jobs.

A number of intersecting factors are at play, which significantly limit the ability of these migrant workers to speak out about the abuse and suffering that they endure. First the women’s work and residency permits are linked to a contract with a specific company hence it is very difficult to change companies. Secondly, as there is a nominative system in place in that once you have participated in previous campaigns: the first company must ask to for you in the next campaigns. In other words, there is a total dependence on the company for continued employment for future campaigns.

For these reasons, if the workers do speak out about the abusive conditions in which they are forced to live and work, they also face losing the precious chance of re-employment in future seasons.

In the case that any of the women seek to report the abuse, risking unemployment is not the only issue that they face. These women also face significant practical barriers to accessing justice in that they are not only physically isolated in the farmland far away from towns, but also socially isolated, in that they cannot always speak the local language and have limited contact with local people.

More specifically, their access to justice can also be hindered by lack of information on their human rights and mechanisms to denounce and a lack of trust in the police. Moreover: it is important to acknowledge that persisting inequalities between women and men, gender bias and stereotypes also result in unequal access of women and men to justice.

Gender-transformative approaches must inform the first stage of due diligence, which is framing the problem. From there, what happens to female migrant workers should cut across all stages of due diligence, each of which should be analysed from this reality, adapted to the context in which it is applied and considering forms of intersectional discrimination.

With that in mind, a key recommendation for states would be to adopt a legal framework requiring companies to exercise human rights due diligence to identify, prevent and mitigate the risks of rights violations; including specific abuse suffered by women and by migrant workers.

Focusing on access to justice, states must also ensure that, in the case that allegations of abuse are raised, female migrant workers have access to redress mechanisms for that purpose, including measures that can change discriminatory power structures. For example, not only increasing labor inspections but also ensuring that labour inspectors have received training on and are sensitive to the gendered forms of violence.

Also, companies must implement due diligence protocols with a gender perspective to guarantee that women’s rights are protected. For that purpose, companies risk assessments should be based on sex-disaggregated data on adverse effects and preventive and remedial measures should be targeted to combat gender specific abuses. Ideally, throughout these processes both states and companies should engage women’s organisations who can make and monitor gender-specific recommendations.

In conclusion, while it is undoubtedly positive that there is a model which allows migrant women to travel to Spain for employment opportunities within a legal framework, such systems cannot be allowed to continue with business as usual at the expense of workers’ human rights.