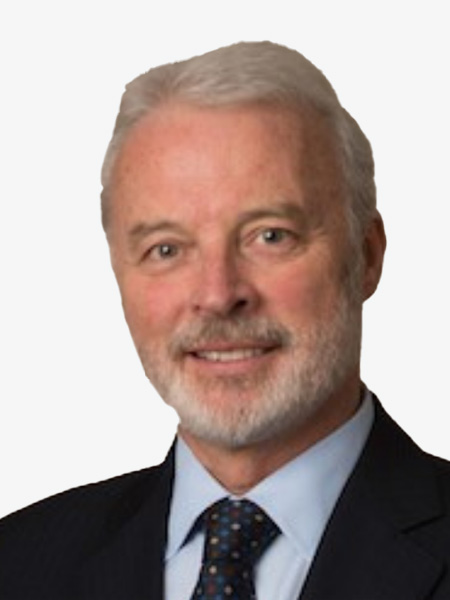 About the author: Robert McCorquodale is a Professor of International Law and Human Rights at the University of Nottingham, a barrister and mediator at Brick Court Chambers, London, and the Founder of Inclusive Law, a consultancy on business and human rights. Robert has over 25 years of experience working in business and human rights. He published widely in this area, and has advised business, assisted governments around the world, been involved with civil society, industry and organisations in drafting legal changes and in litigation. He has appeared as an advocate before the International Court of Justice and the United Kingdom Supreme Court, and as a legal expert before United Nations bodies.

The focus of the discussion was the popular vote in Switzerland on 29 November, 2020 (two weeks prior to the discussion) on a constitutional federal initiative on responsible business: the Responsible Business Initiative (in English).The Initiative is to create a code of obligations on Swiss companies in relation to human rights due diligence and legal liabilities. It covers all Swiss companies and has a strict liability with a due diligence defence. The popular vote did not pass, even though it did achieve a majority of individuals voting, as it failed to achieve a majority of cantons (12 of 20) voting for it, though most of the people who voted in favour were in the cantons where the major Swiss transnational corporations (TNCs) were located.

The panel comprised: Dorothée Baumann-Pauly; Nicolas Bueno; Sarah Dekkiche; Anya George, Urs Rybi; and Elizabeth Umlas. Their knowledge and experiences covered civil society, trade unions, investors, corporations, management, law and scholarship, as well as other areas. The panel discussed the outcome, the context and the consequences of the popular vote. It did not do so in a traditional manner of set speeches but discussed five different questions:

– What was the question put in the popular vote and what happened?

– Did any investors or businesses support the popular vote?

– Why did it go to a popular vote at all?

– What was the context of the popular vote and what is its relationship with other developments?

In order to encourage quick responses, the format was that for each question there were 2-3 persons who provided their responses and with a maximum of 2 minutes speaking time per person. This led to a very lively and engaging session, with considerable time for questions from other participants, and responses by the panellists. Indeed, it was one of the most enjoyable sessions I have had the pleasure to moderate.

However, the format does not lead to an easy summary of the views expressed, as it was more of a positive and warm dialogue between the panellists. So these remarks are more of a reflection on that discussion of the issues than a summary of each view expressed.

There were a very large number of individuals, NGOs, companies and others involved in promoting the Responsible Business Initiative (RBI). In the debate, there were doubts raised about key terms, such as what is “adequate due diligence” and what was civil liability connected to “control”, and how far that would go into the supply chain. Indeed, much of the debate focussed on civil liability through vicarious liability.

Yet it was remarkable that the closer it came to the vote, the more that the debates became polarised and politicised rather than being a true engagement of ideas. It seemed to come down to a simple message either dangers to children overseas or dangers to the Swiss economy. This polarisation meant that some TNCs who may have been supportive chose not to speak up.

The major business associations opposed the RBI and raised issues of uncertainty and civil liability, though probably also for broader reasons of resistance to transparency and accountability than just about BHR. Even major TNC which are supportive of HRDD, such as Nestle, came out against the RBI on basis that would lead to litigation and withdrawal of it from risk areas. Few TNCs spoke up in favour and in boardrooms there was a great deal of uncertainty and fear as to what RBI might bring. However, it was noted that responsible investors do keep finding misalignment between what trade associations claim companies want and what the companies do want.

Some companies and investors did speak up in favour of the RBI, as investors may have preferred better behaviour of Swiss TNCs overseas, which would have reduced risks for investors, and also helped investors in their own responsibilities to respect human rights. This view is linked to the growing group of investors who are supportive of environmental, social and governance (ESG) approaches to investors. However, many investors did not speak up publicly in support of the RBI, for the reasons of the polarising of the debate as noted.

There was also a discussion as to why it came to having a vote at all. This was because there was no political agreement as to the RBI, despite the increasing demands by some for regulation and for not leaving it to voluntary self-regulation, which was generally seen as not being effective. There were some counter-proposals to the RBI in the Swiss Parliament, with the first one, which had due diligence and civil liability provisions, not receiving support in the upper house of Parliament. The second one, which is limited to large companies and only has due diligence obligation in regard to conflict minerals and child labour issues, has no civil liability consequences, with any fines not a remedy to victims. It is also a federal legislation and not a constitutional protection. This was the only one supported by Parliament. This counter-proposal will enter into force as RBI was not successful unless it is amended in light of the RBI outcome.

However, there was a view that the Swiss government may have to go further than the counter-proposal to include civil liability in order to keep up with other European developments. If there is an EU legislation then Switzerland may decide to align with it. Investors generally may wish this, as investors are publicly supporting mandatory human rights due diligence (mHRDD), which is part of the proposal to the EU. It could be argued that mHRDD makes investors and company’s role easier, as it would lessen the need for shareholder resolutions to make companies do better and more efficient than litigation, e.g. investors can sue companies for loss of investments e.g. against BHP for Brazilian dam collapse.

Yet regulation by mHRDD is not what needs to be the final outcome. What is needed is implementation and to have impact. What can be seen where there has been specific legislation on HRDD in other areas, such as the Modern Slavery Act in UK and Australia has been that responses to it in companies have been relegated to the legal department. It has become a legal compliance issue and not a business opportunity at heart of business operations. So regulation may narrow what impactful business and human rights could be. Of course, it matters to companies whether it is law for legal compliance purposes but it can turn the issue of HRDD to a risk and not a business opportunity and without companies  putting sufficient resources into a good HRDD process. A legal compliance view may restrict corporate responses. Further, the UK Modern Slavery Act has shown the fundamental weakness of corporate reporting/disclosure as a way to address human rights risks and abuses.

In addition, the requirement for more transparency, even in the limited way of the counter-proposal, might lead some companies to act on it and trigger change to their internal processes and enable management decision-making to align with human rights. There may be increased demands on companies to report. Indeed, the distinction between mandatory and voluntary HRDD is too binary, as there are multi-stakeholder initiatives which can press companies to become better as compliance. Legality for companies is important but not crucial as seen when RioTinto arguably acted in accordance with the letter of the law when they destroyed indigenous property in Australia, but the lack of social legitimacy in doing so, led to the entire RioTinto management departing. This shows that it is in the interest of all boards to be more diverse, and include expertise in climate change and human rights at board level. This will also help corporate legitimacy.

Looking back, the debate on the popular initiative has increased knowledge of this area for all actors in Switzerland. The Swiss National Action Plan has indicated that it will put in place support for companies to help them implement HRDD.

In terms of the lessons of the Swiss experience for other countries is that it saw a wide number of stakeholders interested in these issues and that a broad alliance is necessary to exert pressure for regulation in this area. If it becomes strongly polarising then that needs to be identified and the gap between groups should be attempted to be bridged. The view was that any legislation must take into account the concerns of all key stakeholders, as the counter-proposal was too strong a response against civil liability. Yet it shows that regulation in this area is supported – even if marginally – by the majority of people in Switzerland, which might also encourage the EU decision to regulate on this area.

My thanks to the panellists for an excellent panel.