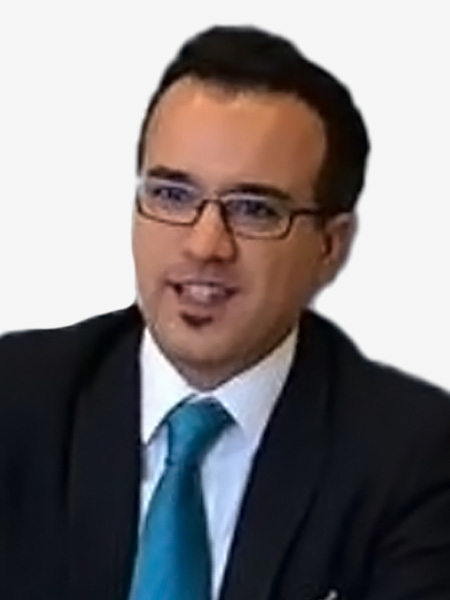 About the author: Dr. Eduardo Álvarez-Armas is Lecturer in Law at Brunel University London, and Collaborateur Scientifique at the Université Catholique de Louvain. He holds, amongst other academic degrees, an LL.M from Stanford Law School, and a double PhD degree (Summa cum laude) from the Université Catholique de Louvain and the Universidad de Granada. His PhD dissertation, entitled “Private International Environmental Litigation before EU Courts: Choice of law as a Tool of Environmental Global Governance”, has been awarded the 2016-2017 extraordinary award for the best PhD dissertation in social and legal sciences by the Universidad de Granada. An edited and updated version will be published by Hart Publishing in 2021 in its “Studies in Private International Law”.

Transcript of the intervention of Eduardo Álvarez-Armas in the webinar on Corporate Due Diligence and Private International Law organised by the Nova Centre on Business, Human Rights and the Environment with the support of the Portuguese Presidency of the Council of the European Union in partnership with the British Institute of International and Comparative Law, the Portuguese Ombudsman (Provedor de Justiça), the Teaching Business and Human Rights Forum, and NOVA 4 The Globe on the 25th of February 2021.

Within the framework of the Webinar organised by the Nova Centre on Business, Human Rights and the Environment on “Corporate Due Diligence and Private International Law”, Dr. Angelica Bonfanti and myself were entrusted with the task of commenting the proposed text for Art. 6a on the law applicable to “Business-related human rights claims”, as a potential addition to the Rome II Regulation. While Dr. Bonfanti and myself gave a collaborative presentation and engaged in a fruitful academic dialogue with each other, the following lines are restricted to reprising some specific points of my own intervention, under the understanding that Dr. Bonfanti will also prepare a text on her own contributions to the discussion.

Our intervention began with me presenting the current choice-of-law legal-framework for “human-rights-related” torts (I deliberately used this shortcut instead of the long paraphrase used in the draft legislation): the general rule in Art. 4 Rome II (4.1 main provision, 4.2 rule on common domicile rule, and 4.3 escape clause) applies at the present, and a separate special provision, Art. 7, deals with choice of law in respect of non-contractual obligations arising from damage to the environment. The latter was presented under the understanding that the proposed new Article seems to be largely inspired on it.

On the four connecting factors and the elective structure

After Dr. Bonfanti engaged with some general aspects of the proposed text, I took over again to precisely delve in the inspirational link between both Articles, beginning with the elective structure of Art. 6a and the four connecting factors included therein. In my opinion, both features are to be celebrated.

In reality, the four potentially applicable legal systems are three, because the third and fourth connecting factors exclude each other (the fourth connecting factor would operate where the parent company “does not have a domicile in a Member State”). And actually, in, many instances, those 3 potentially applicable legal systems will actually boil down to two, as lex loci damni and lex loci actus tend to coincide in the majority of the situations that the proposed legislation targets. So, frequently, the choice of law will be performed between the lex loci damni, and the law of the domicile of the parent company (or the fourth connecting factor as its “substitute”) (1).

In any case, what is the rationale of having four connecting factors? Basically, what the European legislator would want, if this proposal went forward, would be to pull upwards the level of protection of human-rights-violations victims by getting corporations to adjust to the most stringent possible level of protection. How exactly so? Here is where the inspiration and the link between the proposed Article 6a and Article 7 become obvious. If we go back to the explanatory memorandum to the Rome II proposal, that memorandum suggests in respect of Article 7 that it is based on a policy of prevention through incentives, incentives to reach a higher level of protection. So, in a nutshell: what Article 7 aims at, and what proposed Article 6a would am at too, is to allow the victim to choose, amongst several options, the law that provides for the biggest compensation, thus incentivizing potential tortfeasors to either invest in prevention or adapt to the law with the most stringent standards.

For corporations, ascertaining ex ante which law amongst the potentially available options is the most protective one, in respect of each of its various lines of business, is not a complicated risk-calculation operation at all. Conversely, Professor Jan Von Hein has stated that, in his opinion, it may be too complex for victims to identify ex post facto which law will be the most beneficial one for them, amongst those that the 4 connecting factors point to. I personally believe that this “difficulty” is the price to be paid for having a range of choices in order to try to maximize the victim´s redress.

Structurally, the four connecting factors are in a non-hierarchical position, even if lex loci damni is the default one for situations where the victim does not perform a choice of the applicable law. Significantly, as with Art. 7, the prerogative of choosing the applicable law belongs to the victim and not to the relevant courts. This configuration is preferable to that of other structurally similar rules elsewhere (where the prerogative does belong to the relevant court) as it allows victims to better seize their interests. In other words, there is a choice-of-law empowerment of victims, and this is to be celebrated as well.

On the connecting factor of the domicile of the parent company

In the proposed Art. 6a, the “crown jewel” is the connecting factor of the domicile of the parent company. This is a great addition that addresses the core of the policy debate on business and human rights. It addresses the demands that civil society has historically put forward: that transnational corporations should respond the way they would do it at “home”.

I understand that, when addressing this connecting factor in the context of the Global-North/Global-South relationships, certain voices consider it to be “colonialistic”. I politely dissent and consider quite the opposite: it is not offering this option what would actually be “colonialistic”. As regards jurisdiction, offering the courts of the home State of a corporate defendant as an option to victims increases their chances for effective access to justice. Once the option is available, victims can choose whether to litigate before the said courts or not. A similar reasoning goes as regards choice of law: offering the “law of the domicile of the parent” increases victims’ chances to reach effective redress. Then allowing them to choose it (or not, at their will) provides them with freedom and control over certain fundamental aspects of the litigation. Both factors, in this context, precisely amount to an anti-colonialistic stance.

While certain actors fear that the insertion of the “domicile of the parent” connecting factor may trigger an off-shoring reaction (i.e. European corporations moving away from the EU) this fear needs to be relativized in two senses. First, there is empirical research performed by Eurostat in 2007 and 2011 which demonstrates that the factor “less regulation affecting the enterprise, e.g. less environmental regulation” is amongst the least heavy-weighting factors motivating international off-shoring (2). Second, the precise purpose of the fourth connecting factor in Art. 6a (“…where it does not have a domicile in a Member State, the law of the country where it operates”) is to take away the incentive to move away from the EU: any actor operating in the EU “from the outside” will still come within the scope of Art. 6a. Thus the only way to “escape” from it would be to completely abandon the idea of operating within the EU internal market, which is an idea established businesses are unlikely to embrace (3).

On the future relationship between (an enacted) Art. 6a and Art. 7: characterization problems

The potential future coexistence, within Rome II, of a choice-of-law rule on environmental torts and another one on human-rights-related torts may lead to characterization problems: where to draw the line? when is an environmental tort a human-rights violation too, and when is it not? Should the insertion of Art. 6a crystallize, and Art. 7 remain unchanged, this question is likely to become potentially very contentious.

What distinguishes Mines de Potasse (which would generally be thought of as “common” environmental-tort situation) from the recent Dutch ruling in Milieudefensie v. Shell (which would typically fall within the “Business & Human Rights” realm) or from Lluiya v. RWE (as climate-change litigation finds itself increasingly connected to human-rights considerations)? There is a number of criteria that could be used to try to draw the line, but they may be highly controversial.

Therefore, since: i) there may be arguments (some arising from the very EU Parliament´s report) (4) to understand the category of human-rights violations expansively, and subsequently consider every single instance of environmental tort a human-rights-relevant scenario; and ii) the rationale of Art. 6a and 7 is the exactly the same (one is inspired on the other, only the new one contains further choice-of-law options), Rome II should be amended accordingly and smartly.

Thus, I argue that the proposed (Art. 6a) text should be used, with some minor adjustments, as a new text to Art. 7 which would comprise both non-environmentally-related human-rights torts and, comprehensively, all environmental torts (5).

The final point I addressed in my intervention (as a part of an inspiring dialogue with Dr. Bonfanti) was the possibility of conferring the condition of “overriding mandatory rules” to the transpositions of the proposed EU Directive on corporate due diligence and corporate accountability (either explicitly or through judicial interpretation). My core contention on this topic was that doing so would not be sufficient to adequately address situations where somebody sustains “… damage … in the context of business-related civil claims for human rights violations …”. In order words, labelling the Directive´s transpositions as overriding mandatory rules is not an alternative/substitute to having an adequate choice-of-law rule establishing the domestic law to be applied where somebody sustains the said kind of “… damage”.

The content of the proposed Directive is mainly “regulatory” in nature and aims at ex ante prevention, establishing obligations that may trigger “administrative” sanctions if not respected. The Directive does not contain a comprehensive regime of civil liability. Moreover, the directive does not contain sufficiently defined standards of behaviour that may be used to assess the tortfeasor´s fault or lack thereof within the framework of fault-based civil liability.

In sum, if Art. 6a is not enacted, Art. 4, a general provision, not adequately equipped for dealing with human-rights-related torts, will still be called to solve the choice-of-law equation. Therefore, the proposed Art. 6a is much required.

Suggested citation: E. Álvarez-Armas, “Some observations on the proposed Article 6a on the law applicable to Business-related Human Rights claims”, Nova Centre on Business, Human Rights and the Environment Blog, 8th March 2021.