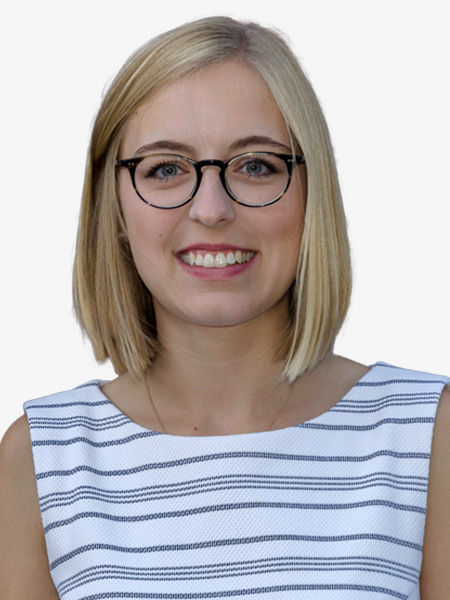 About the author: Laura Nasse is a research assistant and PhD candidate at the Institute for Comparative Law, Conflict of Laws and International Business Law at the University of Heidelberg, Germany. In her research, she focuses on Corporate Human Rights Due Diligence in French and German law and related conflict of laws issues.

On 3 March 2021, the German Federal Cabinet finally adopted the draft for a German Due Diligence Act (Draft Law on Corporate Due Diligence to Prevent Human Rights Violations in Supply Chains). The draft is currently being discussed in the German Bundestag and expected to be adopted in early summer, shortly before the end of the legislative period. It will implement the UN Guiding Principles (hereafter: UNGPs) on a national level. From a comparative law perspective, it is, therefore, adamant to discuss whether the law will follow in the footsteps of its French predecessor, the Duty of Vigilance Law. This blog post aims to briefly compare the two regulations, revealing similarities and differences.

I. Personal scope of application

The personal scope of application of the so-called Loi de vigilance is (so far) limited to companies of a certain size and legal form: The law applies to different forms of public limited companies (SA, SAS, SCA, SE) which have at least 5,000 employees, including their domestic subsidiaries, or at least 10,000 employees with their domestic or foreign subsidiaries. According to the prevailing interpretation, the duty of vigilance is only required from companies with their statutory seat in France. Thus, the scope of application of the French law has clearly departed from the UNGPs which cover all business enterprises.

In comparison, the scope of the proposed German Due Diligence Act seems closer to the UNGPs which require companies of all sizes to exercise Human Rights due diligence. However, according to Section 1, the Act only applies to companies which:

– have their central administration, their principal place of business, their administrative seat or their statutory seat in Germany and

Contrary to the French law, the application of the German draft is not limited to certain legal forms. Furthermore, the scope of the draft is broader with regard to the company’s seat and the number of employees. Finally, the German Draft provides for a gradual extension of the scope of application: On 1 January 2024, the number of employees will be reduced from 3,000 to 1,000.

The Loi de vigilance and the proposed German Due Diligence Act are both facing criticism for not taking up the scope of existing provisions, such as the Non-financial Reporting Directive. In particular, the number of 3,000 employees in the German draft comes as a surprise as the German National Action Plan instead focuses on companies with 500 employees. Even the German Federal Ministry of Labour and Social Affairs and the Federal Ministry for Economic Cooperation and Development have referred to 500 employees in their basic elements for a Due Diligence Act.

Companies falling within the scope of application of the Loi de vigilance are obliged to establish, effectively implement and publish an annual risk management plan – the “vigilance plan”. This plan shall include “appropriate measures” to identify risks to human rights and the environment, and prevent serious violations of these rights. However, the law does not specify in more detail which human rights are covered. Some scholars propose to define them on the basis of international instruments such as the International Bill of Human Rights and the ILO Core Labour Standards.

The necessary monitoring measures are specified in a list of five core elements that must be included in every vigilance plan (cf. Art. L. 225-102-4 I. (4) French Commercial Code):

– A risk analysis to identify, analyse, and categorise risks

– Procedures for regular evaluation of the situation of subsidiaries and suppliers

– Appropriate measures to mitigate risks or to prevent serious violations

– A whistle-blower mechanism for existing or emerging risks and

– A system to evaluate the effectiveness of the implemented measures.

Despite this catalogue, it is quite unclear how far a company has to reach to be certain that “appropriate measures” had been taken. This results from the fact that the law does not provide any criteria for assessing the “appropriateness”. Consequently, the courts will most likely play an important role in this context.

Compared to the French law, the proposed German Due Diligence Act is much more detailed. Section 2 (1) and the Annex of the draft provide for a catalogue of relevant human rights. Section 3 (2) defines some criteria for the “appropriateness” of the implemented measures. Yet, the French law is more advanced in terms of environmental protection, as the German draft is limited to environmental damage related to human rights violations.

The due diligence requirements follow a similar structure as the French law. The German draft states that the companies must establish an appropriate and effective risk management (Section 4) and have to analyse and prioritise risks (Section 5). Based on the risk analysis, various preventive measures must be taken: following UNGP 16, the company must, among other things, adopt a policy statement on its human rights strategy (Section 6 (2)). In the French legislation, this function is fulfilled by the “vigilance plan” itself.

In addition, the German draft provides for remedial measures if a violation has already occurred or is imminent. It must be noted that the French law does not require any specific remedial measures implemented by the company itself. However, the companies can be subject to an obligation to pay for damages (see below). Finally, as with the French law, the German draft asks for the set-up of a grievance mechanism (Section 8). Additionally, the company must record the fulfilment of its duties and publish an annual report on its website (Section 10).

To conclude, the main difference between the regulations regarding the duty of care is their level of detail. While the French Vigilance Law mainly uses general terms to define the actions to be taken, the German draft includes in-depth provisions about due diligence obligations.

Regarding the material scope of application, it is interesting to note that the French legislator initially had great ambitions to cover the entire supply chain but did not succeed keeping it in the final text. In the current version, the duty of care extends beyond the legal entity to subsidiaries, suppliers, and subcontractors. It is neither necessary for the company to exercise influence over the subsidiary or the subcontractor nor to actively interfere in its business: Instead, there must only exist an exclusive control over the subsidiary or an established business relationship with the supplier. However, due to judicial interpretation of the term “established business relationship”, which originates from Commercial Law, it is debated whether this only covers direct suppliers or also extends further into the supply chain.

The German draft is a little bit more detailed and distinguishes between direct and indirect suppliers. The required risk analysis as well as the preventive and remedial measures are generally limited to the undertaking’s own business unit (Section 6 (3)) and to direct suppliers of the upstream chain (Section 6 (4)). According to Section 9 (3) of the draft, which applies to indirect suppliers, it is required that the company obtains “substantiated knowledge” of a possible violation of a protected legal position. Only in this case, the duty of care extends beyond tier one and the company must carry out an event-driven (in German: “anlassbezogen”) risk analysis and take preventive and remedial measures. Nevertheless, this provision is a major point of criticism because it may create incentives for companies not to look too closely. As a result, this could lead to disadvantages for committed companies and inhibit more extensive voluntary risk assessments. In addition, this provision has also been criticised by John Ruggie for not being aligned with the UNGPs.

Finally, in terms of enforcement, there are considerable differences between the French law and the German draft. The Loi de vigilance provides for two private law mechanisms: With the so-called injonction de faire, it is possible to file a judicial injunction aiming at the fulfilment of the duty of care (cf. Art. L. 225-102-4 II. French Commercial Code). If a company does not comply with its obligations within three months after receiving a legal notification, anyone with a justified interest in bringing an action can request a court order requiring the company to fulfil its obligations.

However, the core element of the potential sanctions is a liability rule in Art. L. 225-102-5 of the French Commercial Code. The provision refers to the general tort law clause in the French Civil Code (Art. 1240, 1241 French Civil Code). If a company fails to comply with the duties of the vigilance law, it must compensate the damage which could have been prevented by the establishment of a risk monitoring plan and its effective implementation. The main point of criticism is the burden of proof which causes doubts about the effectiveness of the liability regime. Initially, the draft law proposed a presumption of responsibility to the disadvantages of companies; this provision was later rejected in the legislative process. Therefore, according to the law in force today, the claimant must prove the conditions of liability.

The current German draft adopts a different approach to enforcement: it provides for public control and enforcement through the authorities (Section 12 et seq.). According to Section 14 (1), the competent authority acts at its own discretion or at the request of affected parties. From a functional perspective, this corresponds to the injunction before a French civil or commercial court. In both cases, no damages are compensated but affected parties may ensure that the duty of care is fulfilled. Violations of the due diligence obligations can be sanctioned with a fine (Section 24) and, in case of serious violations, by exclusion from public procurement procedures (Section 22).

Beyond that, however, the proposed Due Diligence Act does not provide for a civil liability rule. This is surprising because the discussion among scholars and practitioners mainly focuses on the question of the liability of companies for human rights violations in their supply chain and the need for victims to obtain remedy in case of harm. Instead, Section 11 of the draft only introduces a special procedural status for domestic trade unions and NGOs for civil proceedings. This does neither affect questions of substantive liability law nor choice of law issues. Nevertheless, one could establish liability under general tort law if the duty of care set out in the German Draft Due Diligence Act serves as the basis for a tort of negligence (Section 823 (1) BGB). However, a clarification in the text and a regulation of the linked private international law issues would be preferable.

In conclusion, this brief comparison shows that the differences of the regulations, especially in scope and enforcement, call for harmonisation at the European level. On 10 March 2021, the European Parliament adopted a resolution with recommendations to the Commission for a Directive on Corporate Due Diligence and Corporate Accountability. According to the proposal, the Directive shall broaden the personal and material scope of application and combine the different enforcement mechanisms of private and public law. Thus, it will be interesting to see to what extent the German legislative process will be influenced by innovations at the European level.

Suggested citation: L. Nasse. ‘The French Duty of Vigilance Law in Comparison with the Proposed German Due Diligence Act – Similarities and Differences’ Nova Centre on Business, Human Rights and the Environment Blog, 26th May 2021.