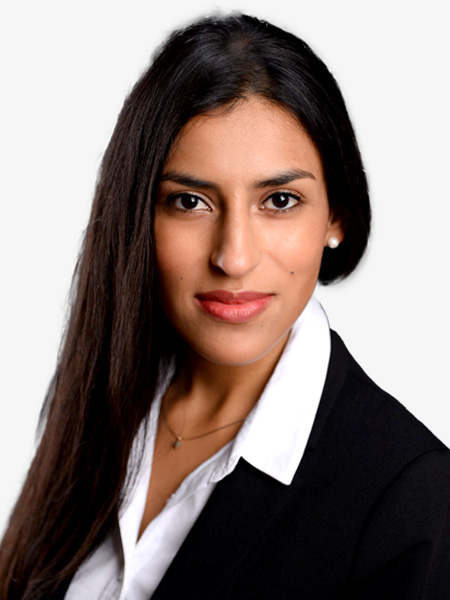 About the authour: Diana Sanabria, LL.M. (Konstanz), is a lawyer working as Policy Officer for Global Economy at the Center for Global Ministries and Ecumenical Relations – Nordkirche weltweit. She is also a board member of the Clean Clothes Campaign Germany (Kampagne für Saubere Kleidung e.V.)

The German National Contact Point (NCP) for the OECD Guidelines for Multinational Enterprises (OECD Guidelines) constitutes an important element of the previsions regarding effective remedies in the terms of the UN Guiding Principles on Business and Human Rights (UNGPs). In 2016, the German government published the National Action Plan (NAP) for the implementation of the UNGPs. According to the German NAP, the NCP is an extrajudicial grievance mechanism and part of the guarantee of access to remedy and redress of the UNGPs. The criteria to evaluate the effectiveness of non-judicial grievance mechanisms, like the NCP, are stated in UNGP 31. In order to be effective, NCPs need to be legitimate, accessible, predictable, equitable, transparent, rights-compatible, and a source of continuous learning. This blog post examines how these effectiveness criteria apply to the German NCP and whether we can consider this mechanism as an effective tool in addressing business-related human rights abuses.

The effectiveness criteria applied to the German NCP

The first element in assessing the effectiveness of non-judicial grievance mechanisms is the legitimacy. To be legitimate means “enabling trust from the stakeholder groups for whose use they are intended, and being accountable for the fair conduct of grievance processes” (UNGP 31 (a)). Institutional independence is ideally to enable trust in a space free of possible political influence (e.g., OECD Watch 2019, p. 4 f.; ECCHR 2013, p. 7). The German NCP is based at the Federal Ministry for Economic Affairs – like most NCPs, but unlike e.g., the Netherlands’ NCP which is an independent organisation. In this regard, an independent German NCP would serve to strengthen its legitimacy.

Secondly, accessibility requires the NCP to be “known to all stakeholder groups for whose use they are intended”, and to provide “adequate assistance for those who may face particular barriers to access” (UNGP 31 (b)). The accessibility is a challenge for all NCPs. One of the findings (2.2) of the Peer Review of the German NCP in 2017 was that the awareness of the NCP is generally low in countries where German companies operate. In general, the complainants are NGOs domiciled in Germany or Europe that advocate for or with their partners in the global South. Without a partnership with German NGOs, a complaint is challenging. The promotion of the NCP is key to improving its accessibility. One of the measures (2.2) that was taken after the Peer Review was the intensification and institutionalization of promotion with embassy staff. Even better would be the promotion facilitated by and in cooperation with labour unions, NGOs, and business associations in countries where German companies operate.

As for the predictability of the NCP, this would depend on “a clear and known procedure with an indicative time frame for each stage, and clarity on the types of process and outcome available and means of monitoring implementation” (UNGP 31 (c)). There is a known updated procedure for the German NCP, but it has been sometimes ignored in the past. For example, it was exceeding the procedural deadlines for six months without a known reason (ECCHR 2015, p. 9 f.). Even though the unpredictability remains an exception, it contributes to hinder the trust from stakeholders in the NCP, if measured against the requirements established in UNGP 31 (a).

According to the UNGP 31 (d), the NCP should be equitable, which means “seeking to ensure that aggrieved parties have reasonable access to sources of information, advice and expertise necessary to engage in a grievance process on fair, informed and respectful terms”. The German NCP seems to offer the conditions to be equitable in the terms of the UNGP, or at least there are no published complaints on this criterion. That is not the case with the next effectiveness criterion, namely the transparency.

A NCP is transparent if it manages “keeping parties to a grievance informed about its progress, and providing sufficient information about the mechanism’s performance to build confidence in its effectiveness and meet any public interest at stake” (UNGP 31 (e)). The German NCP reports annually on its activities to the German Parliament. The reports contain neither information that can be verified by the stakeholders involved in the process, nor information on how the decisions about complaints have been made, for example how the OECD Guidelines have been applied (DIMR 2019, p. 120). The Peer Review found a misbalanced relation between transparency and confidentiality. The new proceeding terms (2019) after the Peer Review and the last report (2021) of the NCP to the Parliament do not represent a considerable improvement in transparency. Nevertheless, as a positive development, the NCP has improved its website, allowing the public to access information about the decisions on the admissibility or motivated inadmissibility of complaints.

Additionally, the NCP should be rights-compatible by “ensuring that outcomes and remedies accord with internationally recognized human rights” (UNGP 31 (f)). Agreements and recommendations that take place at the NCP should be in line with internationally recognized human rights. However, the grievance mechanism at NCPs rarely results in any form of remedy (OECD Watch 2019, p. 1) – see e.g., the Annual Report on the OECD Guidelines for Multinational Enterprises 2020. If there is an outcome it may be a recommendation for the company or in a better case an acknowledgment of wrongdoing. At the German NCP, the situation is not different than on average.

In virtue of the UNGPs, the last effectiveness criterion for the NCP as a grievance mechanism is to be a source of continuous learning by “drawing on relevant measures to identify lessons for improving the mechanism and preventing future grievances and harms” (UNGP 31 (g)). The German NCP has improved on this point. Instead of just closing the case with a declaration about an agreement or non-agreement, the German NCP publishes now follow-up statements about the implementation of its recommendations in particular cases. An example of this practice is the case of TÜV Rheinland, whose Indian subsidiary audited the production facility Rana Plaza months before its collapse – which killed more than 1,130 people and left more than 2,500 injured. In this case, which ended in non-agreement, the NCP argued in its recommendations that the parties should discuss deeply how to enhance social auditing. A year and a half later, the NCP published the follow-up statement regarding compliance with recommendations. This measure can serve the NCP to become an enriching source of continuous learning.

With the abovementioned weaknesses of the German NCP to be considered a truly effective non-judicial grievance mechanism according to the criteria of the UNGP 31, it would not be reasonable to expect it to provide an effective remedy to victims of business-related human rights abuses, especially when the NCP sees itself exclusively as a mediator. From the NGOs perspective, which are frequently acting as complainants in these processes, the NCP should be the guardian of the OECD Guidelines. This means that the NCP should make its own assessments with regard to the compliance of multinational enterprises with due diligence requirements by virtue of the OECD Guidelines. Therefore, recommendations based on this kind of assessments could represent an effective remedy.

Finally, it is important to highlight that German enterprises will be certainly interested in complying with their due diligence obligations from 2023 when the Act on Corporate Due Diligence in Supply Chains comes into force. In this upcoming scenario, enterprises may face administrative sanctions if they fail to comply with their due diligence obligations according to this Act. This regulation does incentive enterprises to comply with the recommendations of the NCP, including recommendations on effective remedies, and to participate constructively in the NCP proceedings to avoid unsatisfied complainants at the NCP which could initiate administrative processes – that could consequently lead to a fine. European and global regulations of due diligence would also strengthen the incentive.

This blog symposium is organised in the framework of the Postdoctoral Project “Improving the effectiveness of non-judicial remedies for business-related human rights abuses” led by Dr. Laura Íñigo Álvarez and funded by the Fundação para a Ciência e a Tecnologia (FCT) – FCT Reference UIDP/00714/2020.