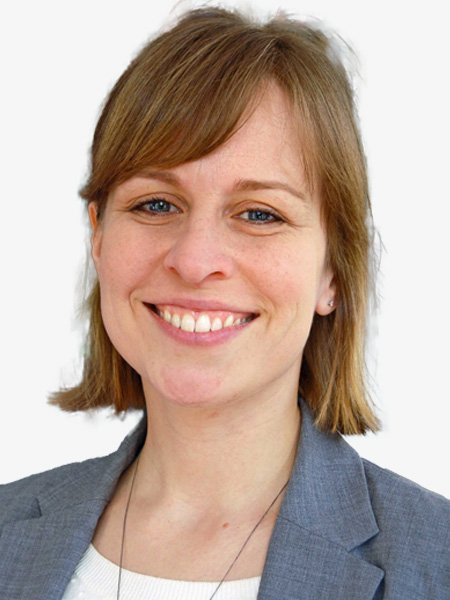 About the author:  Lise Smit is a Senior Research Fellow at the British Institute of International and Comparative Law and has also worked as a practicing lawyer in South Africa. She also led the study for the European Commission on regulatory options for mandatory human rights and environmental due diligence which formed the basis for the currently ongoing legislative initiative at the EU level.

Transcript of the intervention of Lise Smit in the webinar on Corporate Due Diligence and Civil Liability organised by the Nova Centre on Business, Human Rights and the Environment with the support of the Portuguese Presidency of the Council of the European Union in partnership with the British Institute of International and Comparative Law, the Portuguese Ombudsman (Provedor de Justiça), the Teaching Business and Human Rights Forum, and NOVA 4 The Globe on the 28th of January 2021.

What is the role of civil liability in the context of the introduction of mandatory human rights and environmental due diligence?

The starting point is the basic principle that where there is a right there is a remedy. So that having a remedy for victims is at the core of anything that calls itself a human rights law.

And because we are talking about remedies for victims against companies – that are private actors – civil liability is the equivalent of remedy in this context, because civil liability relates to the duties between private parties. It is the recognition by society that under certain circumstances private parties have a duty not to cause harm to others, even if there is no contract or consent to this duty.

This duty of care not to cause harm to another person is common to both civil and common law systems, even though it is formulated differently. In principle, it has existed for thousands of years, even since Roman times.

However, despite the duty already existing in law – in broad terms and in certain circumstances – victims particularly in transnational cases have to date been prevented from accessing remedies. This is due to a range of barriers, not only in terms of substantive law failing to expressly define such a duty for these kind of circumstances, but also due to other barriers, including relating to territorial jurisdiction, separate corporate personality, the rules of evidence, and financial and practical hurdles related to human rights and cross-border litigation.

For this reason, in the study which we led for the European Commission on regulatory options for mandatory due diligence as a duty of care, the stakeholders across the board recognised the need for access to remedy as one of the main reasons for the introduction of an EU level law.

Importantly, civil liability is not just about financial compensation. Civil remedy can take different forms. Depending on the legal instrument and the legal framework in the jurisdiction, a range of remedies could be made available once a liability is recognised: Victims facing future or imminent harm could potentially seek preventative orders such as injunctions or interdicts, they could ask the court to stop the company from continuing with ongoing harms, they could ask for remedial orders such as clean-up orders, restitution of land. Some legal systems even allow for supervisory orders, where a court asks the company to do something – and report back in a few months on what it has done.

We should also remember that victims in question often do not have access to healthcare, social grants or any form of income. It does not help them at all if we say to them: you cannot get any form of remedy from the company, but great news: the company might be required to report on you as a statistic in their next annual report, or great news: consumers might be persuaded not to buy the relevant product, or great news: directors might be facing a fine or even prison sentence.

None of this helps the victims at all. They might not even find out about any of it. For them, civil liability is essential. It is the ability to realise their rights in a concrete form.

What would be the anticipated impacts for a mHRDD law that introduces access to civil remedy?

The central feature of the duty of care enquiry is that it is context-specific, and facts-based, determined by what is reasonable or expected in the circumstances, taking into account the specific facts.

For example, in Roman law, it was considered that if you burned waste in your back garden on a sunny wind free day, it may be perfectly reasonable, but if you do it on a windy day and the fire jumps to your neighbour’s garden, you might be liable. So it all depends on the circumstances and what kind of diligence is due under those circumstances.

This is why it lends itself so well to a general duty imposed on business: because it is not prescriptive or tick-box based, and it can apply to the wide range of situations that arise in business on a daily basis. It allows a judge to decide normatively, on the given facts, whether the conduct met the standard that was expected, or not.

Therefore it is never going to be possible – or wise – for a legislator to try to pre-emptively guess or list every single example of what is expected or not expected. Any attempt at delineating the duty too much will only limit the judge’s power to decide the reasonableness on the facts.

This is a good thing. It allows companies to confidently and effectively prioritise the risks that they know are really out there, rather than those are listed by the legislator. It incentivises them to really prevent these risks, using the resources at their disposal, knowing that they are thereby also meeting the legal duty.

Therefore, if the duty is defined right – and this is a big if – civil liability allows for the company and the rights-holders’ objectives to be perfectly aligned: the rights-holders want the company to do absolutely everything in its power to avoid human rights harms, and the company knows that it will effectively need to show that it has done this, if it was challenged in court.

In terms of impact, the most important aspect of a legal duty is its equalising power. Poor victims can win against large companies if they have the law on their side.

There are some who argue that civil liability will not have the desired impact because there will only ever be a small handful of these cases brought. However, this is only the tip of the iceberg.

As we have seen time and time again in other areas of law: for every one test case against one company, other companies make thousands of hours of phone calls, take advice, implement policies and allocate resources – which could even include budget increases and staff appointments – to avoid making the same mistakes that others made.

Test cases are called test cases for a reason: whether successful or unsuccessful, they test the boundaries of the legal duty and show everyone what was acceptable or not acceptable on those particular facts. Over time, case law can build up clarity and anticipation.

Civil liability also incentivises genuine stakeholder engagement. As a litigator you know that issuing summons is not the first step in the process, it is actually the beginning of the end. No-one really wants to go to court. Court cases are preceded by months – or often years – of correspondence, complaints, demands and attempts at agreement, and if there is a possible lawsuit waiting at the end, these letters are taken much more seriously than if they are placed in the PR folder.

This means that you do not have to end up really suing someone, the mere threat of it usually helps fix the problem.

In terms of the more traditional understanding of regulatory impacts, I should also mention that in the European Commission study there was a preliminary assessment of impacts carried out by LSE Consulting.

It found that the enforcement of a duty of care through judicial mechanisms is likely to have a significantly less burdensome impact on costs for States, than a state-based regulatory oversight body, because the courts are already there, and we never expect there to be a floodgate of human rights civil claims, because the practical, financial and other hurdles applicable to these cases will still be there.

The UK Joint Committee has suggested a duty to prevent model based on the UK Bribery Act. In very simple terms, how would this work?

The UK Joint Committee on Human Rights suggested in 2017 that a possible mechanism could be modelled on section 7 of the UK Bribery Act, which creates a duty to prevent bribery coupled with a defence of adequate procedures.

Unlike the Bribery Act, which creates criminal offences, we focused on the creation of a statutory duty which would lead to civil liability –  in other words the ability of victims to sue companies that they allege have failed to meet this duty, and for the company to show that it has carried out the human rights due diligence reasonable in the circumstances.

The study also contained a survey of companies regarding their experiences with the UK Bribery Act, which has now been in place for over 10 year. So if anyone is interested I would encourage them to have a look at the study, which is available here.