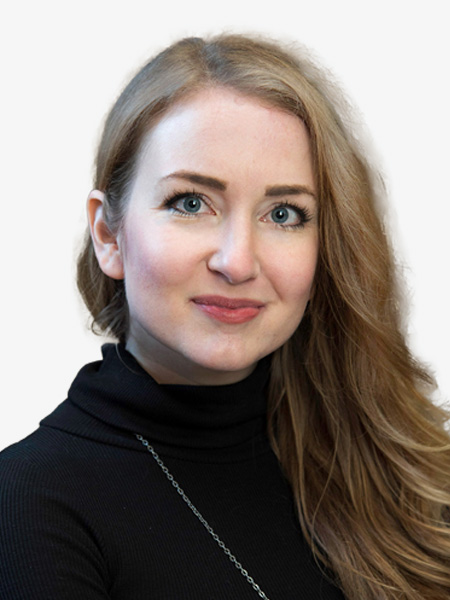 About the author: Kari Irwin Otteburn is a doctoral research fellow at the Leuven Centre for Global Governance Studies (University of Leuven). Her research focuses on the global governance of human and labour rights, corporate accountability, business and human rights, and political economy. She is also a researcher for the Horizon 2020 project Global Governance and the European Union: Future Trends and Scenarios (GLOBE).

It is fairly well-recognized that the scope of potential remedies for transnational business-related violations of human rights realistically achievable through the OECD National Contact Points for Responsible Business Conduct (NCPs) is limited. This is largely due to the voluntary nature of the OECD Guidelines for Multinational Enterprises (the Guidelines) and, relatedly, the limitations of ‘naming and shaming’ as the NCPs’ enforcement mechanism. In fact, a recent report by the OECD emphasizes that managing the expectations of claimants is a challenge for the NCPs, since the NCPs are unable to provide access to many types of remedy that are often sought by alleged victims of violations of the Guidelines, such as compensation for damages.

This is even more so the case for NCPs whose mandates are strictly limited to facilitating mediation because, as I argue elsewhere, they are equally unable to provide other forms of remedy such as verification of the facts and public disclosure of the truth or an official declaration restoring the dignity, reputation and rights of the victim(s). Companies often have little incentive to engage in the process and – especially at NCPs without a mandate to make a determination when mediation cannot proceed – face few repercussions if they do not. Indeed, the reputational damage potentially resulting from not engaging in the specific instance process has not been a strong enough motivating factor for the many companies who have declined to participate after being named in a complaint.

That said, a recent specific instance demonstrates the NCPs’ potential for providing a new avenue for remedy by providing an oversight function for multistakeholder initiatives or private standard-setting bodies that aim to address various global problems through setting and enforcing standards that specify sustainability requirements – widely referred to as voluntary sustainability standards (VSS).  Because VSS work by providing public acknowledgement of a firm’s compliance with certain standards, the VSS’ own reputation and legitimacy are crucial. Many VSS even offer their own grievance mechanisms, the success of which also relies on a certain degree of legitimacy and reliability. Though at first glance, the inclusion of these non-governmental, often not-for-profit, VSS under the umbrella of “multinational enterprises” may seem odd, they may well be the perfect candidates for NCP-led mediation because they are unlikely to be willing to risk the reputational damage of non-participation. Moreover, stronger oversight of these mechanisms is needed: VSS are known to vary considerably in terms of effectiveness and credibility and yet VSS remain largely unregulated. Applying the Guidelines to VSS may provide a useful bridge over this regulatory gap.

The first specific instance brought against a VSS for a violation of the Guidelines was submitted by Transformation for Justice Indonesia (TuK Indonesia) against Roundtable on Sustainable Palm Oil (RSPO) in 2018 at the Swiss NCP. The complaint alleged that RSPO was acting in breach of the human rights chapter of the Guidelines (chapter IV) by continuing to certify one of its members, Malaysian palm oil giant Sime Darby Berhad, despite an unresolved complaint alleging its non-compliance with RSPO’s certification criteria that had been opened in RSPO’s internal grievance mechanism five years earlier. The executive director of TuK Indonesia (1)  explained that the decision to turn to the OECD NCP system was partly motivated by the fact that RSPO had meanwhile continued to certify Sime Darby as compliant and had continued to receive membership revenue from the company while it seemed to be stalling on processing the complaint. In its submission, TuK requested that the NCP assist the RSPO conflict resolution proceedings that were already underway by facilitating mediation to formulate an action plan with strict deadlines to be followed by both parties.

The Swiss NCP determined the submission merited further consideration and accepted the case in May 2018. It is worth noting that the flexibility of the Guidelines and its broad definition of “multinational enterprises” gave the Swiss NCP the room to determine both that the Guidelines were applicable to RSPO and that the Swiss NCP was an appropriate forum to handle the specific instance. Though RSPO is an NGO and therefore not a traditional multinational enterprise, the Swiss NCP determined that its activities were multinational since it operated in multiple countries and that its international operations could be considered commercial despite its non-profit status since a majority of its income ultimately came from the trade of sustainable palm oil and because its ecolabel helped to promote trade of sustainable palm oil. Additionally, though none of the parties were headquartered or operational in Switzerland, the Swiss NCP agreed to take the case because RSPO had registered there and because neither Indonesia, where the alleged breach occurred, nor Malaysia, where RSPO is headquartered, are adherents to the Guidelines.

The Swiss NCP also took steps to ensure both parties could access the mediation on equal footing. Because neither party was located in Switzerland, the NCP determined “classical mediation” to be unfeasible and arranged teleconferences with the parties. Despite some difficulties with regard to unmet deadlines (according to the Swiss NCP), as well as language barriers and difficulties in understanding procedures (according to Sutrisno), the Swiss NCP noted that the procedure contributed to improve mutual trust and was concluded in 12 months. Both parties agreed to a ‘Confidential Joint Outcome of the Dialogue’ that stipulated an action plan as well as an agreement as to the financing and selection of an independent legal reviewer. Both parties also agreed to follow-up by the Swiss NCP after six months. The final statement closing the specific instance in June 2019 contains a partly redacted overview of the Joint Outcome.

Because the RSPO Complaints System provides public updates on each case under review, it is possible to assess the implementation of the action plan. In the Joint Outcome, the parties agreed to select a reviewer by 31st March 2019 and have the legal review completed by 31st May 2019. Though the RSPO Complaint System does not indicate the exact date of the agreement on the reviewer, the reviewer was engaged by 24 April 2019, indicating the parties managed to stick reasonably close to the deadline. Though the legal review was not finalized until 26 February 2020, nearly nine months behind schedule, it appears that RSPO made a genuine attempt to stick to the deadlines. In most cases the delay seems to have been the result of a lack of response from Sime Darby, at one point prompting RSPO to issue a show cause letter to the firm stating that the RSPO Secretariat had written “numerous times” requesting the company to furnish a particular document needed for the legal review.

Overall, it appears that the specific instance procedure at the Swiss NCP contributed to the final conclusion of the RSPO complaint procedure, leading to the desired form of remedy for the claimants. According to Sutrisno, the claimants found significant value in the process and credited the NCP process with changing RSPO’s behaviour and prompting RSPO to monitor the effectiveness of its own grievance mechanism. Additionally, Sutrisno noted that the bilateral dialogue between TuK and RSPO facilitated by an external party helped the parties to reach an agreement that RSPO would “comply with their own rules” (2).

The positive outcome for the claimants in this specific instance was likely influenced by several factors, including the Swiss NCP’s efforts to facilitate access to the mechanism and the fact that claimants’ expectations were modest – simply to formulate an action plan for the conclusion of the open complaint in RSPO’s existing grievance system. Additionally, and importantly I believe, RSPO showed a high level of willingness to participate in the procedure in good faith, to publicly share the results of the agreement forged in the context of the mediation, and to attempt to stick to the deadlines stipulated in the action plan.

RSPO’s willingness to engage in the voluntary procedure was likely strongly influenced by its interest in preserving its credibility and a broader trust in its standard, which, as noted above, is an interest the organization likely shares with most other VSS. As several VSS have come under scrutiny in recent years, this specific instance demonstrates the potential for the NCP system to serve as an external oversight body for VSS, which are thus far largely unregulated. Indeed, it seems to have inspired a similar case that was accepted by the NCP of the United Kingdom in 2019 against another VSS (see Inclusive Development International v. Bonsucro). It may be that the NCP system, though perhaps not particularly well-suited (in its current form) for ensuring effective remedy for many of the serious human rights violations committed by multinational enterprises, may nevertheless be uniquely well situated for ensuring the effective functioning of multistakeholder initiatives and VSS.