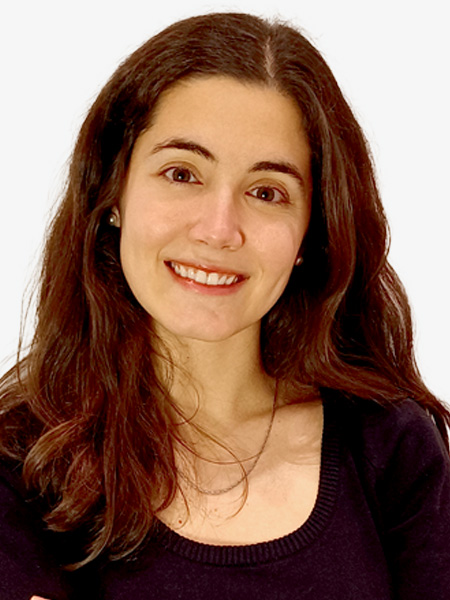 About the author: Beatriz Albuquerque is a lawyer at the law firm Vieira de Almeida & Associados, where she has been working in the areas of life sciences and social economy. She holds a Bachelor’s degree in Law from the Faculty of Law – School of Lisbon of the Portuguese Catholic University. She has completed the LL.M. in a European and Global Context at Católica Global School of Law, as well as the LL.M. in Transnational Law at King’s College London. At King’s College, she wrote a Master thesis on ‘Human Rights Due Diligence – Where do we go from here? The case of the garment sector’.

According to the 2020 Annual Report on the OECD Guidelines for Multinational Enterprises (‘Guidelines’), there are currently 50 National Contact Points (‘NCPs’) set up in countries that have adhered to the Guidelines, with Uruguay becoming the 50th adherent government in February 2021. Despite the fact that since 2000 more than 575 specific instances have been received in NCPs around the world[1], they are definitely not equally spread amongst the NCPs, with a small minority of very active countries having the biggest number of cases filled.

Looking at the existing panorama, the Portuguese NCP is unfortunately not very well positioned and has a very short track record. This article aims to briefly characterize the Portuguese NCP, describe the cases it has been involved with and provide suggestions on ways to strengthen its performance.

An overview of cases before the Portuguese NCP

The Portuguese NCP has been the lead NCP in only one case that dates back to 2004. The applicant was a trade union that alleged that while a factory was closing, the multinational enterprise that owned it had breached provisions of the Guidelines concerning employment and industrial relations. However, after an initial assessment, the NCP concluded that the Guidelines had not been breached and the specific instance was closed with the agreement of the parties.

Since then, and with a long temporal lapse in between, the Portuguese NCP has intervened in four other cases. One of those cases happened in 2013 and was led by the Danish NCP, which dealt with alleged breaches of labour and human rights in the agricultural sector. Even though gross human rights violations seemed to have happened, the applicant withdrew the complaint and the NCP could not substantiate the alleged violations.

Another case dates from 2014 and was led by the Polish NCP concerning an alleged breach of the Guidelines related to employment relations involving a Polish subsidiary from a Portuguese multinational enterprise. It also ended with the applicant’s withdrawal of the complaint.

More recently, in 2020, several trade unions submitted a complaint against Teleperformance, alleging that it did not comply with the Guidelines during the beginning of the Covid-19 pandemic in ten countries where it operates call centres, France being the lead NCP and Portugal one of the countries at stake and supporting NCPs. In July 2021, the French NCP published its final statement making several recommendations on social issues and stating that two of the subsidiaries (which did not include the Portuguese one) should respect freedom of association, increase their due diligence in case of dismissals and provide appropriate remediation when violations of the Guidelines are found.

Still in the same year, the Portuguese NCP supported the Chilean one in a specific instance regarding the Chilean Tensa EIP company. Portugal was involved as it hosts headquarters of the EIP group. The alleged non-conformities occurred during the liquidation of the company in Chile and included transfer of funds abroad to avoid paying creditors. However, as the company had left Chile and the NCP could not contact it, it concluded the instance without agreement stating, amongst other things, that good faith cooperation from companies with the NCPs network is essential.

As can be inferred from this brief summary, there is plenty of space for additional action at the national NCP-level, but how can this be improved?

The road towards achieving functional equivalence

There are four core criteria that the NCPs should aim at in order to achieve functional equivalence – they should be visible, accessible, transparent and accountable.

The Portuguese NCP is an inter-agency NCP composed of both the Directorate-General for Economic Activities and AICEP Portugal Global, the trade and investment agency, while the majority of NCPs’ structures are constituted by single agencies. However, this structure could still be improved, for instance, by having stakeholders’ or experts’ participation in an oversight or advisory body. Such participation would enhance expertise available to the NCP and, even if this body would not have any decision-making powers, it would increase the public’s and stakeholders’ perception of impartiality towards the NCP.

The resources allocated to the NCP directly influence the effectiveness of the NCP’s functions. Having not only adequate budgets but appropriate human resources is fundamental to achieve functional equivalence. In this regard what happens with the Portuguese NCP does not differ from the majority of the NCPs. It has part-time staff only, as is the case of 24 other NCPs amongst all[2]. Additionally, the Portuguese NCP does not have a dedicated budget, which surely limits the range of activities it may perform. Furthermore, it also reports to the government and not to the parliament. Reporting to the latter could imply a higher level of scrutiny and thus improve its transparency and accountability.

If NCPs are not visible, none of their roles will be fulfilled – neither their role as a non-judicial grievance mechanism, nor their function as promotor of the Guidelines. Promotional activities take time and effort, but they are essential for the existence of NCPs. If stakeholders are not aware of the NCP’s existence, it loses its raison d’être.

If the NCP is understaffed and the existing staff does not have much time, because it deals with other issues apart from the NCP, then promotional activities will be the first to be left out. When there are insufficient resources one possibility would be to carry out activities together with other NCPs at a regional level. For instance, a team of both the Portuguese and the Spanish NCPs could organize an Iberian event and thus share the efforts and create synergies.

Promoting the Guidelines is in fact one of the core functions of the NCPs. The Portuguese NCP has been trying to improve its track record in this matter. In that sense, in 2020 it launched the Portuguese version of the OECD Due Diligence Guidance for Responsible Business Conduct, which is available online and allows for a broader spectrum of audiences. Yet, a promotional plan has not been elaborated so far.

Another key factor to improve predictability, consistency and trust amongst stakeholders is the existence of clear rules of procedure. The Portuguese NCP has made important progress in this regard, making its rules of procedure available online in 2020 and having them translated into English in 2021, as well as the form for an initial request for contact with the NCP.

At the same time, it would not be difficult to include regular updates about its activity on the online website of the Portuguese NCP, in order to ensure transparency and visibility of its activities. The specific instances in which the NCP participates, even if as a host country, could be briefly summarized and made available to the public on the website. Even to the government itself, NCPs may not be visible enough. Sending information on their functions and short summaries of their recent activities to several relevant government departments could be a good practice to implement.

The range of activities developed by NCPs is a good mirror of how the Covid-19 pandemic has affected the world. Even though 2020 marked the 20th anniversary of the NCPs as a state-based non-judicial grievance mechanism, there was a decrease from 201 to 120 events organised by NCPs all over the world which is explained by the adjustment the NCPs had to do regarding promotional activities and events. Most of the in-person events have been cancelled and some turned into online events. Unfortunately, the Portuguese NCP has been one of the 7 NCPs that did not organise, co-organise or participate in any promotional event[3] in 2020.

However, events are probably the most efficient way to promote NCPs and the Guidelines. Events targeting government or business representatives are very relevant and maybe the most common ones, but academia, civil society and trade unions should also be able to participate, as they may play an important role, for instance, as applicants of specific instances or, in the case of academia, as experts who could be part of a potential oversight body.

Finally, peer reviews are another essential tool to increase functional equivalence that should be taken advantage of to share internal working methods, activities, good practices, and learn from barriers that other NCPs may have faced. This process consists of a review of one NCP by several of its peers, where its performance and activities are analysed, and recommendations are provided on how to improve its procedures. Such review increases consistency all over the network. The peer review is funded by the government of the NCP at stake and that might be an obstacle for an NCP to commit to the review. The Portuguese NCP has finally committed to a peer review this year, in 2022.

Despite many weaknesses that NCPs face due to their very nature as a non-enforceable mechanism, it is important to highlight that they are a flexible and accessible forum which does not face the same procedural barriers that judicial mechanisms do, e.g. they face less strict rules on jurisdiction. Since they may handle cases regarding enterprises ‘operating in or from their territory’[4], these cases may be linked to countries that are not even adherent countries. Thus, it is much easier to deal with transnational cases involving several countries where companies operate or where they are established.

Additionally, the fact that governments have the possibility to adjust the NCP’s structure to the local reality is another of its advantages, as that helps NCPs to remain fit-for-purpose in a very rapidly changing world.

A final point in favour of NCPs is the fact that filling a case is free of charge and does not require legal help. Their potential reach, if their functions would be broadly disclosed, could be enormous. Even if their decisions are hardly enforceable, their work has the capacity to encourage companies to make necessary policy changes and hold them accountable, which is very important, because now, more than ever, companies are interested in conveying a positive image before society.

In conclusion, I believe there is much space for improvement in what concerns the Portuguese NCP. NCPs have their fragilities, but we should take advantage of their qualities and possibilities too. Although there are many routes to achieve functional equivalence, I believe that visibility should be a NCP’s first concern. Without promotion and disclosure, they will hardly play an important role in society.

This blog symposium is organised in the framework of the Postdoctoral Project “Improving the effectiveness of non-judicial remedies for business-related human rights abuses” led by Dr. Laura Íñigo Álvarez and funded by the Fundação para a Ciência e a Tecnologia (FCT) – FCT Reference UIDP/00714/2020.