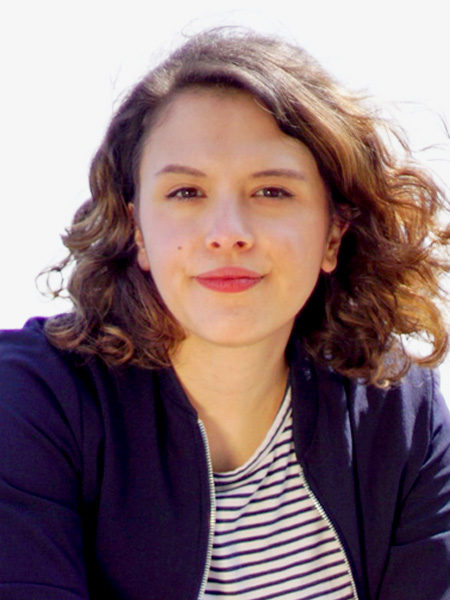 This blog post is based on the intervention of Delara Burkhardt in the webinar on Corporate Due Diligence and the Green Deal organised by the Nova Centre on Business, Human Rights and the Environment with the support of the Portuguese Presidency of the Council of the European Union in partnership with the British Institute of International and Comparative Law, the Portuguese Ombudsman (Provedor de Justiça), the Teaching Business and Human Rights Forum, and NOVA 4 The Globe on the 22nd of April 2021.

Question: What are the key elements of your report and the various mechanisms envisaged as part of the initiative on deforestation?

With the Green Deal the European Union is going for being the first climate neutral continent but I think what has to come along with that is that we also take responsibility for our external footprint of environmental destruction. So Europe has responsibility when it comes to deforestation, as these forests we see burning for example had burnt down to make space for cattle and soy for the European market. Just recently, the WWF published a new study where it was shown that the EU is the world’s second biggest importer of deforestation after China which is responsible for 16% of global deforestation linked to trade. This is why in October of last year, the European Parliament has made this proposal for an EU legal framework to stop the EU’s complicity in global ecosystem destruction that I was the rapporteur  for. Right now the European Commission is preparing a legislative proposal on this and we hope that they will of course take on board many of the Parliament’s demands.

I want to present to you the seven main points that the European Parliament’s position is built on:

1. A framework based on mandatory due diligence

The first point is that binding measures are needed, because we see that voluntary initiatives by companies to stop deforestation have not resulted yet in a U-turn and existing certification schemes also have their own issues, for instance they sometimes don’t cover all relevant products, they don’t cover the full supply chain or the auditing is fraudulent. Even the companies already active in making their supply chains more sustainable that I spoke with agree that we need binding measures to have a level playing field. This is why the European Parliament proposes that the EU adopts a regulation on mandatory due diligence that obliges companies and investors to ensure that their products and services do not contribute to the destruction or degradation of forests and important ecosystems or the violation of human rights. Companies shall have to map and make transparent their entire value chain and assess the risk of their practices on forests and other ecosystems and on people in all steps of their value chain. Where they identify risks they shall take action to mitigate or prevent them with the aim to have certainty that this risk is at most negligible. I believe this is also important to restore fairness in the EU internal market: companies that strive to be sustainable should no longer be put on a competitive disadvantage. We need a level playing field in the EU that is based on the protection of our natural foundations of life.

2. A framework going beyond forests: forests, ecosystems and human rights

The second point is that we need a deforestation framework that goes beyond the protection of forests only, and should also include ecosystems and human rights. Other ecosystems than forests also have a high value for the climate and biodiversity. When we prohibit turning forests into agricultural land, the pressure will shift on other valuable ecosystems, as agribusiness will convert these other ecosystems like savannahs or swamps into arable land. We have seen this development for example in Brazil where we can observe it in the Cerrado savannah or the Pantanal wetlands that have been increasingly turned into agricultural land. So this mandatory due diligence for forest risk commodities also has to be valid for other valuable ecosystems. Moreover, we made clear that we cannot speak about the destruction of forests without speaking about the violation of human rights because deforestation is often the consequence and the cause of human rights violations for example when it comes to – sometimes violent – land-grabbing and land ownership rights of indigenous people.

3. A framework going beyond legality in the producer country

4. A framework going beyond consumption: finance

The fourth point is that we want to go beyond consumption, as also banks and other investors should have to take their responsibility. They should be subject to the same duties to account for their impacts on nature and people. As the NGO Global Witness found out, between 2013 and 2019, European investors financed activities worth EUR 7 billion for six agribusinesses alone, which contributed to the destruction of forests in the Amazon, Congo and Papuan New Guinea.

5. A framework linking due diligence to liability

The fifth point is that we want to link due diligence to liability because we think without liability the whole concept would be a toothless. Where human rights violations or the destruction of nature took place in a value chain, although a company could have had influence to avoid this, or where risks in the value chain were misjudged and resulted in damages, European companies should be held liable undercivil law for these damages and provide for compensation.

Contrary to what is often claimed by parts of the business community, companies should therefore NOT be held responsible for processes over which they have no influence. They should merely comply with their own duties of care. You can imagine that this was one of the most contested elements of the report. But I believe that a legal framework without liability would be a toothless tiger.

The sixth point is that we want to learn lessons from the EU timber Regulation which is also based on due diligence. We see some weaknesses especially in its implementation, and its uneven implementation in different Member States. That is also the feedback I received from many businesses that are active in timber trade. Therefore, for this new forest-risk commodities regulation, I propose some improvements like EU-wide minimum standards for the quality and frequency of controls by national authorities, or guidance for uniform implementation across all Member States.

7. A framework including cooperation with producing countries: new generation of VPAs

The last point is that we of course are very aware that with the implementation of mandatory due diligence for forest risk commodities we need to have close cooperation with producing countries. We need to create the conditions on the ground in producing countries to implement the regulation more easily and to address the underlying causes of deforestation and human rights violations. This is why we propose a new generation of voluntary partnership agreements (VPA) where we also work together with the producing countries. They would be broader than the FLEGT VPAs and would need toreflect the abovementioned broad scope and go beyond legality of the sourcing of the commodities, but also looks at deforestation, ecosystem destruction, sustainable agricultural practices, and also governance of land tenure and labour rights.

Indeed, there are currently two similar, yet different, initiatives under preparation by the European Commission: one specifically for companies dealing with forest-risk commodities, and one general one on human rights and environmental due diligence for all companies. We’ve been exchanging very closely in the European Parliament while drafting those two reports so the two reports are complementary to each other.

While requiring all companies that want to trade their goods on the European market to check their supply chains for human rights abuses and environmental damages will be a game changer to make globalisation more sustainable and fairer, I would also like to point out an important difference between the proposal for a general human rights and environmental due diligence framework, and a due diligence framework specifically aimed at forest-risk commodities such as soy, beef or palm oil: the general due diligence framework will most probably constitute obligations for due diligence as a continuous process of improvements within supply chains. But I believe that the due diligence framework for the forest risk commodities on the other hand should go further than that and should also entail the clear possibility of market restrictions if sustainability criteria are not met as this is a special high risk sector with huge impacts on the worlds’ climate, biodiversity and people’s livelihoods.

The forest-risk commodity due diligence framework should constitute due diligence as a process that is undertaken before a product is permitted to be placed on the EU market, to prove that it complies with certain sustainability criteria. Operators should be permitted to place forest and ecosystem-risk commodities on the EU market only when they are able to demonstrate that there is at most a negligible risk that the products did not originate form land obtained via the conversion of natural forests or other natural ecosystems, or undergoing degradation, and are not linked to violations of human rights.

Suggested citation: D. Burkhardt, ‘The relationship between the upcoming EU-level initiatives on horizontal mHREDD and on forest-risk commodities’, Nova Centre on Business, Human Rights and the Environment Blog, 28th May 2021.