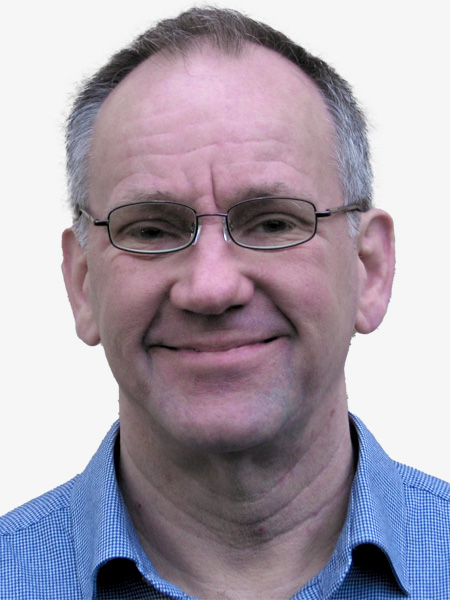 About the author: Stephen Turner is a Senior Lecturer in Law at the University of Essex. His full biography is available here.

Transcript of the intervention of Stephen Turner in the webinar on Corporate Due Diligence in Contract and Company Law organised by the Nova Centre on Business, Human Rights and the Environment with the support of the Portuguese Presidency of the Council of the European Union in partnership with the British Institute of International and Comparative Law, the Portuguese Ombudsman (Provedor de Justiça), the Teaching Business and Human Rights Forum, and NOVA 4 The Globe on the 25th of March 2021

Firstly the company as we know it is a legal construct that humans designed and it was designed to achieve certain purposes;

The second is that the corporation that we know today, the core essence of the modern corporation came about in the late 18th century, the late 1700s in the United States and in the early 1800s in the different countries of Europe. So that design is actually over 200 years old.

The third point is that that basic design, that legal construct, that was adopted at that time was comprised then and is still comprised  of three key legal features, those being separate legal personality, limited liability for shareholders, and duties that directors have to ensure that the decisions that they make are consistent with the company’s best interests.

And it is worth noting, and this is important, that model has been replicated (with minor variations) in just about every jurisdiction in the world. You could say that it is one of the most successful legal constructs of modern civilisation,  and yet despite this incredible success, and the benefits that are brought to society and communities from companies and business, companies have been directly or indirectly responsible for so much harm that has been done to communities, individuals and the environment in many different ways.

So why are these three factors and the historical development so important when we consider companies within the context of human rights and equally the environment?

The second point, the fact that the design of the corporation is one that was made over two hundred years ago, means that it was designed long before the contemporary challenges that the international community currently faces and it wasn’t designed with modern day usage in mind in terms of multinationals, extended international supply chains, parent – subsidiary relationships across jurisdictions and the modern day stock markets with all of the implications that they bring.

And the third point is that each of the three features of the legal construct of the corporation as it was designed 200 hundred years ago are each separately and jointly responsible for contributing to negative impacts upon peoples’ human rights and the environment. In other words ‘separate legal personality’ can have the effect of insulating companies within a group, and also directors of companies from accountability for human rights and environmental violations. Limited liability similarly insulates shareholders from liability relating to human rights and environmental violations; and directors duties inevitably place a responsibility on managers within companies to ensure that decisions protect the investments that have been made and this tri-partite legal construct can have the overall effect of steering decision-making of companies towards outcomes that are commercially successful but which may not necessarily be positive outcomes for outside interests such as those of individuals,  communities and the environment that can be affected by the operations of companies.

So to sum up, there are questions marks over anything that was designed over 200 years ago when it comes to their adequacy and capacity to meet contemporary international challenges. Therefore, we should not be surprised that this legal construct that emerged in the late 18th century now fails to match up in a number of different ways.

How does this historical development interact with contemporary approaches to business and human rights and specifically the idea of mandatory human rights due diligence?

The historical development of the corporation, in other words that legal construct that has now been with us for over 200 years arguably interacts directly with contemporary approaches to business and human rights . This is because whatever responses take place within the international community to issues related to human rights do so within the context of that legal construct of the corporation, in other words the construct of separate legal personality, limited liability and directors’ duties. And that is because that legal construct so powerfully and often so subtly steers corporate decision-making towards  decisions that necessarily need to achieve commercial success even if at times human rights interests and that of the environment have to take second place or possibly end up  not being accounted for properly at all.

This helps us to understand the context in which human rights due diligence has evolved in two key ways.

Firstly it explains why corporations are legally predisposed towards making decisions that are commercially oriented rather than necessarily oriented towards human rights and the environment.

So when we take a step back and look at the developments in this field, lets say over the last 50 years or so since the UN really started actively engaging with this issue. We see the difficulties that have arisen owing to the power, the ubiquitousness and seeming inevitability of the legal construct of the corporation.

There have been numerous types of non-binding initiatives or non-mandatory initiatives which have been useful in provided advances in this field. Even in the 1970s the United Nations Developed a Code of Conduct for Transnational Corporations in 1974, later there were the CERES Principles, the UN Global Compact, the OECD Guidelines,  and on top of that there now the multiple voluntary accountability regimes that request that companies report on their human rights and environmental performance and some of these are linked to stock market indices namely FTSE for Good and the Dow Jones Sustainability indices but the reason why the historical development of companies and the legal construct of the company is so important within the context is that each of those elements of the legal construct of the company in all jurisdiction are hard law, separate legal personality is hard law, limited liability is hard law, and directors duties are hard law, therefore for any corporate lawyer, looking at the responsibilities that their company has, they will of recognise and advise that ultimately their company needs to firstly comply with the hard law as the first priority.

And this is so important when we consider John Ruggies work and the difficult task that he faced. As a shrewd expert in diplomacy and pragmatism, he recognised that within this context small steps were better than no steps at all. And he recognised that the international community is in fact a community that is made up of indigenous groups, vulnerable people, communities but also is made up of companies, company directors, shareholders, governments and ultimately if any progress were to be made, it would be necessary to chart a course that represented a pathway that all of those groups could ultimately engage with and he also recognised the limitations of public international law.  And hence the ‘protect, respect and remedy framework’ and ultimately the notion of human rights due diligence emerged as pathway and a framework around which all of the above mentioned parties could potentially engage.

It is therefore understandable that John Ruggie recognised the danger of over-ambition that could disrupt and possibly destroy legitimate gradual and progressive change.

But arguably what the history shows us and the legal construct of the corporation show us is that the pathway ultimately needs to be one that leads towards reform that is has all of the hallmarks of that early historical development. In other words it needs ultimately to create hard law, it needs to be ubiquitous in all jurisdictions, it needs to be part and parcel of corporate law and the way that corporate law operates.

We can get lost sometimes in debates about the right approaches to reform. One thing that the history shows us is that in whatever steps we take, we should never underestimate the sheer strength of the tripartite legal construct of the company, but also should never underestimate ourselves and the capacity that we have in the redesign of the corporation and what it should be, in exactly the same way that our ancestors over two hundred years ago fashioned and designed what we have inherited as the company and company law.

Suggested citation: S. Turner, ‘The relevance of history and nature of company law what is it in the context of human rights and the environment’, Nova Centre on Business, Human Rights and the Environment Blog, 6th April 2021.