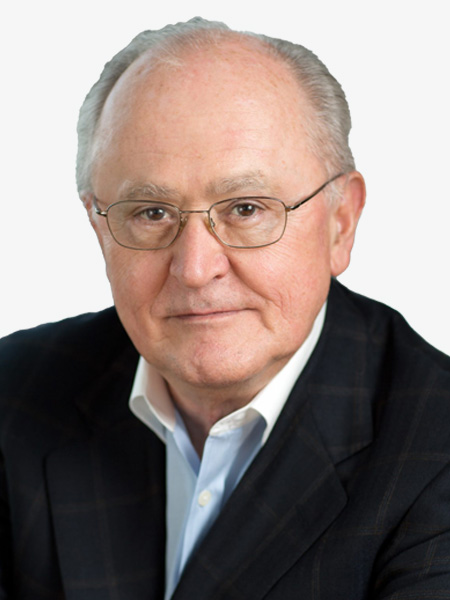 About the author:  John Ruggie is a Professor at Harvard Kennedy School of Government. He is also former UN Special Representative on the issue of human rights and transnational corporations and other business enterprises as well as the author of the UN Guiding Principles on Business and Human Rights.

Webinar on Corporate Due Diligence and Civil Liability organised by the Nova Centre on Business, Human Rights and the Environment with the support of the Portuguese Presidency of the Council of the European Union in partnership with the British Institute of International and Comparative Law, the Portuguese Ombudsman (Provedor de Justiça), the Teaching Business and Human Rights Forum, and NOVA 4 The Globe on the 28th of January 2021.

Thank you, State Secretary, and thanks to all the sponsors and participants of this seminar series. I have been in this field for a while and I am so pleased by the fact that we are having discussions at levels of detail and possibilities that would have been hard to imagine just 10 years ago, when the Guiding Principles were adopted. I know we have a lot further to go, but every once in a while, I like to remind myself that we have already come a fair way that we can build on.

I want to congratulate Portugal for taking on the EU Presidency at this difficult but also extraordinary promising time. Your delegation has its hands full with the routine business of the EU Presidency, but when you add in the Green Deal, non-financial reporting standards, ESG standards, some of the other things that you mentioned, plus then the subject that I have been asked to address today – mandatory corporate human rights due diligence and liability. I hope you have a big vigorous and young delegation that can take the long hours you will be spending on the challenges that Portugal will have to deal with. I am pleased that you have worked closely with the German Presidency, which I did as well. And I don’t know if it would be helpful, but if you want to tell the Slovenians that my grandmother was Slovenian, maybe that will take us somewhere, so feel free to do that!

We have mentioned a whole series of subjects and the interesting thing is that they are so closely related. There is a track in the EU on updating the non-financial reporting standards and then there is the due diligence. They are on separate tracks, but if you’re going to have a due diligence system, the reporting system and what you report ought to be very closely related to the due diligence system. So far, they do not seem to be. I very much hope that the Portuguese presidency will endeavour to help realize this potential for a truly transformative moment.

I am supposed to talk about due diligence and liability, and I am sure by now everyone has committed the due diligence principles of the UN Guiding Principles to heart. I will not say very much about them.

I think you know that human rights due diligence is a central concept in the UN Guiding Principles, intended to enable businesses to identify, prevent, mitigate, and account for potential and actual human rights harms that may result not only from their own activities but also through their business relationships. Quite deliberately we adapted the term ‘due diligence’ from the world of business because it is a concept that business is familiar with. But we insisted that even though business may be familiar with the concept, there are critical distinctions that have to be borne in mind regarding human rights due diligence.

First of all, human rights due diligence is not a transactional process. You are not looking to buy a piece of property and you want to make sure that there is a title to it. You are undertaking a long-term relationship with people so the focus needs to be on those people, whose lives, activities, and opportunities you can affect. That means that stakeholder engagement is absolutely critical to human rights due diligence. It is one of its distinctive features, differentiating it from conventional due diligence processes.

It is also  different from the way many people are thinking about stakeholder capitalism. It is not an attempt to identify ex ante general classes of stakeholders like employees, communities or consumers, whose interests should be taken into account.  The Guiding Principles are exactly the opposite. They focus on the people whose human rights a business may affect in a specific context. The idea is to engage and learn from those people how a business may affect their lives. Acting on risks is the key difference between the transactional due diligence practice by business and human rights due diligence.

My third point is that human rights due diligence can be included within a broader enterprise risk management system, as long as these differences are respected and taken into account. As long as the company is not simply looking for financially material risks to themselves, but rather looking for salient risks to people they are impacting, which a traditional risk management system might not catch early enough.

A little sidebar before I get on to liability. If you make a due diligence system mandatory the way in which it is being discussed in Brussels, and if the requirement exists for a serious due diligence process including reporting and the possibility for penalties for non-compliance, it becomes a legal responsibility for the company, and it requires the company, which in turn has implications for the governance of the company. The management has to collect and aggregate the data of risks, failures and successes and report it to the board. And so, through a human rights’ due diligence system, you actually affect corporate governance in a much larger sense. You do not have to rewrite directors’ duties. Directors ipso facto have an expanded new job. Human rights due diligence properly constructed has that potential.

Not let me turn to liability. The first thing I want to say is that it is obvious that everyone who has been in this field for a long time gets very excited when they hear ‘liability’ because finally we have something that is concrete and that is legal. But let me begin by saying that legal liability is only a subset of a broader set of accountability mechanisms. Most or many human rights harms will not fall into a liability bucket and will require other ways of treating human rights  harm. That may include administrative penalties such as fines, loss of permits or concessions. It can include incentives such as preferential access to state financing or procurement contracts. These should all be part of the accountability part of human rights due diligence and, as I say, many human rights harms that we deal with would be dealt with through such measures. However, we have not really thought very much about them in the discussion of what’s going on in Brussels.

What should the guidance include? It should include things like: are human rights governed at the highest level of the company? In other words, is there board oversight of management practices in the area of human rights? There should be, that is point number one. Does the due diligence process include meaningful engagement with stakeholders or their legitimate representatives? Are risks identified and acted on effectively and in a timely manner? Is progress achieved in the standard of conduct recorded and reported and is the company providing an enabling remedy? I bet that in the 27 countries you will not find more than a small handful who have practices that are alike in all these respects. They are going to have to become more alike. Similarly, it may be necessary to provide guidance on where different human rights abuses fall within the various instrumentalities that Member States already employ to impose penalties on corporations. In Common Law systems we have different types of liability ranging from strict to intentional and to negligence. That too has to be considered as part of the provision of penalties.

My next point relates to the question that everybody is asking: for how many levels down does a company have to go? The answer from companies is “we are willing to do tier one”. The answer from others is “we want to include all layers in the supply chain”. To me, that is the wrong question. This is not a simple issue. Unilever has more than a half a million suppliers. Nestlé deals with 560 thousand farmers alone. The degree of oversight required if you have to do it on a layer-by-layer basis in companies of this size may be beyond anyone’s capacity. My sense is that the answer should not be defined by layers in the supply chain. It should be driven by wherever a company’s due diligence identifies salient human rights risks, no matter where. If your human rights due diligence process turns up a risk, whether it is in the 12th layer or the 2nd layer, that is where you go. This should include, in my view, an analysis of – companies do not like to hear this – how lead companies may be contributing to human rights harms through their own business models and practices (by changing orders at the last minute, by changing designs at the last minute, by delaying payments, etc). That should all be part of the due diligence system and the standard of care that we are talking about.

Finally given that we are dealing with a standard of conduct, there should be, in my view, a due diligence defence, but not an automatic safe harbour. The commentary to Guiding Principle 17 notes, and I am quoting, “conducting appropriate human rights due diligence should help business enterprises address the risk of legal claims against them by showing that they took every reasonable step to avoid involvement with an alleged human rights abuse”. The words “every reasonable step” refer to two things: the quality of the due diligence process and the quality of a company’s response to what it found. Just checking the box is not going to do the trick here, it is a different kind of due diligence system.

As I said at the outset, we still have a long way to go but my goodness we are talking about designing a legal regime that will initially cover 27 countries. And if the decision is made that non-EU companies that have a major business presence in the EU are included, then the EU becomes a surrogate global regulator in this field.

What you are doing is critically important, and I hope you can all make a contribution to getting this right, because we do not get many opportunities like this. Thank you.

Suggested citation: J. Ruggie, ‘Transcript of the Keynote Speech delivered at the webinar on Corporate Due Diligence and Civil Liability”, Nova Centre on Business, Human Rights and the Environment Blog, 23rd February 2021.