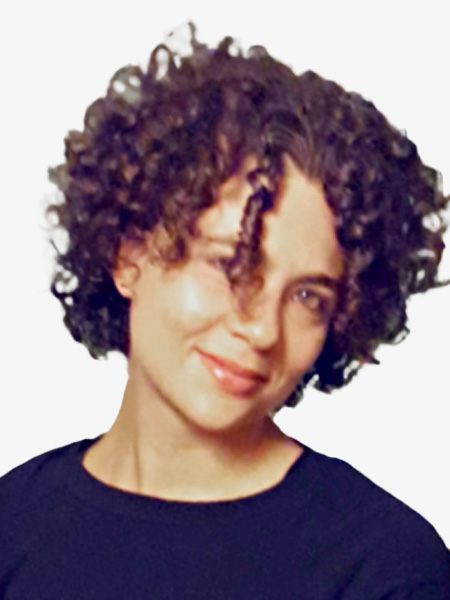 About the author: Antonella Angelini is a Senior (postdoc) Research Fellow at the Institute for Business Ethics, St. Gallen University. She conducts a project on labour agency and worker-driven regulatory initiatives in global supply chains. Before joining the Institute, she was a visiting postdoctoral researcher at Columbia Law School with a project on access to remedy through private remedy mechanisms and a teaching and research assistant at the Law Faculty of the University of Geneva. Her privileged research areas span from business and human rights to transnational regulation, labour movements, and legal theory. She holds a Ph.D. and a master’s degree from the Graduate Institute of International and Development Studies (Geneva). Antonella has collaborated with various NGOs, including Profundo, the Business and Human Rights Resource Centre, and the International Commission of Jurists. She is an activist of Diritti a Sud and Fuorimercato (Italy).

It took a fair while for Directive (EU) 2019/633 on unfair business-to-business trading practices in the agricultural and food supply chain (the UTP Directive) to make its way into Italy. But finally, and after the Commission launched an infringement procedure last July, the Italian Council of Ministers adopted a Legislative Decree implementing the EU Directive on November 4. One may say, though, that the wait was worthwhile. The freshly adopted Decree is broader in scope than its EU source and more ambitious than the bills of most other member states.

In a nutshell, the EU Directive introduces a “black list” of practices prohibited in all circumstances and a “grey list” of those permitted only if unambiguously agreed upon in the supply agreement. The target,  therefore, is pretty circumscribed. It includes practices that grossly deviate from good commercial conduct —e.g., delayed payments or short notice cancellations of orders—or contract changes imposed by the buyer. This minimum layer of protection covers agricultural and food products suppliers with turnovers of up to € 350 million. Below such threshold, the standards apply depending on the relative size of the operators as reflected by five other turnover categories. Size, thus, serves as a proxy of the different bargaining powers of suppliers and buyers. The premise, spurred by concerns of market disruption, is that protection should only cover those suppliers in a weak bargaining position.

Like most other Member States, Italy removed the turnover thresholds. Suppliers of all sizes and kinds—from farmers to manufacturers or distributors—can claim protection in their contractual relationships with buyers, provided that at least either of the two is EU-based. The transposition of the EU Directive also offered the occasion to set the seal on efforts to regulate a series of unfair practices that have come under the Italian public debate spotlight. To the EU black list, the Italian Decree adds a ban on the sale of agricultural and food products through the use of electronic tenders and auctions with double discounts and the sale of agricultural and food products under excessively onerous contractual terms, including that of selling at prices manifestly below production costs.

Coupled with this more robust scope of application, the Ministerial Decree focuses on enforcement. The Antitrust Authority has been in charge of the commercial relationships in the agricultural and food supply chain since 2012. In line with the EU Directive, the Ministerial Decree shifts this competence, at least partly, to the Central Inspectorate for the protection of quality and fraud repression of agri-food products. This new ad-hoc authority will have powers to impose fines on buyers, conduct ex officio investigations, and publish decisions. All bodes well on paper, but many factors may make the difference in practice.

One is how the right to bring complaints against buyers will play out. The Italian Decree extends this right to civil society organizations beyond those representing the interests of the involved commercial parties, and aptly so. Civil society organizations are the ones who zeroed in and threw light on the shady deals that pervade the Italian food supply chain. More broadly, recognizing and formalizing ways to express the societal interest in the fairness of the business relationships between buyers and suppliers is an important step. But it is almost overdue in light of the growing societal need and interest in a transition to more sustainable food systems.

The protection effectively provided by a ban on a fixed list of UTPs will partly depend on complex supply chain dynamics. The adoption of a UTP in a given segment of the supply chain, in particular, is likely to trigger reorganization in the upstream and downstream segments. Recent evidence shows that the nature of this pass-through effect can be highly context-specific. For instance, a firm suffering a UTP may impose the same practice on its suppliers, impose a different UTP, or otherwise do not transfer the unfair practice at all. The implications of this are not only in terms of the institutional design of a monitoring system. But they also call for reflecting on the overarching approach of the new Italian (and EU) framework. A fixed list of UTPs may prove inadequate to cope with the likelihood that complex supply chain dynamics, such as the pass-through effect, lead borderline practices to morph into, or otherwise determine, clearly unfair ones.

Related to the pass-through effect is also the issue of labor conditions. Asymmetry in bargaining power notoriously translates into informality and precarity. Discontinuous daily employment, informal contracts without social security entitlements, and indirect hiring through intermediaries are all manifestations of it. Targeting this asymmetry is crucial for easing the pressure that leads suppliers to shift their increased costs and reduced margins on workers. At the same time, the pervasiveness of labor exploitation in Italy requires more emphasis on the link between the food supply chain and the labor supply chains related to it. Numerous labor intermediaries (work agencies or gangmasters) supply workers to firms. This supply chain has its dynamics and incentives. But the existing measures to tackle it, such as the legislation on the Quality Agricultural Work Network, should come more systematically into the discussion about buyer-supplier relationships.

One final remark about the hint at “good practices” in the Italian Decree is in place. The term refers, in particular, to three-year procurement contracts, which are, no doubt, one of the avenues to reduce the exposure of suppliers to the power of buyers. The 2019 agreement between Coldiretti and Princes, which guarantees higher revenues for suppliers in the tomato industry, is an example of this practice. Still, the incentives for such agreements as envisaged in the Decree are purely reputational, in the form of a good practice label. Is this enough amidst the proliferation of social brands and, in turn, the dwindling margins of reputational approaches? Most likely not, which is why this part of the Decree will remain a dead letter without more substantial incentives either provided elsewhere by the government or bargained by organized social alliances.

Suggested citation: A. Angelini, ‘Unfair trading practices in the agricultural and food supply chain: From Brussels to Italy’, Nova Centre on Business, Human Rights and the Environment Blog, 7th December 2021.