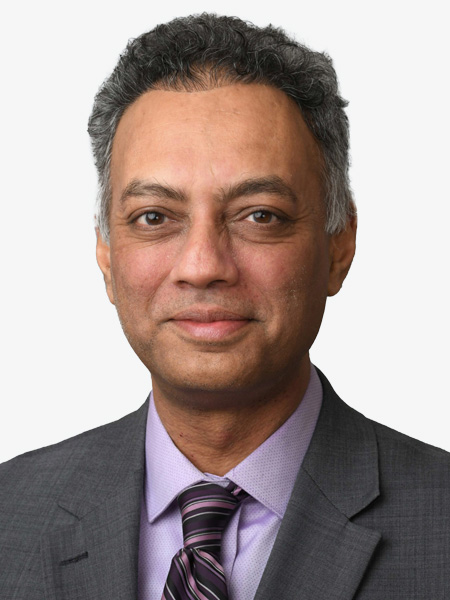 About the author: Krishnendu Mukherjee is a barrister and Indian advocate at Doughty Street Chambers, London, working with the most vulnerable and marginalised, especially from the global south, through his trans-national practice of immigration, environment and business and human rights.

In 2021, the first asbestos product factory in India received a state-level award for excellence in the fields of safety, health and environment (1). This is a somewhat surprising and some might even say suspect award, given that chrysotile or white asbestos, the type used in the factory, had been prohibited by the EU exactly 22 years ago. The wording of the press release (2) announcing the directive is absolutely clear and states inter alia that:

“All forms of asbestos are proven carcinogens. They can cause asbestosis (serious scarring of the lung), lung cancer and mesothelioma (cancer of the pleura ie. the lining of the lung)”.

The truth of this statement was proven through the diagnosis of hundreds of workers and their family members exposed to chrysotile at the factory site in Kymore, Madhya Pradesh in the 2010s and which is graphically depicted in the documentary Breathless-Fighting the Global Asbestos Industry (3). The documentary also shows how the factory was set up by a British company Turner and Newall PLC, sold to the Belgian company Etex, which sold the factory shortly after the EU ban. It is understood that the factory is supplied limestone cement, the main constituent of asbestos fibre cement, by the adjacent ACC Ltd factory, which is part of the Holcim Group headquartered in Zurich, Switzerland. Ironically, the current owner of the asbestos factory, Everest Industries Limited, conducts Corporate Social Responsibility (CSR) for tobacco control (4), another Group 1 carcinogen (5), showing the fallacy of focussing on CSR to improve the human rights and environmental performance of business.

The parallels with climate change, or properly named global warming, are clear. Companies such as Amazon and Microsoft pitch themselves as climate leaders, whilst donating tens of thousands to politicians who oppose climate action (6).  Fossil fuel companies are rewarded millions of pounds of UK tax-payers’ money to develop ways of producing coal, oil and gas (7). Companies and countries based in the global north, look to outsource fossil fuel production to the global south, where the worst effects of global warming will continue to be suffered (9), in undoubtedly the worst of all global injustices. However, the award to India’s first asbestos factory unintentionally demonstrates one important truth, that in 2021 there should be no discussion on whether a human’s safety, health and working and living environments are intrinsically connected. They are and there is a need to ensure that businesses adhere to both internationally recognised human rights standards, such as those in the UN and ILO instruments and key principles of environmental law in their business activities, including their business relationships. This is the core concept behind climate due diligence which is defined as requiring: “corporations to assess and address risk, as well as to integrate the climate change dimension into vigilance planning, corporate reporting, external communication and investment decisions” (10). Whilst the focus of the harmonised due diligence will be challenging global warming and it effects, it in fact requires a business engagement with all actual, or potential human rights and environmental violations, because there is no other way of clearly understanding the inter-connections between attributable global warming impacts. It also makes little sense to conduct due diligence only in relation to more diffuse climate-related risks, without conducting due diligence on the more immediate risk from, in this case, exposure to chrysotile asbestos. As an example, how would you know whether climate-affected people are being forced into unsafe and exploitative occupations, unless you conducted due diligence on all those issues?

In conducting climate due diligence, companies are expected to look at the risks to people from the perspective of those who are, or may be, affected from violations caused or contributed to by their business activity. Following from the UNGPs and OECD Guidelines, this would include a full value chain approach where the impacts are directly linked to business operations, or indirectly through their business relationships. Taking the real-life example of India’s first asbestos factory for instance, it has been known for several decades that exposure to chrysotile asbestos could be harmful to those directly exposed, although there may not have been any medical evidence to support this. The risks that companies are expected to prioritise for attention are those that pose the greatest potential harm to people (11).  In the case of the asbestos factory, this would clearly be the exposure to chrysotile asbestos, but in other contexts, such as in more diffuse environmental impacts, it would require the stakeholder engagement to inform the prioritization criteria and methodologies. Therefore, an effective climate due diligence approach in Kymore would require stakeholder engagement with affected, or potentially affected persons, with a priority given to medical assessment. However, there may be other risks which the engagement may uncover, such as the unlawful use of contract labour, forced labour and migration due to climatic agricultural failings. Similarly, in relation to the environment, the risks should be seen from the perspective of those affected by the environmental violations, particularly those who are most vulnerable and marginalised in relation to access to justice. In the context of the asbestos factory, this would of course be the risks from the chrysotile asbestos waste that was dumped by the successive companies around the factory affecting human health. However, it should also include the longer-term impacts of continuing the production of chrysotile asbestos products on the local community and wider population in specified timelines such as a decade or a generation (12). Whilst environmental law principles, such as the precautionary principle provide the legal basis for climate due diligence, the required changes to a business activity can only be ascertained through calculating impacts on affected people over particular timescales.

Once a harm, or potential harm is identified a company is expected to both cease and prevent a negative impact, but also use their leverage to prevent and/or mitigate the impact. Those supplying the asbestos factory with limestone cement for instance, could put pressure on the operators to find safe alternatives to chrysotile asbestos, with the ultimate sanction that their business will be curtailed. Climate due diligence should also inform remedying an adverse impact, in this case through the remediation of toxic pollution and compensation for those harmed. There may also be ripple effects, for which a full remediation plan could be instituted.

As India’s first asbestos factory shows, none of the above will happen unless legislation mandates it and cases are taken which set standards for climate due diligence in different contexts. The upcoming EU legislation under the Sustainable Corporate Governance Initiative provides an opportunity to design a due diligence structure, that would be a global model. Against the backdrop of recent unseasonal weather patterns, India’s first asbestos factory provides us with a salient warning, that unless we remain vigilant, even the most violative of business activities will continue unabated.