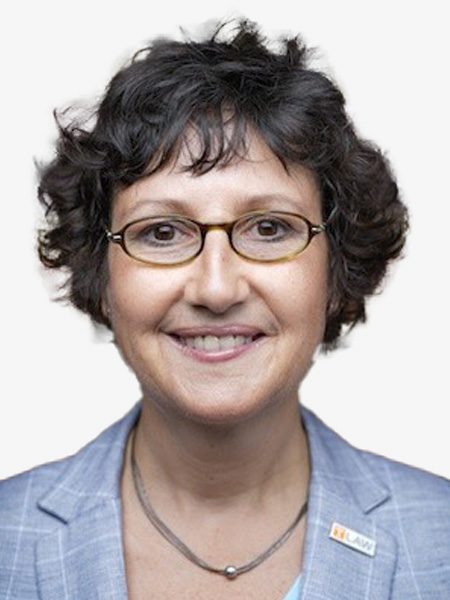 About the author: Professor Joan MacLeod Heminway is the Rick Rose Distinguished Professor of Law and Interim Director of the Institute for Professional Leadership at The University of Tennessee College of Law.  Her research and writing focus on U.S. disclosure regulation, business finance, business governance, and contract law issues at the federal and state levels.

This blog post is based on oral remarks offered by Professor Joan MacLeod Heminway as part of a discussion group entitled “First Things First: Is Short-Termism the Problem?,” convened on July 29, 2021 as part of the 2021 Southeastern Association of Law Schools annual conference at the Omni Amelia Island Resort.

Substantive legal principles present further impediments to recovery. Under Delaware law, the fiduciary duties of corporate management comprise care and loyalty, including the obligation to act in good faith.[8]  Depending on the circumstances, each of these two fiduciary duties could be a basis for litigation confronting short-termism in officer or director actions.

As a matter of positive law, the corporate managerial duty of care in Delaware, and perhaps other jurisdictions, is limited to a process-oriented decision-making duty.[9] Specifically, officers and directors are obligated to be fully informed of all material information reasonably available in making a decision.[10]  To address short-termism, a shareholder could bring derivative litigation for breach of the fiduciary duty of care, asserting that directors failed to fully inform themselves of all information significant to a decision, or series of decisions, based myopically on enhancing near-term shareholder value.

The duty of loyalty under Delaware law is more capacious than the duty of care, incorporating both the obligation to act in good faith and the obligation to act in the best interest of the corporation.[11]  However, relevant standards of conduct for loyal or disloyal conduct may be vague or open-ended,[12] disloyal behavior founded in bad faith may be difficult to prove,[13] applicable standards of liability[14] may lower a plaintiff’s probability of success,[15] and high threshold standards of review (under, e.g., the business judgment rule and the Caremark doctrine) present further barriers to recovery.[16] Thus, even absent allegations of a conflicting interest, shareholder claims asserting that corporate directors acted disloyally by engaging in short-termism, including through bad faith conduct not in the corporation’s best interest, must contend with vagaries of the duty of loyalty in general and the concept of bad faith more specifically.  Moreover, these would-be plaintiffs are likely to face challenges in providing the required proof of intentional or conscious malevolent behavior inherent in existing definitions of bad faith conduct.

Thus, shareholder claims that directors have breached their fiduciary duties by engaging in short-termism, whether on the  basis of a breach of the fiduciary duty of care or loyalty (or a subsidiary or separate duty of good faith), face both procedural and substantive challenges.  To the extent that these challenges contribute to corporate managerial short-termism, it may be appropriate to ask whether it is time to rethink the fiduciary duties.  Among other things, academics and policy makers could give thought to:

– Making it procedurally easier for shareholders to sue;

– Allowing affected legal persons other than shareholders to sue;

– Articulating the substance of management’s fiduciary duties more precisely; or

– Eliminating/lessening barriers created by standards of liability and judicial review.

Would these kinds of reconsideration bring new insights to the short-termism debate?  Perhaps not.  Fiduciary duties are complex, and rightly so.[17]  This complexity may incentivize directors to fully engage in and with desired corporate decision making and monitoring.  Moreover, standards of conduct and liability reflect the exercise of significant legislative and judicial discretion over a lengthy period of time.  Although there are hallmark cases—like those described in the Delaware Supreme Court’s opinions in Disney[18] and Marchand[19]—in which director conduct is questionable under existing standards of conduct and liability, these cases do not necessarily evidence or portend widespread managerial malfeasance. The adage, “If it ain’t broke, don’t fix it” comes to mind.  As I argued in earlier published work relating to the advent and proliferation of benefit corporation legislation, moving one lever in the fiduciary duty machine may create more problems than solutions.[20]

Perhaps, instead, the role of legal counsel in advising corporate boards can play a key role in inhibiting or remedying short-termism in corporate governance.  As I have argued in prior work, nothing in legal doctrine, policy, or theory expressly mandates shareholder wealth maximization in the short or long term.[21]  Corporate boards should not be advised to the contrary absent clear state law guidance.  Comprehensive, competent legal advice may be the best approach to thwarting or addressing any corporate managerial short-termism.

[3] See, e.g., Guth v. Loft, Inc., 5 A.2d 503, 510 (1939) (“Corporate officers and directors are not permitted to use their position of trust and confidence to further their private interests. While technically not trustees, they stand in a fiduciary relation to the corporation and its stockholders.”).

[5] See, e.g., Gearhart Indus., supra note 4 (averring that under Texas law, “a cause of action for breach of directors’ fiduciary duties belongs to the corporation and cannot be brought by a stockholder in his own right, nor can the shareholder directly prosecute the suit in the name of the corporation.”); Aleta G. Estreicher & Warren S. Green, Heavy Duty II: Forming A Business Entity in the United States, 17 N.Y.L. Sch. J. Int’l & Comp. L. 307, 323 n.92 (1997) (“Fiduciary breaches are most often challenged by the shareholders (the beneficiaries of the directors’ duties) through derivative lawsuits brought on the corporation’s behalf.”).

[8] Stone v. Ritter, 911 A. 2d 362. 370 (2006) (“[A]lthough good faith may be described colloquially as part of a ‘triad’ of fiduciary duties that includes the duties of care and loyalty, the obligation to act in good faith does not establish an independent fiduciary duty that stands on the same footing as the duties of care and loyalty. Only the latter two duties, where violated, may directly result in liability.”).

[9] Brehm v. Eisner, 746 A.2d 244, 264 (Del. 2000) (“Due care in the decisionmaking context is process due care only. Irrationality is the outer limit of the business judgment rule. Irrationality may be the functional equivalent of the waste test or it may tend to show that the decision is not made in good faith, which is a key ingredient of the business judgment rule.”).

[12] For instance, the Disney court’s articulation of examples of bad faith conduct is expressly nonexclusive.  See In re Walt Disney Co. Deriv. Litig., 906 A.2d 27, 67 (Del.2006) (“There may be other examples of bad faith yet to be proven or alleged, but these three are the most salient.”).

[14] These may include, for example: charter-based exculpation from monetary liability for duty of care claims against directors; charter-based limitations on a director’s duty to disclose corporate opportunities; and fully informed, good faith, disinterested director or stockholder approval or the establishment of entire fairness for conflicting interest claims.

[15] See, e.g., Westbrook, supra note 7, at 526 (“If the corporation jumps through one of these hoops, shareholder ability to challenge the transaction is limited.”).

[17] See Joan MacLeod Heminway, Let’s Not Give Up on Traditional for-Profit Corporations for Sustainable Social Enterprise, 86 UMKC L. Rev. 779, 803 (2018) (“The applied authority of a board of directors . . . is not designed or intended to be simple or turnkey. It is complex (more or less so depending on the matter being deliberated) and requires at various times the identification, consideration, assessment, and balancing of multiple—and sometimes competing—interests.”).

[19] Marchand v. Barnhill, 212 A.3d 805, 809 (Del. 2019) (“[W]e hold that the complaint alleges particularized facts that support a reasonable inference that the . . . board failed to implement any system to monitor Blue Bell’s food safety performance or compliance.”).

[21] See generally id. at 779 (contending that traditional for-profit corporations “continue to be a viable—and in many cases desirable or advisable—choice of entity for sustainable social enterprise firms” and that applicable doctrine, policy, and theory continue to support the use of traditional for-profit corporations for sustainable social enterprises: businesses that serve social or environmental objectives as well as shareholder wealth objectives); Joan MacLeod Heminway, Shareholder Wealth Maximization As A Function of Statutes, Decisional Law, and Organic Documents, 74 Wash. & Lee L. Rev. 939, 972 (2017) (“[T]he extent to which directors must observe a shareholder wealth management norm in their management of the corporation for the short term and the long term in a fashion consistent with applicable fiduciary duties remains relatively untested.”).