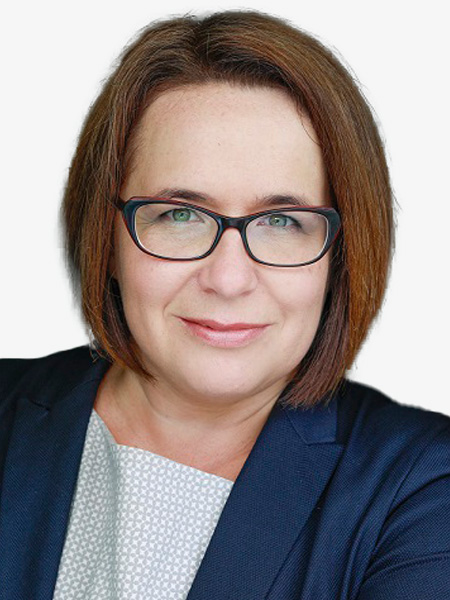 This blog post is based on the intervention of Beata Faracik in the webinar on Business and Human Rights Developments in Central and Eastern Europe on 12th October organised by the Nova Centre on Business, Human Rights and the Environment and Nova Univerza in Ljubliana.

About the author: Beata Faracik is a co-founder and President of the board of PIHRB. A legal expert specialized in Human Rights & Business and RBC/CSR, she has approximately 20 years of professional experience the in public, private, and NGO sectors in various countries, including the Ministry of Justice (Poland), Ministry of Foreign Affairs (Poland), Criminal Justice System (UK), University of Exeter (UK), and the National Society for the Prevention of Cruelty Against Children (UK). Since 2018 Beata has volunteered as coordinator of the interministerial and multistakeholder Working Group on Workers, an advisory body to the Minister of Finance, Funds and Regional Development, helping develop legislative recommendations and practical tools to prevent and persecute forced labour and human trafficking. Beata co-founded the CSR Watch Coalition Poland and Central and Eastern Europe Business and Human Rights Association, and is also a member of the BHRight Initiative for Interdisciplinary Research and Teaching on Business and Human Rights, the BHR Teaching Forum, and of the advisory board of Amnesty International Poland.

Question: What are the main obstacles in the access to remedy for business-related human rights abuses in the region?

The issue of the rule of law and the access to remedies is so intrinsically linked that one cannot separate one from the other. The weak rule of law, which sometimes, unfortunately, gets even weaker, naturally affects adversely access to remedy. The situation differs from country to country. It dynamically changes also within each country. Five or six years ago, Poland had a stable and independent judiciary system. While it suffered from the length of proceedings, well-thought through reforms would have been able to fix this problem. We are in a totally different situation now. We also see the worsening of the situation in Belarus, while in some others situation does not improve. Luckily, this trend is not visible across all the sub-regions and a number of countries’ (e.g. Azerbaijan), on their own or with the support from Council of Europe, are undertaking a number of reforms aimed to strengthen the judiciary and make the system both more efficient and more transparent. Obviously, corruption and the perception that corruption is very widespread in the judiciary system is one of the major challenges that needs to be addressed and – with few exceptions – in different countries, different measures are undertaken to tackle this problem.

Another issue affecting access to remedy is the length of proceedings – problem known to the region for years. It is most often caused by the insufficient funding being allocated by the states to the judicial system, insufficient number of judges, uncompetitive salaries (if compared to the private legal services market), but also often inefficient way in which the courts are administered.  A brief check of the database of the European Court of Human Rights and we will realize that excessive length of proceedings is one of the major issues in majority of countries that renders access to justice limited. If a person needs to wait for four years to get reinstated into its job by the court, is the justice really done? Can we talk of the effective remedy?

Situation is further exacerbated by very low legal awareness of the society. Again, this problem affects all countries across the region. It is likely caused – at least partially – by the education system which does not pay attention to this aspect of education. This needs to be addressed in the first place. Unless people know what rights they have, they will not feel empowered to demand anything, not least to have their rights respected.

In the majority of countries there are national human rights institutions to which – should their rights be violated – citizens can lodge complaints. Their power is limited however, as they usually can handle complaints only against State institutions and additionally – they can’t really tell those institutions to behave in a specific way, but they can point to the issue and recommend changes that will correct situation. Naturally those mandates will vary, there will be some with the power to impose fines in specific situations, whereas few will be also able to handle complaints from individuals and against private enterprises.

On top of that we do have OECD National Contact Points in several countries across the region (e.g. all EU member states, Ukraine) and nearby – including Turkey, and more to the East, also Kazakhstan. But there are not many cases. Part of the reason is that people or even trade unions simply do not know that such a thing as NCP exists. They do not know that they can submit a complaint and that it is free of cost. That even if there is no NCP in their country, if their rights are violated by their company and the company operates in another country, they can make a complaint to the NCP in another country. If we want to see this complaint mechanism to become more efficient, we also need to make sure that we speak more about it and popularize it.

Another road to accessing your rights would be to lodge complaints or simply inform labour inspection. In the majority of states labour inspections oversee if the workers’ rights are respected and whether the health and safety regulations are followed by the private sector but also by State institutions. The situation differs a lot because the majority of those labour inspections have mandate to monitor situation of those workers that are employed under the labour law contract. In situation when vast numbers of workers across the region provide work on the basis of civil law contracts and in the gig economy, this is hardly sufficient. What is however slightly more promising is that, even if slowly, we see the movement of people that are self-employed, pushed involuntarily into gig economy since this is the only way they can work with another company. A couple of weeks ago, Poland saw the registration of a trade union of self-employed personnel. We are looking forward to seeing whether it will have an impact and whether this trade union will be treated as a representative of this group or not, and whether many people will join it.

Question: Could you tell us about the Polish National Action Plan and how was the process to adopt it?

The first Polish National Action Plan (NAP) covered the period from 2017 to 2020, and – just this autumn, the Polish Council of Ministers adopted a second NAP. While the commitment to develop the first NAP was made in 2013, yet it took several years for it to be developed and launched in 2017, due to the lack of readiness within the administration, as to who should lead on that process. As none of the more topic specific ministries wanted to take responsibility for it, it was finally the Ministry of Foreign Affairs (MFA) that offered to take on the coordination of the process in an effort to resolve the stalemate. There was no national baseline assessment developed prior to NAP’s development, and the National Action Plan itself had left a lot to wish for, as it lacked clearly formulated commitments, deadlines, specific indicators that would enable the progress of the implementation to be monitored or even ministry in charge of it. Instead, in my opinion, it was long narrative providing, with a few exceptions, a description of the status quo as perceived by the public administration. It comprised merely a couple of relatively soft commitments – yet, in the end, even those were not met. Few positive exceptions of development were again undertaken by the MFA and Ministry of Funds and Regional Development, where also NCP Secretariat is hosted, and which profited from having established a multistakeholder Committee on Sustainable Development and CSR. While this auxiliary body to the minister was not created strictly to support the NAP implementation, a number of activities undertaken neatly overlapped with issues that were raised in the NAP.

During the NAP drafting process, non-state actors were not involved, however they were provided with opportunity to comment on the first draft. A meeting with public administration to discuss the NGOs and Trade Unions recommendations was also organized – at the initiative of the NGOs.  Unfortunately, it was not a process that could engage different stakeholders on a greater scale and which could serve as raising awareness for different actors. Thus, this opportunity was missed. The same goes for businesses that were not consulted, except for being provided with the first draft version on which they could comment. At least the period during which it could have been commented on was relatively long – a month.

Unfortunately, when it comes to the second NAP, adopted just recently, it is almost the same story, except that – due to COVID19 – no consultative meeting took place, even though it would have been easy to organize it by the administration via zoom or other platform. Again, non-state actors were not involved in drafting – although, as PIHRB, knowing that the process is in progress, we have sent a number of letters to various ministries with suggestions as to what issues cry for being addressed and covered. The first draft – made available for comments – showed that none of them were taken onboard, and that in some cases, the commitment to address specific issue was even weaker than in the first NAP. Again, narrative about status quo dominated and even vague commitments were scarce.

So while the first NAP was not perfect, but at least some parts of the administration had the awareness raised and learned something about what BHR is. But as the process and outcome were not different with the second NAP, it indicates that the education was too shallow and / or that there is simply complete lack of political will to address those issues, and that the 2nd NAP will be hardly more than another document on the shelf.  In this way, it is another opportunity lost to start discussion about issues crucial not only to human rights but also competitiveness of the Polish companies. The NAP drafting process could have been used to engage different stakeholders and make some collaborations work and lay ground also for forthcoming changes inevitable in the light of EU Green Deal legislation.

Not to end on the negative, there is a more positive story to tell about the Polish NCP OECD, which has been both active, and assisted in developing various policies and procedures. NCP Secretariat’s staff have undergone a training aimed to equip them with skills necessary to navigate the complaints handling process and to be able to provide parties with good offices and mediation services. And indeed, so far handled all the cases submitted to it well and in impartial manner, even if in some cases it insisted on parties to agree on confidentiality throughout the process and not only in the first stage, in an effort to enable the process to succeed, rightly judging the situation at hand. While this might not work in all context and countries, this approach rendered positive results in Poland. The point in the NCP proceedings is after all to find solutions, and sometimes going open with who the parties are could already damage the process. At PIHRB we are still concerned about the NCPs Secretariat location within the cabinet of the minister, yet it also has its advantages, particularly when companies are being asked to come to the ministry building to discuss an alleged violation – it shows that it is being treated seriously. However, if something changes when it comes to the political leadership, or when NCP staff changes, this might affect the way the NCP works. For now, while not ideal, it works very well.