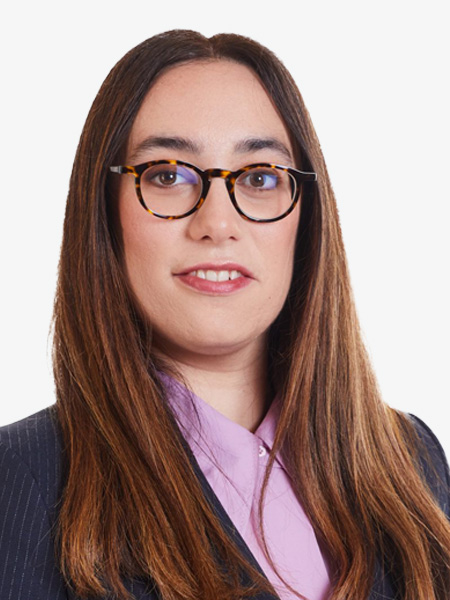 About the author: Laura Íñigo Álvarez has recently joined the Nova Centre on Business, Human Rights and the Environment as a postdoctoral researcher at Nova School of Law and the Research Centre on Law and Society (CEDIS). She holds a PhD in International Law from Utrecht University and an LLM in Public Law from the University of Seville. Previously, she was a member of the working group of several research projects on Business and Human Rights in Spain funded by the Ministry of Economy and Competitiveness.

The second episode of the webinar series on Business and Human Rights Developments in Southern Europe took place on 13 October 2020 and was dedicated to the developments in Spain. This webinar series is jointly organised by the Nova Centre on Business, Human Rights and the Environment and the British Institute for International and Comparative Law.

The business and human rights developments which took place in recent years in Spain can be traced back to the 2004-2011 period with a progressive Government in relation to economic and social rights. As highlighted by José Carlos González Lorente, head of CSR and Sustainability in the Spanish union Comisiones Obreras, there were a number of relevant legislative developments at that time, such as the Sustainable Economy Act, or the creation of the State Council for Corporate Social Responsibility (CERSE). The author notes, however, that those timid improvements were later paralised by the subsequent conservative government in the 2011-2018 period. This political scenario has been partly the cause of the ups and downs in the legislative developments regarding business and human rights in Spain.

Against this background, the developing process of the Spanish National Action Plan on Business and Human Rights (NAP) started in December 2012 led by the Human Rights Office attached to the Ministry of Foreign Affairs and the final text was adopted in July 2017, after two draft proposals in 2013 and 2014. As was pointed out by Carmen Márquez Carrasco, Professor of Public International Law at the University of Seville, the Spanish NAP can be characterised by its lack of ambition, the absence of meaningful engagement with social actors and a number of legal gaps in its content when mapped out against the requirements of the UN Guiding Principles on Business and Human Rights (UNGPs). In particular, the author lists a series of major gaps. Firstly, the NAP is based on purely voluntary commitments in relation to the first and second pillars of the UNGPs – ‘protect’ and ‘respect’ – the main measures adopted relating to awareness-raising, promotion and training. Secondly, the NAP does not refer to the connection between environmental damage and human rights abuses, nor does it mention the issue of extraterritoriality, meaning that the negative impacts of Spanish corporations abroad are not contemplated. Lastly, there has been a lack of transparency and insufficient engagement with civil society organisations and experts through the drafting process of the final text. The 2017 NAP has expired in July 2020 and will be subject to a process of assessment with the view to develop a new one.

The fragmented approach of the NAP has been aggravated by the absence of legislation on mandatory human rights due diligence in Spain. According to Maria Prandi, Founder of Business and Human Rights (BHR), this has created a situation of confusion for Spanish companies, which do not know whether they need to report about due diligence processes or how to do it. Nevertheless, as she explains, Spanish companies have demonstrated certain improvements in terms of getting better knowledge about their human rights impacts and providing more precise human rights impact assessments at the corporate level. That being said, she notes that Spanish companies need to take further steps, among others, improve the dialogue with stakeholders, articulate grievance mechanisms that are aligned with the UNGPs’ requirement of effectiveness, and consider the lessons learned by their subsidiaries in complex environments.

The adverse human rights and environmental impacts arising out of the extraterritorial operations of Spanish companies have been particularly significant in Latin America where many of these companies operate, most notably in sectors such as the extractive industries or renewable energies. As illustrated by Francisco Javier Zamora Cabot, Chair Professor of Private International Law in the Universitat Jaume I, there have been a number of examples of the adverse impacts caused by Spanish companies in the region. The author referred to the operations of the Spanish Cobra Group on the isthmus of Tehuantepec in Mexico and the explosions that took place at Los Pajaritos chlorine plant in 2016 causing 32 deaths and the exposure to high levels of dioxins and furans. Moreover, he mentioned the conflictual relationships between Spanish energy companies and indigenous communities, for instance, the cases of Repsol and the Yasuníes in Ecuador, or Endesa and the Mapuches in Chile.

As regards criminal and civil liability mechanisms for business-related human rights abuses in Spain, Maria Chiara Marullo, Assistant Professor of Private International Law at Universitat Jaume I, argues that civil proceedings would represent the most adequate mechanism – compared to criminal proceedings – for victims of corporate abuse to bring claims in Spain. In particular, the author explains that the jurisdiction of the Spanish courts could be based on the Brussels I Recast Regulation. However, as she points out, human rights violations would need to be translated into tort law causes of action. This has been the case of several decisions before domestic courts in Europe, such as the Vedanta case in the UK and the Shell case in the Netherlands.

In relation to legislative developments, a proposal on a national law on human rights and environmental due diligence is currently being discussed by Spanish civil society organisations in order to answer the need for a binding regulation on business and human rights and to provide access to remedies for the victims. Orencio Vázquez, coordinator of the Spanish Observatory on Corporate Social Responsibility, explained that the proposal should be based on an ‘ordinary law’ (ley ordinaria) following the philosophy of the Act 26/2007 on Environmental Responsibility. The author further clarifies that this law would include the obligation of corporations to implement due diligence processes which would be accompanied by administrative sanctions in cases of non-compliance. The due diligence obligations should extend throughout the companies’ supply chains. In case of harms, the author notes that the existing principles on extracontractual civil liability under Spanish law, and more specifically the principle of culpa in vigilando could be applicable through an amendment of the Spanish civil code.

In conclusion, it remains to be seen whether these small steps in the process to address the ‘protect, respect and remedy’ framework are strengthened in Spain in the upcoming years. In order to do so, it will be key to turn the voluntary commitments into binding obligations for corporations.