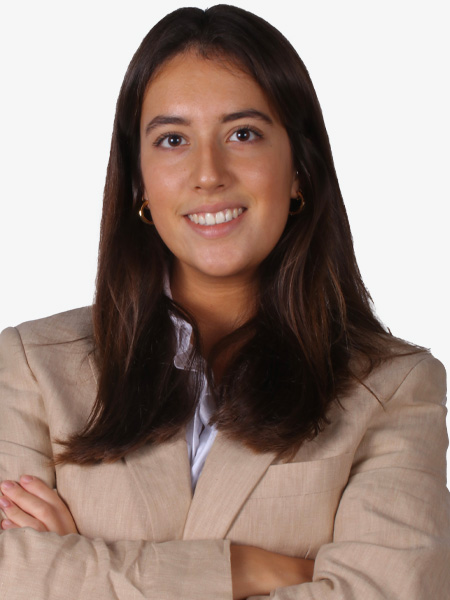 About the author: Cindy Carvalho holds a bachelor’s degree in Private Law from the Aix-Marseille University. She is an International and European Master’s Law Student at Nova School of Law and a Research Associate at the NOVA Center on Business, Human Rights and the Environment.

COP27 is the 27th ‘conference of the parties’ to the United Nations Framework Convention on Climate Change. The conference has been held annually since the first UN climate agreement in 1992. The UNFCCC is an international convention which entered into force on May 21st, 1994. It was opened for signature at the Rio Earth Summit in 1992 and 198 countries ratified it. This year the COP was held from the 6th to the 18th November 2022 in Sharm el-Sheikh, Egypt. Heads of states, governments ministers, business leaders, civil society representatives and climate activists all came together to negotiate the next collective steps towards the protection of the global climate system.

COP27 came to several conclusions, including the first Just Transition Energy Partnership and an agreement to create a “loss and damage” fund which will be set up for “assisting developing countries that are particularly vulnerable to the adverse effects of climate change”. (https://ec.europa.eu/commission/presscorner/detail/en/ip_22_7064). They created a fund that compensates those countries most affected by the devastating effects of climate change, but which have contributed the least to its creation. However, no decisions have been made concerning the sources of the funding.

Moreover, the final agreement mentioned “the urgent need for deep, rapid and sustained reductions in global greenhouse gas emissions” to limit global warming to 1,5°C above preindustrial levels, which is the goal of the Paris Agreement. (https://www.unep.org/news-and-stories/story/cop27-ends-announcement-historic-loss-and-damage-fund).

The 2015 Paris agreement contains two temperature goals – to keep the rise “well below 2°C” above pre-industrial levels and “pursuing efforts” to limit the increase to 1.5°C.

However, the 2022 UNFCCC NDC Synthesis Report shows that the actions taken by society up until now are simply not enough. (https://unfccc.int/sites/default/files/resource/cma2022_04.pdf).

The commitment to the objectives of the Paris Agreement and the Glasgow Climate Pact is insufficient. COP27 failed in that sense.

What does COP27 mean for businesses?

The number of companies present at the COPs has been increasing each year. The important role for businesses to act on climate change within their companies is crucial and was made clear by the active business participation at COP27.

Even though the COP decisions are not legally binding, they still influence legal and policy development at the international, as well as at regional and national levels. An increasing number of organizations are facing legal sanctions for not providing credible pathways and action plans to achieve net zero pledges, as illustrated by the recent case against Shell in which the Hague District Court ordered Shell to reduce its CO2 emissions by net 45% in 2030, compared to 2019 levels. Businesses can expect increasingly severe sanctions as well as an increased pressure from the public opinion if they do not comply. As a result of the COP negotiations, President of the European Commission, Ursula von der Leyen, agreed to keep the targets of the Paris Agreement alive on behalf of the EU. (https://ec.europa.eu/commission/presscorner/detail/en/ip_22_7064)

What steps should businesses take?

The challenges with climate change are bigger than ever – businesses these days are facing the need to balance the Paris agreement as well as the need to tackle the imminent energy crisis.

The We Mean Business Coalition brought together hundreds of concerned companies to declare 1,5°C to be “a limit, not a target”.

The direction of Travel is clear – Businesses must reinforce their climate commitments with actions and investments.

The United Nations ‘High-Level Expert Group on net Zero Emissions Commitments on Non-State Entities provides a report “a how to guide to ensure credible, accountable net zero pledges. (https://www.un.org/sites/un2.un.org/files/high-level_expert_group_n7b.pdf) Among its recommendations:

The question that businesses have to ask themselves is: What are we doing now to improve the situation? Businesses will play a crucial role in achieving the goals of the agreement reached at COP27, they have a role in:

While many praised the creation of the fund, many also worried that the negotiations failed to reach an agreement that would significantly reduce greenhouse gas emissions. However, the “loss and damage” fund refers to “the negative” consequences arising if businesses decide to not take action to reduce their emissions. Implementation of the COP27 recommendations must happen within businesses. It is up to every business to take near term actions and to translate those commitments into detailed action at the national level.

Next year, the COP28 which will take place in Dubai is an opportunity for businesses to present the actions they have taken to limit their contribution to global warming to the best of their ability. As Antonio Guterres affirmed during the COP27: “Global emissions are at their highest level in history – and rising. Climate impacts are decimating economies and societies – and growing. We know what we need to know, and we have the tools and resources to get it done.”