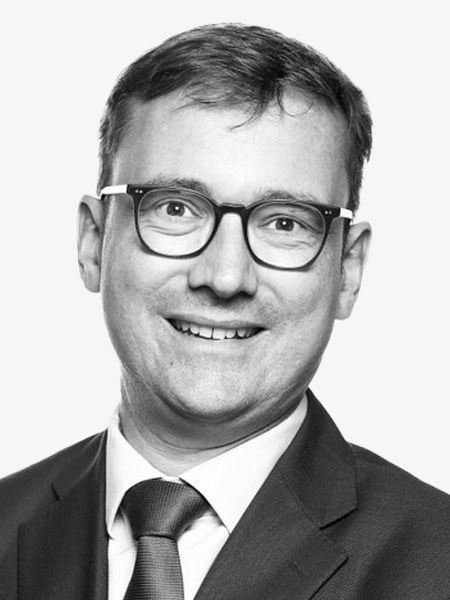 About the Author: Professor Florian Möslein is Director of the Institute for Law and Regulation of Digitalisation and Professor of Law at the Philipps-University Marburg, where he teaches Contract Law, Company Law and Capital Markets Law. He previously held academic positions at the Universities of Bremen, St. Gallen, and Berlin, and visiting fellowships in Italy (Florence, European University Institute), the US (NYU, Stanford and Berkeley), Australia (University of Sydney), Spain (CEU San Pablo, Madrid) and Denmark (Aarhus). Having graduated from the Faculty of Law in Munich, he also holds academic degrees from the University of Paris-Assas (licence en droit) and London (LL.M. in International Business Law). Professor Möslein published three monographs and over 80 articles and book contributions, and has edited seven books. His current research focus is on regulatory theory, corporate sustainability and the legal challenges of the digital age.

This blog post is based on oral remarks offered by Professor Florian Möslein as part of a discussion group entitled “First Things First: Is Short-Termism the Problem?,” convened on July 29, 2021 as part of the 2021 Southeastern Association of Law Schools annual conference at the Omni Amelia Island Resort.

Ernst and Young recently prepared a “Study on directors’ duties and sustainable corporate governance” for the European Commission DG Justice and Consumers (EY report). The paper’s self-declared overall objective is to “assess the root causes of short termism in corporate governance”. Accordingly, most responses that the Commission has received focus on the study’s initial examination as to whether the current rules are problematic, e.g., whether company law as it stands, gives management an incentive to favour shareholders’ value and possible short-termism. To prove that there is a problem of this kind is difficult, if not impossible. By attempting to conclude that current company law promotes short-termism, the study has made itself prone to criticism. It started, so to say, on the wrong foot.

In a recent paper that Karsten Engsig Sørensen and I have published in European Company Law, we argue that this shortcoming should not induce the Commission to misjudge company law’s potential for sustainability. A more convincing starting point for political discussion would be to state that there is a climate challenge and ask whether and how company law may be able to contribute to meeting this challenge. In fact, most (if not all) will agree that we currently face a climate challenge. As a consequence, although the current study may be criticized for its approach, this criticism does not imply that the potential for company law to make companies more sustainable should not be considered. The study’s potential shortcomings should not prevent a debate on the potential for company law to promote sustainability.

Company law can be designed in ways to address the climate change problem, as sustainability and company law interact closely with one other. Yet the inherent vagueness of the politically pre-defined target makes it difficult to tailor a suitable regulatory approach. If possible and likely to be effective, soft law should be preferred to hard law and Member States should enjoy discretion as to how best adopt respective rules in light of their national context. On the other hand, an approach which relies exclusively on soft law is unlikely to reach its goal. For instance, various Member States may choose not to adopt any respective measures in order to protect their own national economy. Since the climate challenge is global, European rule-makers cannot rely on regulatory competition. Moreover, an obvious objection to soft law mechanisms is that they may not be sufficient and that the climate challenge requires more substantial, mandatory legal rules.

In short, company law needs to find a middle ground. While climate and environmental law may well be suited to enact mandatory rules since they aim to achieve specific well-defined outcomes, tailoring regulatory strategies in company law is more challenging. After all, requiring all companies to act as social enterprises would involve a fundamental shift in how business is conducted. Such a solution is likely to be too radical. What is possible and recommended, however, are so-called nudging approaches to company law. Nudging has in fact been successfully applied in many other areas of law. Yet its potential in company law is still largely underrated. Nudging strategies are not limited to soft law and include hard law but with a focus on procedural (rather than substantive) rules. Substantial interventions in company law risk missing the point or lacking precision, and at the same time the negative consequences are potentially huge as they are tinkering with the fundaments of company law. On the other hand, procedural rules have the advantage of being less intrusive by preserving freedom of choice. And if we get it wrong, the only consequences will be the imposition of additional costs on companies.

The EY report outlines a range of measures according to the negative ‘drivers’ they each aim to mitigate. Although the list is long, it is in no way complete, as national law demonstrates examples of additional measures that have been used. The report even fails to mention measures that have been discussed in other parts of the Commission. While the scope of the report may well require the scope of the analysis to be focused, the report omits important measures that are more in line with the regulatory approach that has been outlined above. In our paper, we discuss some of these measures (such as duties of a more specific nature, reporting requirements, or also the improvement of shareholder decision-making) in detail and propose that in the work ahead, the Commission should consider a broader range of measures than those outlined in the EY report. We conclude that in the face of climate change, sustainability matters and that company law is able to provide suitable regulatory instruments in order to create incentives for managers, shareholders and other stakeholders to take sustainability into account.