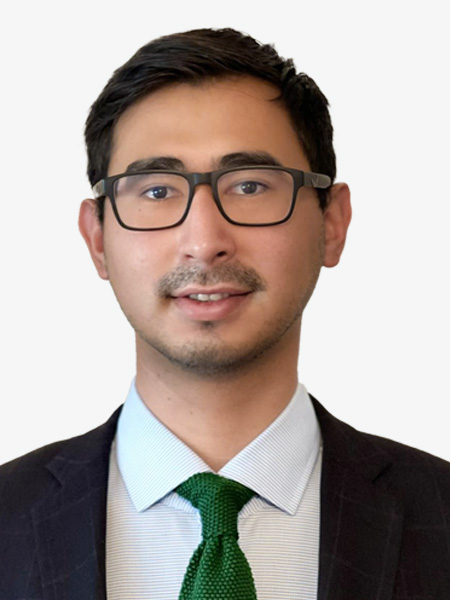 About the author: Roman Bembinov is a Master’s Student in Law and Financial Markets in NOVA School of Law as well as Research Assistant at the NOVA BHRE where he follows closely the legal developments in the areas of environment, business and human rights.

The United Nations’ Intergovernmental Panel on Climate Change (“IPCC”) is currently in the sixth assessment cycle, with the aim of preparing the Sixth Assessment Report on Climate Change (“Sixth Assessment Report”). This report is composed of three IPCC Working Groups contributions and a Synthesis Report, on the following matters: Working Group I, regarding physical science basis; Working Group II, about impacts, adaptation and vulnerability; Working Group III, concerning mitigation; and the Synthesis Report, which will integrate all the IPCC reports in the current assessment cycle.

The Sixth Assessment Report is a product of the collaboration of 234 scientists from 66 countries, relies on the analysis of over 14,000 scientific papers and was approved by 195 governments. In comparison with previous IPCC assessments, there is a larger emphasis on solutions across all Working Groups, more regional information, and a higher level of integration across Working Groups.

On 9 August 2021, IPCC published the first of the three working groups reports – the Climate Change 2021: The Physical Science Basis report (“WG1 Report”). The second and third Working Groups findings of the Sixth Assessment Report are expected to be published on 14-18 February 2022 and 21-25 March 2022 respectively. The Synthesis Report encompassing an overview of all three Working Groups – 26-30 September 2022.

The WG1 Report key objective is to maintain and develop a strong scientifically grounded climate risk assessment tool for the policymakers on the matters of climate change. For that purpose, it addresses the most updated physical understanding of the climate system and climate change, by combining the latest advances in climate science, as well as multiple lines of evidence from paleoclimate, observations and process understanding. Furthermore, it covers in detail the relevance and the scale of human influence on the broad spectrum of climate characteristics, including extreme events.

Key Elements of the WG1 Report

The WG1 Report included important findings regarding temperature rise, its consequences and the possibility of avoiding it.

Firstly, the WG1 report narrows the range of probable temperature rise to between 1.5 °C and 5 °C, further indicating that the 1.5 °C rise is likely to be reached before 2040. The compound impacts (such as a combination of heat and drought) are considered to be higher rated threats of climate change than in the previous reports. The report also provides that the occurrence of extreme weather events is expected to increase in line with temperature, and that the compound effects may have way more significant impacts on society. One of the major differentiating factors of this IPCC report is the ability of scientists to attribute specific extreme weather events.

Any ongoing future warming is significantly increasing the occurrence of extreme weather events, which would result in catastrophic social and economic consequences directly in the affected areas and by proxy in unaffected areas. Due to the intensification of the globalisation process, climate change consequences cannot be perceived and studied outside of the global framework. An ‘optimistic’ projection of a 1.5 °C temperature rise will produce “an increasing occurrence of some extreme events unprecedented in the observational record“. Moreover, sea-level is expected to rise by half a meter by 2100, and it is not excluded that it might rise by two to five meters. The high range of possible outcomes is explained by the lack of knowledge about the ice sheets instability processes.

The leading IPCC authors concluded that it still might be possible to completely avoid warming of 1.5 °C. In order to accomplish that goal, the whole world would need to guarantee the reduction of emissions by 50% by the year 2030 and by 100% by the year 2050. If, however, the world leaders would be reluctant to effectively implement policies and measures aimed to drastically cut the emissions by the time of the next report of the IPCC, the prevention of the 1.5 °C warming would be inevitable.

The WG1 Report indicates that the global carbon budget to keep the temperature below 1.5 °C is estimated at 500 billion tonnes of greenhouse gas.

The report also states that rapidly reducing methane emissions is essential for buying time for carbon dioxide emission cuts to take the effect.

Such position was already acknowledged by various political leaders, many of whom (e.g. Vice President of European Commission, Frans Timmermans) stated that it is still possible to avoid the indicated 1.5 °C change, but only if the actions are taken immediately.

The Sixth Assessment Report is likely to facilitate the process of States imposing more stringent requirements on companies. It is likely that the new climate-related regulatory architecture may include regulations on the phase out of coal power plants and internal combustion engines, compulsory climate reporting due diligence for corporates and the financial sector, climate stress testing for banks and insurers in combination with the supervision from the sector regulators, anti-greenwashing polices for the investment products, as well as carbon taxes.

The discussions on the report and what steps must be taken are expected to be the central topic during the upcoming COP26 (2021 United Nations Climate Change Conference) which is taking place in the beginning of November in Glasgow.

In EU, the IPCC report raises the concerns on whether the adopted “Fit for 55” package of EU legislations will be sufficient in the light of predicted the 1.5 °C increase and the subsequent consequences.

In the area of the climate litigation, the Assessment Report is likely to have a significant impact. The information outlined in the report strengthened the position of the climate litigators. The director of ClientEarth’s, Maria-Krystyna Duval, said: “The boards of individual fossil fuel companies should be preparing for their day in court”, while Greenpeace stated: “We’ll be taking this report with us to the courts”.

According to the Grantham Institute’s Report (July 2021) on global trends in climate litigation, there has been an exponential increase in climate change litigation worldwide.

Some cases address not just States lack of action but also companies and the financial sector.

There are already cases of measures legally binding duties being taken imposed on the companies with a large carbon footprint. For instance, based on an uncodified duty of care in Dutch tort law, the Hague Court recognised that Shell has an “obligation of result” to reduce CO2 emissions resulting from the Shell group activities, and a “best-efforts obligation” to reduce emissions generated by its business operations, including suppliers and end-users.

From the investor’s perspective, the IPCC’s latest findings are likely to result in more concrete demands to the boards (specifically in the carbon-intensive sectors) to start implementing necessary polices and target plans.

The Report’s factsheet can be accessed here: https://www.ipcc.ch/site/assets/uploads/2021/06/Fact_sheet_AR6.pdf

The Report’s Policy Makers Summary can be accessed here: https://www.ipcc.ch/report/ar6/wg1/downloads/report/IPCC_AR6_WGI_SPM.pdf

The Technical Summary can be accessed here: https://www.ipcc.ch/report/ar6/wg1/downloads/report/IPCC_AR6_WGI_TS.pdf

Information about the Dutch ruling on the Shell case can be accessed here: https://www.bloomberg.com/news/articles/2021-06-04/what-a-dutch-court-ruling-means-for-shell-and-big-oil-quicktake