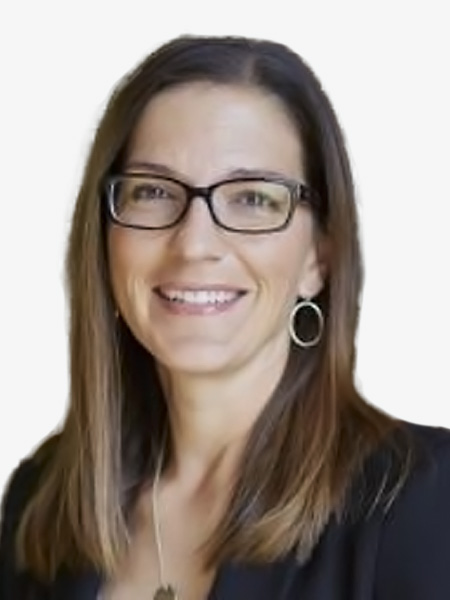 About the Author: Professor Megan Wischmeier Shaner is the Arch B. and Jo Anne Gilbert Professor of Law and a Presidential Professor of Law at the University of Oklahoma College of Law. Professor Shaner teaches and researches in the areas of business associations, corporate governance, mergers and acquisitions, and transactional law. Her scholarship has appeared in a number of books and law reviews, including Boston College Law Review, William & Mary Law Review, U.C. Davis Law Review, George Mason Law Review, and The Journal of Corporation Law.

This blog post is based on oral remarks offered by Professor Megan Wischmeier Shaner as part of a discussion group entitled “First Things First: Is Short-Termism the Problem?,” convened on July 29, 2021 as part of the 2021 Southeastern Association of Law Schools annual conference at the Omni Amelia Island Resort.

Ernst and Young’s “Study on Directors’ Duties and Sustainable Corporate Governance” (“E&Y Report”) focuses on the board of directors’ role in short-term decision-making and behaviors in the public corporation. The board of directors is, however, only one component of a corporation’s management. While corporate statutes task the board with the ultimate responsibility for managing the business and affairs of the corporation, much of the day-to-day management is delegated to officers, in particular senior executive (or C-suite) officers. “Typical functions of the officers include entering into ordinary business transactions, devising business strategies, setting business goals, managing risks, and generally working with subordinates to ‘
lan, direct, or coordinate operational activities.”’[1]  Given the role officers play in corporate affairs, proposals to address corporate decision-making and short-termism should consider each of the board of directors and officers. Importantly, statutes and case law make clear that the roles, responsibilities, and authority of directors and officers are fundamentally different. So, while the E&Y Report’s discussion and recommendations regarding the board may have some applicability to officers, separate consideration and discussion of officers and short-termism is warranted. Accordingly, this post discusses the following specific question: Assuming corporate short-termism and its effects are harmful,[2] what kind of incentives do (or could) officers have to overcome it?

Before delving into specific incentives for officers as a means of combatting corporate short-termism, it is important to keep in mind two broader frameworks in which officers and incentives exist. First, officers are only one piece of the corporate governance puzzle. Corporations have three main groups involved (albeit to differing degrees) in managing the enterprise – the board of directors, officers, and shareholders. Recognizing that these corporate actors do not exist or operate in isolation means that each group may contribute to short-term corporate behavior in different as well as overlapping ways, creating a complex, multifaceted problem that requires a comprehensive solution. This post is only looking at one piece of this puzzle. Second, incentives can come in two basic flavors – self-administered incentive systems and government-sponsored incentive systems.[3] These different incentive systems are not mutually exclusive and can, if structured properly, be complementary in effecting behavioral change. There are, however, different benefits and drawbacks for each incentive system. The possible incentives to reduce or prevent managerial short-termism discussed in this post are largely focused on self-administered incentive systems that come from the corporation, but these incentive systems could also have a governmental component or basis to them as well.

The two most frequently cited phenomena producing managerial short-termism are (i) the structure of executive compensation packages, and (ii) myopic shareholder preferences.[4] The following reforms are aimed at addressing one or both of these causes.

A variety of proposals aimed at reforming and redesigning corporate executive compensation structures to better align management interests with shareholders’ and long-term corporate interests have been put forth by scholars and legislators.[5] The common theme that weaves its way through executive compensation reform discussions is lengthening the investment horizon on senior management’s equity positions in the company, thereby mitigating the incentive to make short-term decisions followed by a liquidation of their holdings. While such reform can impact management behavior, other commentators have cautioned that executive compensation reform alone will not be enough to solve short-termism.[6] The pressure for corporate management to maintain current stock prices comes from many different angles. As Professors Polsky and Lund have argued, the evolution of corporate governance mechanisms such as proxy access, say on pay, and proxy advisory firms coupled with the rise of shareholder activism have made management more sensitive to shareholder desires.[7] To the extent shareholders, especially activist and institutional shareholders, prefer short term results, such preferences will impact management decision-making regardless of compensation structures. And to the extent the board of directors is, as the E&Y Report found, focused on the short term, such preferences will naturally impact officer decision-making and how the board evaluates managers’ performance.[8] Thus, even if compensation packages were structured to incentivize officers to prefer long-term gains, pressures from shareholders and the board to maintain current stock prices, and the threat of being fired for perceived poor performance, will result in more attention being focused on short-term benchmarks.

The exact contours of a corporate officer’s fiduciary duties are not well-defined, even in Delaware.[9] As a result, the area of fiduciary duties provides space for the courts to develop and shape officer obligations in a way that can impact managerial behavior and decision-making to incentivize long- versus short-term considerations. Indeed, Delaware courts are well-known for crafting standards of review for directorial fiduciary duties in a way as to influence board behavior.[10] Accordingly, the courts could do the same with respect to corporate officers. Of course, it is important to keep in mind that any incentives arising from the common law would require lawsuits being brought before the courts, providing the judiciary with the opportunity to opine on such matters.[11]

A board of director’s duty of oversight buttresses officer duties, tasking the board with monitoring officer decision-making to ensure it complies with such obligations.[12] Similarly, shareholders can institute derivative litigation to hold officers accountable for fiduciary breaches. However, as was raised in the context of executive compensation reform above, if short-termism is due, at least in part, to shareholder and/or board preferences for short-term gains, looking to fiduciary duties, shareholder litigation, and board oversight to combat short-termism may not be effective. Or, on the other hand, as Professors Polsky and Lund posit, if short-termism is due, at least in part, to increased officer accountability, then increased liability for fiduciary duties may have the opposite effect of that which is desired.

Short-termism, its causes, and possible solutions are hotly contested topics. Regardless of which side of these debates you fall, what is clear is that short-termism and related issues are complicated with no easy solution. As the discussion in this post reveals, given the complexity of the public corporate form, incentives need to account for how officers are positioned within corporate hierarchy as well as competing interests and incentives that influence officer decision-making and behavior. In addition, whether incentive systems will be more effective if structured as self-administered or government-sponsored necessitates careful consideration before implementation.

[2] This post assumes that short-termism is a problem in need of remedying – a proposition which is highly disputed.

[7] Id. One proposal to ameliorate shareholder pressure on executives would be to length the timeframe in which shareholders vote on executive pay. The Aspen Institute, American Prosperity Project: A Nonpartisan Framework for Long-Term Investment, at 11 (Dec. 2016), available at https://www.aspeninstitute.org/wp-content/uploads/2017/01/American-Prosperity-Project_Policy-Framework_FINAL-1.3.17.pdf. For example, changing from voting on executive pay on a yearly basis to doing so on a 3-year cycle.

[8] The board can influence officer behavior and decision-making through its formal agenda setting function as well as the more informal tone the board sets for corporate culture. By way of example, Professor Victoria Schwartz has written about how corporate privacy failures can be attributed to the tone and policies set by directors and senior executives who do not highly value privacy. Victoria L. Schwarz, Corporate Privacy Failures Start at the Top, 56 B.C. L. Rev. 1693 (2016).