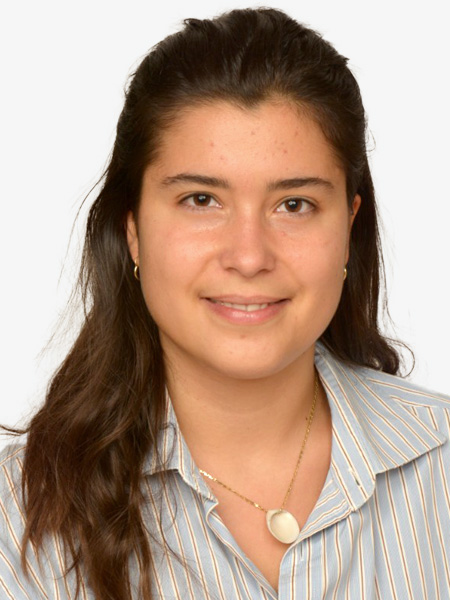 This blog post is based on the intervention of Elena Lunder in the webinar on Trading Fairly and Prompting Decent Work in Global Supply Chains that took place in the series of webinars Sustainability Talks, on the 21st of April, organized by the Nova Centre on Business, Human Rights and the Environment.

About the author: Elena Lunder is a policy and project advisor at the Fair Trade Advocacy Office, where she works as the lead on the work on human rights and environmental due diligence focussing on knowledge co-creation, and advocacy work to ensure the upcoming framework for mandatory human rights due diligence leads to positive impacts for workers, smallholder farmers and artisans in global value chains. Combining her background in European studies and human rights law, she has started working at EU policy level with the Fair Trade Advocacy Office in 2019.

Fair Trade as a social movement is a trading partnership that seeks greater equity in international trade. How is equity defined or how would you say it is defined by the Fair Trade movement?

I think, as you recognise, it can be really important within the conversation on business and human rights. And I think the way the Fair trade movement is approaching the concept of equity and really what is the basis of the movement itself can be really a useful area to exploit. It is based on the idea that global trading needs to work towards the rights of producers and workers in marginalised positions, that it is a trading partnership and not a relationship that enables exploitative conditions. Tt the core of the Fair Trade movement is the idea that global trade should be based on partnership and not exploitation. And this came out of the observation, which we can see in many sectors, including the ones that the Fair Trade movement knows best and also that I am familiar with most – agri-food supply chains and textiles. It is evident that power relations in global value chains are massively asymmetrical. In the cocoa sector for example,  there is a large number of smallholder farmers producing 90% of the world’s cocoa, who then sell to a small number of traders, a small number of brands, which creates this power imbalance where traders and buyers have almost a complete power to impose specific trading conditions uponsmallholder farmers that they are dealing with. This can lead and this has often led to basically the general trade in agri-food being based on unfair trading practices, where buyers are now able to impose prices that are below the cost of production, contract conditions that put suppliers in disadvantaged positions and lead times that put undue pressure on suppliers and in that way also endangers or forces them to produce in ways that might not comply with human rights or environmental standards. So, from the perspective of the Fair Trade movement, the most important approach here is to focus on this relationship. We need to look at purchasing practices. We need to focus on making these relationships more equal…

Addressing purchasing practices, one of the most important and difficult points to address here are prices, that are currently being forced down to even below the cost of production for many commodities. There is a study from ILO, from 2017,[1] for example, that found that 40% of producers across sectors that were asked interviewed for this study sold their goods below cost of production. So, and this was just across sectors, in some sectors it’s higher in some sectors it’s lower, but it really shows how it is impossible that we strive for better conditions for smallholder farmers, for workers in terms of human rights or environmental standards, if they are still forced to produce on costs below the costs of production. It is really the basis of developing better standards in global value chains to also look at this race to the bottom in prices.

So, basically, our approach to equity boils down to creating more equal power relationships and a fairer distribution of value.

What are the main principles of Fair Trade and the Fair Trade movement? And what do they advocate for that, for changing the global economy and how it works?

Before diving into this, I would just like to emphasise, that when we talk about the Fair Trade movement, we talk about a broad and diverse group of organisations. So, I think most of the time when we say Fair Trade, we think of a label, and this is a big part of it. But there are also numerous social enterprises working towards more sustainable business models and on policy changes and other competing measures and so on. And so, it’s quite a diverse set up and it’s hard to speak about it as that as one. But when it comes to principles, yes, and I already touched upon the most important one in my first answer, which is trade as partnership and not predatory exploitation. And then this is followed up by more detailed approaches such as the approach to specific formulation of trade partnerships through rules on Fair Trade practices with specific terms and conditions and contracts that enable a more partnership-based relationship between suppliers and buyers; fairer prices – there is, but again, this is difficult to say because different schemes have a different approach to fairer prices Looking at one Fair Trade label, the minimum price aims to cover producers’ average costs of sustainably producing their crop and acts as a safety net when market prices drop.. It also has a premium on top that is up to the producer cooperatives to use as it’s seen fit in the local context. This, of course, is an uphill, I don’t want to say battle, but with ongoing work towards to improving this continuously.

There is also a very strong emphasis on, partnership also in decision making. This is also the basis of the structure of all the organisations, really. And that is visible in the structures of the general assemblies, of boards of directors and so on, which again differ per organisation, but this is the common standard. And there’s also generally more women present in this decision-making roles than in other organisations. Again, this is also an uphill journey that is being continuously improved. Another element of this partnership approach is also long-term trading relationships. So, in addition to having specific terms and conditions in contracts and a specific approach to prices and collaboration, there’s also an emphasis on maintaining these relationships long term because this gives security to all parties involved. Then smaller organisations that generally do not have such, financial backup  have security to invest in more sustainable methods. They have security in knowing they will be receiving income in the next few years. It’s one of the most important points that we talk about here. Yeah, I think this would be it. But of course, the basis of these principles is ongoing work to continuously improve.

At the European level there has been a legislative push for mandatory human rights and environmental diligence. From a policymaking perspective, should Fair Trade be integrated completely in the human rights’ due diligence discourse and legislative proposals or doing that would take the focus away from the Fair Trade movement itself?

That’s an interesting thought. We were never this ambitious, really, to just completely mainstream fair trade into the due diligence proposal. Or better, fair trade should not be integrated completely into the EU mandatory framework. But I think the way we imagined it, it’s already really strong to just look at due diligence from the Fair Trade perspective and from the principles that Fair Trade movement and include those. The partnership approach, including purchasing practices, long term sourcing relationships and meaningful stakeholder engagement are all elements that need to be reflected in due diligence legislation. Addressing bad purchasing practices as part of the due diligence process, is essential to avoid the risk of companies passing on costs of their due diligence obligation to their suppliers through cascading clauses that would translate into disproportionate burden for smaller actors up the chain. Mandatory due diligence should lead to changes in business models that often hinge on underpaying raw materials and the work that goes into final products.[2] [3]

Also, I think that it is more important that the principles of the Fair Trade movement are reflected in the EU policy than keeping the focus on the movement. Still a lot can be gained from continued cooperation. There is a lot of expertise on relationships in global value chains in the movement and it offers examples of good practices and tools that can be transferred into other contexts as well.

The new upcoming EU directive and maybe also other hard law initiatives that have been brought up in Europe on environmental and human rights due diligence, specifically, the ones that have civil liability schemes associated with them, can also foster corporate responsibility as to what concerns Fair Trade licensing. So, in case a company uses a Fair Trade certification and does not comply with its standards, if the company is also violating human rights or environmental principles or environmental law, and could a lawsuit be brought against this company on that basis?

I don’t know if that would go under the due diligence proposal, I think this would just be on the certifier to remove the certification if the licensee does not comply with its standards. And for the violation of human rights and environmental standards or law, the company should liable under the due diligence directive regardless of their certification. I really hope that the directive would not allow a company to claim that they comply with their due diligence obligation if they have a sustainability label.  It should not be possible to outsource responsibility in that way. Companies can use certifications only as tools and under strict unified criteria that should be set by the Commission.  There is also an upcoming legislation at EU level that will look at green claims and will provide some standards on what labels can say regarding their impact. One problem is using a label and not complying with it, and the other  this sea of sustainability labels that consumers no longer know if they can rely on or not. So maybe in combination with that, it might be a different field out there in in a few years.

Do  you have any final words you’d like to say today?

Thank you so much for having me here, as part of this panel, I think it was really interesting to exchange with everyone and to also hear other two speakers Margarida and Leonard and their approach to this topic. And I hope we can exchange in the future. I think it can be quite fruitful to think about different initiatives at EU level and how this could fit into the conversation about mainstreaming Fair Trade. If something stays with you from my inputs from this conversation, it really should be that here in global trade, when it comes to business responsibility, we’re talking about partnerships, we’re talking about fair distribution of value and fair distribution of risk, fair distribution of cost, fair distribution of responsibility. Generally, just a fair relationship between actors based in the European Union and their partners globally, but also between economic operators within the European Union. We should not forget that. So just to base our collaboration on respect and consider the importance of facing these challenges throughout the global value chains and invest in concrete work together instead of just another paper exercise.

[2] Here is more on our position on how FT principles can be transferred to HREDD: final.pdf (fairtrade-advocacy.org)

[3] More on the position of smallholder farmers in due diligence: Legislating for Impact – Three Recommendations to Make Human Rights and Environmental Due Diligence Work for Smallholders – fairtrade-advocacy.org